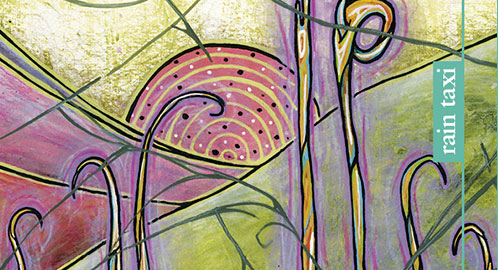 Writing Sontag's Life and Work: an interview with Benjamin Moser
Interviewed by Allan Vorda
Moser discusses his revealing, in-depth portrait of one of the twentieth century’s most powerful intellectuals.

The Poet Who Hated Poetry But Wrote It Anyway:
An Interview with Jose Padua
Interviewed by bart plantenga
Jose Padua’s new book explodes like a cluster bomb of hilarious, acerbic, menacing, satirical, clear-eyed, and self-effacing poetry that uncomfortably lays bare his experiences growing up as a Filipino in a white world and an outsider-bohemian in an overly ambitious culture.

“A very full, large, and luminous space”: the poetry of Amanda Berenguer
An Interview with Kristin Dykstra and Kent Johnson
Editor/translators Dykstra and Johnson discuss their motivations and challenges in their collaboration to bring a ground-breaking anthology of work by Uruguayan poet Amanda Berenguer into the hands of an American audience.
Interviewed by Peter Boyle

The Fertile, The Fecund, The Leaky, The Bizarre, THE END: A Discussion of Forms, Labor, the Feminine, and Public Space
A conversation between MC Hyland and Rebecca Lehmann
Two poets discuss the inception and creation of their recent poetry collections.

What Shirt Color is Left? Fado, Salazar, Pessoa, and Saramago:
A Report from Lisbon’s DIS/QUIET Literary Program
Antonio Salazar was the 20th century’s most enduring dictator, and Schneider explores two literary giants who took on his regime in differing ways.
essay by Mike Schneider

Nobody’s Fool: The Life and Times of Schlitzie the Pinhead
Bill Griffith
Cartoonist Bill Griffith tells the fascinating story of the sideshow attraction who inspired the creation of his most enduring character, Zippy the Pinhead. Reviewed by Christopher Luna

Shit I’ve Cried About, Volumes One Through Five
Smeyer
Centering on queer love and offering an outline of the struggle for visibility in a nihilistic culture, this pocket-size volume gives us remembrances and recognitions of the author’s sadness. Reviewed by Michael Workman

Things That Go
Laura Eve Engel
Engel’s debut collection, Things That Go, is on its surface framed around the biblical tale of Lot’s Wife. Reviewed by Greg Bem

Doomstead Days
Brian Teare
In his new collection, Brian Teare offers an honest account of what we’re doing to our planet, while somehow never resorting to despair. Reviewed by John Bradley