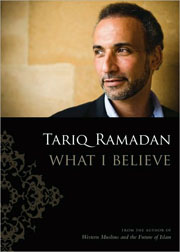 In a 2003 television exchange with then French interior minister Nicolas Sarkozy, the controversial theologian Tariq Ramadan called for a moratorium on the Islamic practice of stoning adulterous women to death. “Are you serious?” Sarkozy responded, “A moratorium, that is to say, we should, for a while, hold back from stoning women?” While Sarkozy quickly turned the issue into a moral indictment of Ramadan (“Mr. Ramadan, if it is regressive not to want to stone women, I avow that I am regressive,” said the polished-for-television politico), Ramadan’s comments deserve close reading. Debating the future president of France on national television, Ramadan argued not for a given position on stoning (he opposes it), but, rather, emphasized the need for change in Islamic legal practices to come from within the Islamic community:

I can please the French people who are watching by saying, “Me, my own position.” But my own position doesn’t count. What matters is to bring about an evolution in Muslim mentalities . . . today, I speak to Muslims around the world, and I take part, even in the United States, in the Muslim world . . . You should have a pedagogical posture that makes people discuss things.

Later, in one of the many interviews in which this now infamous exchange was mentioned, Ramadan attempted to clarify. “Personally, I’m against capital punishment,” he told Ian Buruma of the New York Times. “But when you want to be heard in Muslim countries, when you are addressing religious issues, you can’t just say it has to stop. I think it has to stop. But you have to discuss it within the religious context. There are texts involved.”

Much is made of how difficult it is to get a bead on Ramadan’s thought, to sift through his statements and make sense of what he really means; yet he is as rightly famous for the lucid quality of his writing and speaking as he is for the shadowy innuendo which supposedly haunts his statements. Ramadan’s most recent book, What I Believe, is essentially another attempt to clarify his method and stance. A figure of notoriety because he is believed to straddle the “Western world” and the “Muslim world,” Ramadan unceasingly seeks to prove this division false. Not only are there no “closed, monolithic entities” such as these supposedly clashing “civilizations,” but human identity is also not an either/or issue. Ramadan, like all of us, is simultaneously one thing and another—a Muslim and a European, for instance. (In What I Believe, Ramadan cites an example offered by Amartya Sen, that one can be both a poet and a vegetarian, and no confusion will result at dinner.)

Alas, when it comes to Muslim identity in contemporary Europe and America, suspicions run deep. As Ramadan writes, “I fully accepted both my Muslim faith and my Western culture and I claimed that this is possible and that common values and hopes are more essential and more numerous than differences. Conveying that message is difficult in this time of impassioned debates dominated by confusion and mutual deafness”—not to mention distortions of facts and outright anti-Islamic sentiments, aspects Ramadan addresses as well.

The television debate with Sarkozy offers a prime example of Ramadan’s role as a voice of reform within the Islamic tradition. As he explains in What I Believe,

My approach has constantly been to develop themes in three distinct steps. First, I quote the sources: here is a verse or a Prophetic tradition (hadîth) and this is the literal meaning. Second, I explain the different readings offered by scholars in the course of history as well as the possibilities available for interpreting the said verse or hadîth, because of its formulation or in light of Islam’s message. Third, starting from the verse (or hadîth) and its various possible interpretations, I suggest an understanding and implementation that take into account the context in which we live.

Ramadan gives concrete examples in this text as well as in his many other books, including In the Footsteps of the Prophet: Lessons from the Life of Muhammad (Oxford, 2007), likewise geared toward a popular audience of Muslims and non-Muslims alike. Put even more simply, for Ramadan, claims advanced within Islam—be they social or legal, ethical or metaphysical—must emerge from the matrix of Islam itself, specifically the texts that represent divinely revealed tradition. For Ramadan, the Quran is the direct word of God, and the life of the Prophet is an exemplary template for human action. This is what he means when he says, “there are texts involved.” When he notes that to address beliefs held by Muslim communities one cannot merely impose another belief, from outside, without reference to Islamic tradition, he is reiterating the basic claim that religious beliefs are not merely adopted on a whim but emerge out of a deep lineage of interpretation. For Sarkozy, such a situation is shocking—“Are you serious?”—because he reads it as implying a dichotomy of commitments, putting two communities, French and Muslim, in conflict.

Ramadan insists not only that one can have simultaneous allegiance to God and country, religious tradition and citizenship, but also that the ideals of pluralistic democracy align with the ideals of Islam. He nonetheless espouses a revolutionary agenda in the sense that he longs for a complete ethical overhaul of the world. The ideals of pluralistic democracy are not the same as the lived practice of today’s supposedly pluralistic democracies, after all. Yet Ramadan’s revolutionary vision is precisely that of a theologian addressing specific issues (environmental degradation, a culture of consumerism, worker oppression, gender inequalities), articulating moral critique, and working toward a renovation of real human relations rather than some petty theocracy.

This larger agenda and its roots in interpretive tradition are outlined in the masterful but more academicRadical Reform: Islamic Ethics and Liberation (Oxford, 2008). In What I Believe, Ramadan offers a more intimate, autobiographical expression of his goals and methods, dwelling in particular on the “pedagogy of solidarity” that motivated his comments on French TV. Rather than speak from outside (people who believe in stoning are wrong!), Ramadan engages the texts and logic of the Islamic tradition that he shares with all Muslims. At the same time, he speaks to non-Muslims, parsing out the Islamic tradition and its logic while emphasizing the necessity of authentic human engagement by all parties—not reductionism, not polemic, not hysteria or hatred. In a time of hostility, suspicion, even paranoia about Islam and Muslims, what Ramadan says (or doesn’t say) is sure to be much debated. What I Believeoffers an accessible and at times quite moving entrée into the thought of this important figure.