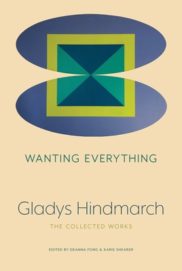 For the past several decades, Vancouver British Columbia has played host to a lively poetry scene that in many ways mirrors the one 1500 kilometers down the Pacific coast in San Francisco. The beginnings of the Vancouver scene date back to the late 1950s, when recent University of California graduates Warren and Ellen Tallman began hosting informal gatherings in their home with Warren’s University of British Columbia students. This led directly to key developments, including the founding of the highly influential small press poetry magazine Tish (which was followed by a plethora of other Vancouver magazines and presses over the years) and the groundbreaking 1963 Vancouver Poetry Conference. Major poet-figures of the period such as Robert Creeley, Charles Olson, Philip Whalen, Robert Duncan, Robin Blaser, and Jack Spicer all made significant appearances—often staying with the Tallmans, who hosted infamous parties and used their home as a makeshift venue for events.

Since the earliest Vancouver gatherings, Gladys Hindmarch has been an active participant. Wanting Everything brings together both published and unpublished works along with several interviews and oral histories discussing the scene and memorable individuals involved, providing a remarkable testament to the vast extent her life has been intrinsically rooted within the local poetry community. As a student of Tallman’s, Hindmarch spent many afternoons at the Tallman home that stretched into evening dinners. While never officially an editor of Tish, she was nonetheless an integral contributor to the discussions from which it arose. Even if, as the editors here note, Warren Tallman felt that “the literary action that takes place in the domestic space of the house, involving Ellen Tallman and Hindmarch, is a kind of private history that doesn’t belong in print or the public record,” Hindmarch never took such judgment too much to heart and pragmatically continued pursuing her own writing, regardless of any lack of public acknowledgment by men in the literary circles through which she moved. As she says in an interview with the editors, “I’m drawn to poetry, because why else would I put up with those guys?”

Although Hindmarch’s relationship to the poetry scene is an intractable, central preoccupation, poetry per se is not a central concern of this book; poets as personalities, however, undoubtedly are. After all, Hindmarch is not herself a poet but rather a writer of fiction—yet her clipped prose reads as a poet’s might, focused on the immediacy of physical space and event, as in this passage from her linked short story collection The Watery Part of The World:

A mop next to my eye, wet, through the porthole from the fiddley, twirling. I get up, move to the side, stand next to the railing and watch, without saying anything. The mop moves to the side, quickly, back to the other side, then up and down, more slowly, retreating, a small circle, then in.

As the editors put it in their Introduction: “her location among poets is obvious. Hindmarch’s work embodies the notion of proprioception that was so central to the poetics of the TISH group and other experimental writing in the West Coast tradition. In her writing, ‘sensibility within the organism’ is revisited as a feminist stance that connects the experience of the body. . . with a keen observational reading of situations, the self, and others, played out in sentences carefully constructed and as rhythmic as verse.”

In Hindmarch’s writing, the body indeed takes a prominent role, both centering the text and seamlessly pivoting the reader’s attention to an awareness of the writer’s gender:

Up the ladder. Ocean air comes down and through my greasy uniform, slaps my face, neck, arms, chest, my belly as I near the opening. The salt air touches/surrounds all of me as I step out into it. I breathe deeply. Salt air in as ribs move out. I float at the bottom of this heavy ocean, glide along the blood-red floor. I want to merge with the real ocean, yellow and green, to fall into it. That’s too easy. Not at all. Stay here in air.

In 1965, after a number of successful visits and events in Vancouver, Jack Spicer came under serious contention for a position at then newly founded Simon Fraser University. When he unexpectedly passed away at home in San Francisco, his close friend Robin Blaser, another significant figure in the San Francisco poetry scene, took his place, permanently relocating to Vancouver. Hindmarch stresses the impact Spicer and Blaser had upon her own work and the larger Canadian scene:

I would say that my stories, the boat stories which became The Watery Part of the World, and The Peter Stories would be affected by Jack; and then, to some extent, A Birth Account, where I just let those things come, in just like moments, and there was no revision (and he’s strongly against revision). . . I’d say he had probably a very healthy and strong effect on much of the writing here, and in Canadian poetry in general. So when people say, “It’s all Black Mountain,” I say, “No, you have to say Black Mountain and Jack Spicer.” And Robin Blaser, too, who came to teach up here.

Hindmarch’s body of work is remarkable not only for being one among many of consequence by the Vancouver figures who flourished during this period, but also for supplying an example of a largely untold backstory undergirding that scene. While a stellar creative achievement, it is also a lasting contribution to Women’s Studies as well as the broader cultural, social, and literary history of Vancouver and Canada writ large.