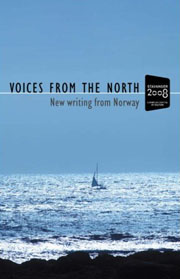 The early 1990s saw the publication of such titles as Gillian Tindall’sCountries of the Mind: The Meaning of Place to Writers and James Howard Kunstler’s The Geography of Nowhere: The Rise and Decline of America’s Man-Made Landscape; their cover texts describe Tindall as “concerned with the relationship between place and personal identity,” and Kunstler as tracing “America’s evolution from a nation of Main Streets and coherent communities to a land where every place is like no place in particular.” In 1995 Gary Eberle issued a small volume with the same title as Kunstler’s, though with the subtitle Finding One’s Self in the Postmodern World. And Gaston Bachelard’s “classic look at how we experience intimate places,” The Poetics of Space, first issued in Paris 1958, found new audiences due to its reissue in the ‘90s. Enough said to suggest a mental trajectory from a modern geography of somewhere—specific places for self-identification—to a postmodern geography of nowhere—full-blown absences for self-displacement.

Voices from the North, anthologizing “New Writing from Norway,” is supported by NORLA (Norwegian Literature Abroad) on the occasion of the city of Stavanger’s selection to European Capital of Culture 2008. Its aim is “to give authors from Rogaland [the county including Stavanger] in Norway the chance to be read in the English-language book market. Rogaland has fostered many great authors, and the 1990s in particular was a long golden age for the region, during which all the writers included here published their first works.” In fact, the anthology interjects itself between the geographies of somewhere and nowhere to which this decade was beholden worldwide. These are, then, texts in which seven contemporary authors render their Stavanger and its environs present or absent.

Editor Steinar Sivertsen’s introduction reminds us that Stavanger was once home to three canonical Norwegian writers: the “European Arne Garborg (1851-1924); the realistic short-story writer, novelist and social agitator Alexander L. Kielland (1849-1906), and the neo-romantic modernist Sigbjørn Obstfelder (1866-1900).” It’s a useful reminder that yesteryear’s literary masters were a no less diverse group than the anthologized (and amply characterized) authors at hand.

The actual opening text, following the editorial introduction, is by Kjartan Fløgstad, by far the most famous among the seven voices speaking from the anthology’s pages. His “A White Wooden City on the North Sea,” at once autobiographical, topographical, and historical, harks back to Kielland, whoseGarman & Worse became the indispensable pre-text for Thomas Mann’s classical novel Buddenbrooks. (Much seems to indicate that T.S. Eliot’s assertion, cited elsewhere, pertains to Mann: “The minor poet borrows; the major poet steals.”)

Of the coastal town itself, Fløgstad writes: “Before it became the Norwegian oil capital, Stavanger was the sardine city, a name which is distinctly disingenuous as the catches that created this wealth were not of sardines, but brisling. . . . Stavanger and its hinterland was, and perhaps still is, the blackest part of the Norwegian Bible Belt. The county of Rogaland and the area around the city are known as the Dark Continent. . . . Because of the discovery of oil, the Sea’s Silver was replaced about 1970 with Black Gold.”

So, a place with a dark past has become one with a bright black future. According to Hans Magnus Enzensberger, Norway is “a mixture of museum and futuristic laboratory.” To which Fløgstad adds: “The model Norwegian of today is an oil worker and a smallholder, both at the same time.” No less intertwined in literature are fantasy and realism, which Fløgstad regards as “the same thing.” True or false? Well, it’s certainly fleeting, and ever more fleeting! Altogether, Fløgstad’s six colleagues demonstrate six telling versions of this “fleeting.”

Johan Harstad writes in “Overview” about a young man who finds little time to visit his dying father but much time to arrange an all-encompassing to do list including the funeral arrangements. Both this and the next Harstad story end with an ambulance speeding by or colliding head-on. Death in the form of deadly silence also marks chapters from a novel by Tore Renberg, where evidence of outright family violence nearly drowns intimations of other transgressions; that the ultimate silence attempted by the victims becomes speaking is owing to Renberg’s craft.

While this dysfunctional order is homesteaded in Stavanger, Sigmund Jensen’s chapters from an ambitious cosmological novel conclude with murderous scenes of slaughter on the banks of the Ganges river. Conversely, chapters from Einar O. Risa’s biographical novel about the Dano-Norwegian painter P. S. Krøyer bring us back to Stavanger. Yet, Krøyer was both nationally and existentially divided, with his mother in town and his foster mother in Denmark; moreover, a chapter from Risa's novel I Don’t Go Out Any More, I Hover Over the City is literally all over the place.

Another transient return to Stavanger ensues in Øyvind Rimbereid’s topographic poetry: “Practically everything I’ve experienced, I’ve experienced / here / or in a geography not far removed. The landscape / and the city crisscrossed in each other / and in me and my friends. As if all of / us were enclosed in / all this openness. / But nothing outside?” This final (rhetorical) question gets answered in sections from the author’s adaptation of Stanislaw Lem’s novel (and Andrei Tarkovsky’s film) Solaris, in which, anno 2480, “Stavanger has merged with the neighbouring town of Sandnes,” while the language spoken is “a hybrid . . . of most of the languages to be found round the North Sea today.”

Most wide-ranging among these voices from the North is that of Torild Wardenær, whose prose poems conclude the volume with an impressive tour de force, but also an exercise in name-dropping across a vast terrain of science and metaphysics, of “everyday life, nature, geography, history, philosophy, imagination and the dream.” Perhaps the simplest part is a one-page collage reeling off a number of human anatomy’s soft spots besieged by an endless number of names, entirely in capital letters, of murderous weaponry, hard power, from all of human history. The implied message is hardly subtle, unlike such elusive texts as “Fifth metaphysical excursion” and “I am fixing my karma.”

In the best of these works Stavanger’s literal presence is no stronger than its virtual presence—and literal absence—as a springboard for transcendental moves in Norwegian sensibilities around 2000. The fleeting confluence of which Fløgstad spoke may be one where geographies of somewhere and nowhere conjointly evoke an elsewhere.