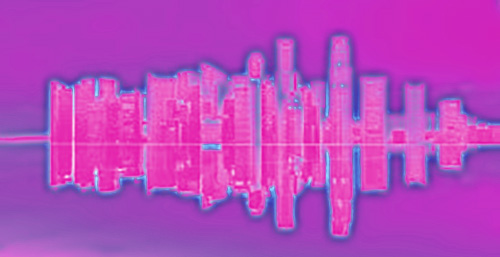 Based out of Singapore’s independent bookstore BooksActually, Math Paper Press is a cornerstone in the publication of Singaporean and Southeast Asian literature, its catalog featuring a blend of diverse poetry and prose titles by many individuals. The press and its collection bring new and emerging voices into one place and one canon, while also reinforcing established figures already active and vocal within the Singaporean literary community at-large.

While a mission statement isn’t readily available to the public, readers will find in Math Paper Press voices of writers from diverse backgrounds and varied writing styles who focus on their individuality, their own history, as well as the worlds that surround them. The press covers much range, and includes different ethnicities, aesthetics, subject matter, and tones. From publications by individual authors to entire anthologies, the press goes far.

I had the chance to read four recent poetry titles from Math Paper Press, each of which feels like a sibling to each other, and yet holistically different from each other. The books are compact in size and concise in impact.

The Woman Who Turned Into A Vending Machine 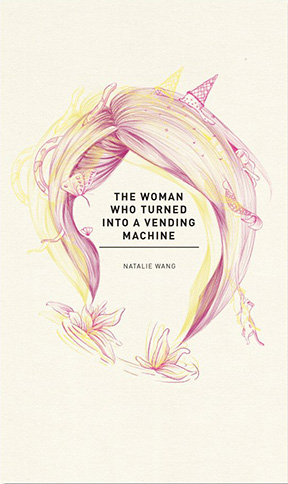 The Woman Who Turned Into A Vending Machine (2018) by Natali Wang defies the rigidity of genre to approach folklore and mythologies through experimentation. Wang writes of her own experiences of love and relationships, matching them with famous, historical records. From the selkie bride myth to the Ramayana to various Greek and Chinese myths, Wang’s poetry has its roots and inspirations scattered across the globe. These works are a rearrangement of the perceived reality of history and the present; they are mythological, and they also speak to contemporary love and strife. In Wang’s writing transformation is both literal and allegorical; in “(Painted Skin)” she writes: “Her favourite time of the day is when she gets home and climbs out of her skin, splitting it at her nape and peeling it down the rest of the body.”

Written in both prose and verse, Wang’s poems are surprising and contain moments of curiously grotesque epiphany and charm. In “After Sodom,” Wang reinterprets the story of Lot fleeing Sodom: “I sprinkled some of mother / into our soup, wondering what she would think / of me, of us.” Here, as in many other poems in the book, a spellbinding and ritualistic capacity for understanding is as distinct within the text as imaginable beyond.

In Wang’s words there are elements of truth that come much further into our shared, contemporary relationships than the ancient texts would have us believe. They are painful. They are full. They are artistic. In Wang’s debut book of poems, they are free to read and inspire our own relationships with allegory and metaphor. 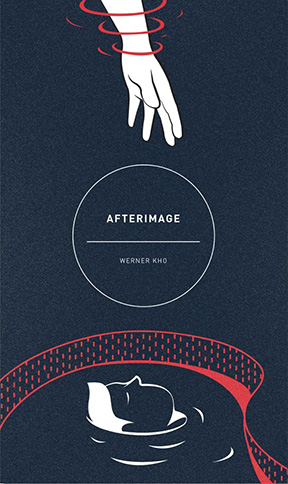 Another debut collection in Math Paper Press’s current catalog is Werner Kho’s Afterimage (2018). As the title would imply, the book homes in on themes of loss, the remaining substances, and the reimagining of the past to inform the present and future. What is the image that comes after the action, after the result of decision and happenstance? In “Dark Room,” the poet writes: “I am feeling / for the negatives: shadows // tangling in our confusion / of tongues, unclaimed spaces // of exposed longing.” Kho explores these ideas of periphery and possession both mournfully and methodically, exposing the fade of our experiences and the trajectory of the fade.
These poems read as inscriptions, as challenges, as internal and introspective reflections. They represent memories. They represent work the poet must do for relief. Afterimage thus offers not merely an image or sequence of imagery, but a story that is explored, traversed, endured.

Often this story is told by Kho with visceral descriptions and, as with the work by Wang described above, transformation. “Prying your tongue / from the roof / of your mouth, I find / my name decaying inside / like a cavity. Peel away / my lips and you’ll find / that I was always singing,” he writes in “Translation.” The body and the ephemeral are conduits for understanding those experiences long-passed. The bodies together form the story, and a resulting catharsis. A focus on the brutal, the estranged, the repressed is both shadowy and relieving; the book’s pages reflect the swollen core of a mortal humanity, of how we each exist through interpretations of how to remain once the story is over. 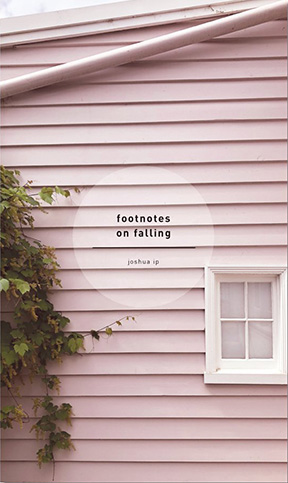 Beginnings and ends and aftermaths are dominant forces in footnotes on falling (2018) by Joshua Ip. The most conceptual in form and experimental in grammar of the four books reviewed here, footnotes is concerned with awkwardness, scattered thoughts, and a shuffled existence revisited. It is a book about shame and failure, strangeness and wonder. Its poetry is carried along by revelation and commentary and translation and the art of drawing conclusions, as exemplified in “The Letters”: “let’s say we let / this slide. let / pressure bleed. let / time tell. let the children / come to their / p000own conclusions.”

Often Ip writes with overt, intentional exertions of description and implication. The poems contain edges of subjects based on specific, intense experiences that spread across larger contexts. There is a generality that serves as a poet’s canvas. Language gets in the way—it’s bulky, cumbersome, even unwieldy at times. The result is a book that may not be easy to experience, a book that concerns the flutter of pages and the act of falling into the well of this poet’s knowledge and writing.

It would be remiss not to mention the elements of absurdity within these poems as well. While the poet’s seriousness creates a blanket of linguistic wordplay that coats and covers the book’s motifs, underneath that blanket is the hilarity that accompanies those moments of shame and failure that can only be hyperbolized, exaggerated to the point of ridiculousness. “put down the phone, you said / in the same slow even tone of voice / that one would say, put down the gun, / put down the knife, maybe the baby,” begins one poem. This cinematic and comedic wordplay unfurls into the body of the poem, into the body of thought that the poet explores. Enthusiastic in its extremity, Ip’s work binds together the morbid curiosity of our sourest livelihoods and the relief of wordplay. It is a joy to watch the poet’s mind explore both itself and the world that surrounds it.

In These Curved Spaces 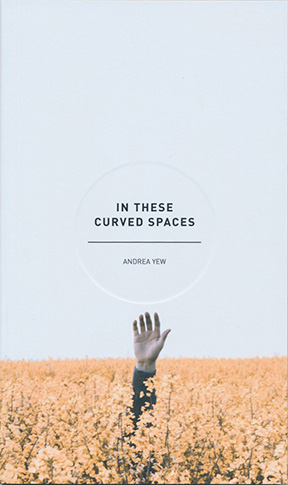 The three-part In These Curved Spaces (2019) by Andrea Yew provides another form of exploration: the phenomenon and process of sequence. Basing many of the poems on familial experiences and situations both recent and distant, Yew explores these spaces in logical ways. “An entire family sprang from the obliteration of another,” she writes. “The Prayer Poem” dictates the framing of logic and construct within Yew’s world. It is as maddening as it is filled with clarity, structure, and organization.

Often this organization is also about instruction: “begin with / two mattresses / hauled over small / shoulders,” begins an early poem in the collection, “How to Build a Fort,” in which the poet recalls the early, tactile process. “This is how you know it’s sweet. / This morning, love is a watermelon / and this market // is not a market” meanders the book’s first poem, “In the Fruit Aisle.” A balance between stoicism and captured emotion, these poems thread the needle between sorrow, joy, and intellectual understanding.

As we burrow through the first two parts of the book to the final third, these lenses of investigation and explanation open up into spaces of intimacy and more exquisite sensations of attraction—they move into the space of the self and the other. The dualism is uncanny and intensely passionate, and is padded with metaphor: “What we are is an animal / sticky in July heat. / It scratches the back of our throats, / rattles the windows with its fever,” goes “Would You Like a Raisin? How About a Date?” The book’s final poem serves as a manifesto, and curiously matches all of the books contained within this review:

In this dream, you think it is enough to write your history with words. Without history, you are a word without legitimacy. You are without baggage. You are without comfort. Your words have no etymology. You think that if you write enough, your words will write you a history.

Much of the work in Yew’s book, as well as in the books of Ip, Kho, and Wang, concerns history and its necessity, its contributions to art and to life. As a suite, a micro-collection of the Math Paper Press canon, these books are spotlights as well as vast tunnel systems pointing toward illumination, echo, and the attempt to meet truth through individuality. Each of these books approach humanity fully and differently, their identities capsules of their authors and their authors’ imaginations. In other words, the latest offerings from Math Paper Press are impressive, unique, and encouraging. They deserve a readership all over the English-speaking world.