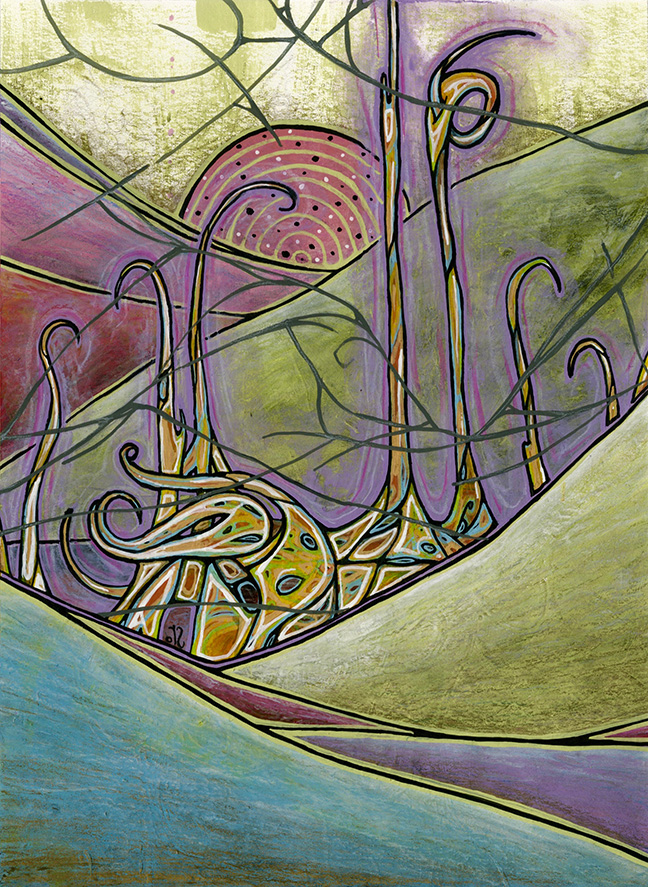 Samuel Robertson lives and works in Minneapolis, painting portraits and other miscellaneous commissions, including covers for books and music albums. He is available for hire. His other undertaking for over half a decade has been illustrating the King James’ Old Testament in a way that’s hard to explain. But author Blake Fitzgerald attempted to describe it, writing, “Never has the ostensibly familiar seemed so delightfully strange and the distantly foreign so immediate, vibrant, relevant, and human. Samuel Robertson’s Illustrated Old Testament is a triumph of visual beauty and a spelunking of Western culture’s foundational mythology to its very depths. We aren’t just getting a retelling of a story we’ve heard before. In his interpretation we find a hard-living culture, replete with bizarre norms, literal magic, alien taboos, and a toxic sense of honor. It is at once visually fresh, often hilarious, and fundamentally honest.”

With nearly 200 illustrations complete, and about 50 left to paint, Robertson aims to finish by Christmas Day, 2020. From there, he will publish all 250 illustrations alongside the entire text of the Old Testament, in a 12x12” 500+ page book, and he will then sell it door to door if that’s what it takes to get it out into the world.