in conversation with Jericho Brown

In her first book of new poems in twelve years, acclaimed poet Rita Dove investigates the vacillating moral compass guiding America’s, and the world’s, experiments in democracy. Deftly connecting history’s grand exploits to the triumphs and tragedies of individual lives—a trademark of the writer the Boston Globe has called “perhaps the best public poet we have”—and alternating poignant meditations on mortality with acerbic observations of injustice, Playlist for the Apocalypse (Norton) takes us from the smallest moments of redemption to apocalyptic failures of the human soul. Join us as we celebrate the launch of this remarkable new book by one of the greatest poets of the era. Rita Dove will be in conversation with Pulitzer Prize-winning poet Jericho Brown.

A copy of the book, including a specially signed insert by Rita Dove, can be purchased in advance using the button below! Books are provided by Magers & Quinn Booksellers in Minneapolis; purchasing here helps support them AND Rain Taxi’s virtual event series—thank you! 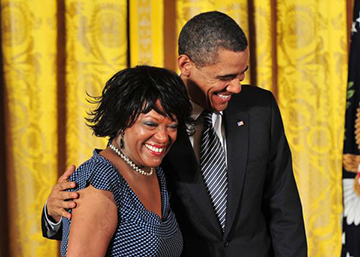 Rita Dove, a former U.S. Poet Laureate, is the only poet honored with both the National Humanities Medal and the National Medal of Arts. Her recent works include 2010’s Sonata Mulattica and the National Book Award–shortlisted Collected Poems: 1974–2004. Her many awards include the Pulitzer Prize, an NAACP Image Award, the Wallace Stevens Award, and the Hurston/Wright Legacy Award; in 2021 she was awarded the Gold Medal for Poetry from the American Academy of Arts and Letters. She lives in Charlottesville, where she teaches creative writing at the University of Virginia. 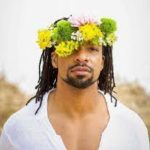 Jericho Brown is author of the The Tradition (Copper Canyon, 2019), for which he won the Pulitzer Prize. His previous books Please (New Issues, 2008) and The New Testament (Copper Canyon, 2014), won the American Book Award and the Anisfield-Wolf Book Award respectively; in addition to the Pulitzer, The Tradition won the Paterson Poetry Prize and was a finalist for the National Book Award and the National Book Critics Circle Award. Brown's poems have appeared in Fence, jubilat, The New Yorker, The Paris Review, and many other places, including several volumes of The Best American Poetry. He is the director of the Creative Writing Program at Emory University.