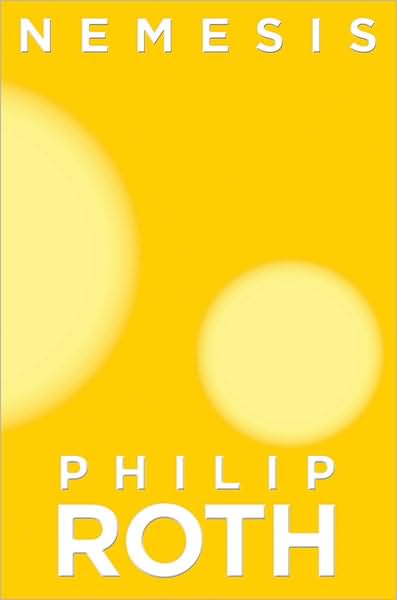 In Nemesis, his thirty-first book, Philip Roth returns to the well-trod ground of the Weequahic section of Newark, the setting of his first published work and the childhood home of some of Roth’s best-known protagonists—and of Roth himself. And, because the novel’s key figure, phys. ed. teacher and summertime playground director Bucky Cantor, is, unlike his Newarkian predecessors, “largely a humorless person,” the book, especially in the first of its three sections, reads like a paean to Weequahic, a kind of paradise that will be, in the course of the novel, irrevocably lost.

The novel’s title officially refers to the polio epidemic that strikes Newark in the summer of 1944. As war rages in Europe and the Pacific, the specter of paralyzing illness looms over the city’s playgrounds, threatening the “beautiful Jewish children” who are the pride and joy of their community. But the title also evokes Paradise Lost, hinting at Satan or “adversary,” at the destruction of Eden. Nemesis is not, by any means, a work of the same scope as Milton’s epic poem, but it is perhaps the strongest of Roth’s recent short novels. (These works—Everyman, Indignation, and The Humbling—have been grouped, in the list of “Books by Philip Roth,” under the heading, “Nemeses: Short Novels,” suggesting that Roth’s project in recent years has been the delineation of the enemies that threaten the fragile bliss of human happiness.)

But whereas Paradise Lost suggests that man is expelled from Eden through sin and willful transgression, Nemesis insists on “chance, and…the tyranny of contingency.” Even more frightening is its suggestion that man is undone not by his worst instincts but by his finest qualities. Bucky, brought up by his tough but loving grandfather and a kindly grandmother—his mother having died in childbirth and his father, a small-time gambler and embezzler, playing no part in the boy’s life—is, above all, fundamentally decent, neither brilliant nor self-reflecting but utterly devoted to doing the right thing. Kept from enlisting in the army by his poor eyesight, Bucky devotes himself wholeheartedly to bringing out the best in his young playground charges, but soon finds those in his care succumbing to polio. Questioning the God that could permit the senseless destruction of children, the God that could permit the death of the mother he has never known, Bucky flees from damaged Newark, taking up his fiancée’s invitation to join her at a Poconos summer camp. But his escape is freighted with the sense of exile, and when the vagaries of chance collide with Bucky’s sense of responsibility, tragedy becomes inevitable.

Nemesis is a profoundly sad book, though it is not, in a departure for Roth, an angry one. Bucky, not given to introspection, sees his future and his sense of self undone by circumstances he cannot understand. And though his life offers no possibility of returning to paradise, Roth allows, in the book’s beautiful closing moment, his tragic hero a final note of redemptive grace, an elegy of sorts to a lost paradise.