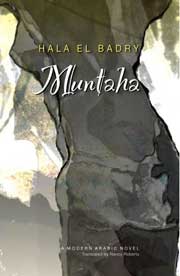 Some novels derive their power from an in-depth view of a single individual facing a crucial time in their life. Others offer a panoramic view of many lives, perhaps across the events of many years. Hala El Badry's novel Muntaha achieves a dual effect, following Taha Musaylihi, the mayor of a Nile-side village during the years just after the end of World War II, but also showing us the joys and struggles of life in the village during the first six decades of the 20th century. In the end, Taha's story is inextricably bound together with the stories of those around him—his family, first, but also the villagers on whose behalf he works, and even the story of Egypt as a whole.

In a period when Egypt is no longer a British colony but not yet an independent nation, and local authorities can be arbitrary and harsh, small misunderstandings can quickly be compounded into crises that threaten the village's very existence. A shrewd judge of character who knows everything that goes on in his constituency, Taha is an excellent mayor, conscientious and widely trusted. He's often pressed into the role of intercessor between the villagers and the local police force, and carries out this role ably until the evolving situation threatens to overwhelm his best efforts.

This plotline alone easily provides enough substance for a novel, but El Badry's vision is broader, encompassing Taha's parents and siblings, his wife and children, and the residents of the village of Muntaha. The novel moves nimbly from one character to another and moves with equal ease from the present moment to recollection to flashback.

Taha recalled the day when he had decided to change the course of his life and become a grain merchant. He remembered the cartwheels as they clattered beneath the weight of his body, and the speed of the two horses as he flew with them over the dirt road like a shooting star falling into a darkened sky.

Slipping backwards or forwards in time allows El Badry to show the early seeds of events or to capture a sense of how the memory of those events shapes those who come later. Along the way, there are weddings and scandals, tragedies and moments of humor, and always the ongoing routine of everyday life in Taha's household. While the ordinary lives of Muntaha's inhabitants are central to the book, the novel is occasionally punctuated by eccentrics who wouldn't be out of place in a Faulkner story and wonders that would be at home in Garcia Marquez's work.

Sometimes lavish to the point of poetic, the prose is rich and descriptive, part of a reflective and intimate storytelling voice. By "storytelling," I don't mean to imply that Muntaha is a work of Arabian Nights-style exoticism. While there's much that a non-Egyptian reader will find unfamiliar in the lives of El Badry's characters, the novel has a feel of family stories remembered and retold. This tone fits with the ongoing relationship between the present and the past—and even the future—that is integral to the novel.