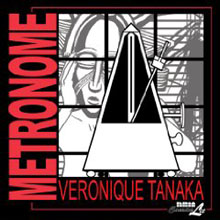 Now, that surprising epoch, is an exciting time for the comics medium—but not for the reasons you think. While superhero movies sulk their way through multiplexes, many of today’s most thrilling comics are made by young artists who believe comics aren’t necessarily about respectable storytelling, but can present visual fooling around in the most preposterous, goofball tradition. This approach towards comics relies less on autobiography (like the straightforward narratives of, say, Allison Bechdel’s Fun Home and Marjane Satrapi’s Persepolis) and more on art school spectacle, pop cultural noodling, and, for some, an earnest attempt to recover the technical resources that comic strips possessed before the rise of superhero comics. More influenced by Gary Panter than Dan Clowes, comic books artists who work in this vein—such as Lauren “Goddess of War” Weinstein, Brian “Ninja” Chippendale, and Paperrad—are not really “graphic novelists”; there isn’t really enough of a story for it to be a novel.

It’s in this context that Veronique Tanaka’s Metronome reads most curiously: while unlike anything else done in comics, Metronome is the opposite of the innovative, art-oriented comics I just mentioned. Those art comics imagine the page as a flat, decorative field or an illustrated poster, and are hairy with the artist’s human style, but Metronome consists of mechanical, black-and-white, computer-generated grids that are four columns down and four across.

Tanaka isn’t interested in drawing as expression, but as an abstract visual music. Her work reads like an ’80s Hypercard stack or the choppy clatter of a kinetoscope, with characters often cut-and-pasted from one panel to the next. This is an unusual, avant-garde conception of the panel, whose narratological usefulness has forced comics into being a subtle medium: a page by, say, Spider-Man co-creator Steve Ditko, for example, isn’t a static spectacle possessing a clear focal point (like the typical Western canonical painting); it’s a claustrophobic mosaic of boxes that may be individually dull yet cobble together into a more fecund narrative life. Rather than forsake panels entirely in favor of a visual free-for-all, like many American alternative artists under forty, Tanaka wants the panel to dehumanize the page even further.

Take two scenes in Metronome that may be roughly summarized as “Man plays piano while smoking cigarette” and “Man proposes to woman who throws ring at his face.” It’s easy to imagine a less diremptive artist plotting this as one panel and three, respectively, but Tanaka dices the action into twelve and forty panels—she isn’t a storyteller, but a surgeon of time. You can almost hear the pages click as you read them, an artificial four-four trot that isn’t really linked to any internal motion of the story.

So, while this graphic novel ostensibly tells a generic love story about a Japanese couple who slowly break up (with some intriguingly objectified sex along the way), this is not a psychological comic; Metronome is more interested in the world as a collection of objects. The comic begins with a slow pan across the couple’s apartment, in which Tanaka restricts most of the action: the first ten pages have no people, only close-ups of the couple’s accoutrements, such as a watch and a metronome (the opening images, used to set the beat), a piano, a lava lamp, and a tribal mask. These objects never acquire a connotative life. Rather, the characters themselves reduce to icons, as you might expect from a conceptual artist less influenced by comic books than by Robbe-Grillet. There is no individuality to Tanaka’s drawings. If her intention was to create comics without aura, she succeeds masterfully.