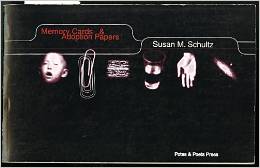 It is just as easy to exaggerate or caricature the do's and don'ts of innovative poetry as it is to satirize the "show don't tell" and "find your own voice" premises of more mainstream poetry. If much innovative poetry, particularly Language poetry and its blurry aftermath, involves a swerving away from personally expressive writing and the voicing of personal lyrical epiphanies, one might begin, quite profitably, to study recent innovative poetry that quite clearly no longer pays such rigid attention to such dutiful avoidances. In fact, one could argue that much of the most interesting poetry today stems from the tension of how to situate the personal and the autobiographical within a writing practice nonetheless committed to the heuristics of new forms.

Beginning with Lyn Hejinian's My Life (1980), what Ron Silliman has called "the new sentence" has proven to be a particularly malleable and engaging form within which to explore new expressions and contextualizations of the personal and autobiographical. Susan Schultz's Memory Cards & Adoption Papers arrives as an important new example of a superbly engaging exploration at the intersection of sentence-based poetry and the writing of (among other things) personal history.

In this book beautifully designed by Gaye Chan, the cards of memory can be shuffled and dealt in many ways. Memory Cards is deliberately not presented chronologically, though the cards do get sorted somewhat by category: Mother, Places, Ruptures, Words, Losses, and Epitaphs. In the first Mother-card, Schultz writes, "Misunderstanding becomes our pas de deux, both a step and a negation." The cards—Schultz's pages and paragraphs, her arranging of the sentences—are not exactly a setting things right, but a setting in context. That, in fact, may be the wonder and the appeal of "new sentence" compositions: the democracy of the sentence (each sentence an equal citizen of the text); a rich new realism, a new writing of culture and history, made possible through juxtaposition unconcerned with continuity, the extensions of an argument, nor illustrations of a point. Schultz's sentence (quoted above) links to the following four sentences: "Pas du tout. Oom pa pa. Meter to our mother-daughter-epic. The buttons were there to be pushed, and we the sensitive software." The multi-faceted paths of sound, of pun, of pronouncement become ways of assembling complex but non-totalizing perspectives.

Schultz acknowledges, "Poetry comes of memory, though in the wrong hands..." And even though the poetry of memory—the personal anecdotal poetry so common today—is (and has been) in such disrepute among writers valuing new forms and rhetorics for poetry, Schultz has the courage not to throw the baby out with the bathwater, and the commitment to explore new ways of writing personal and familial memory. In fact, she writes a book very much about the politics, culture, and emotions of babies—of families and expectations, of mothers and mothering, of trying to get pregnant, of miscarrying, and of adopting. But her stories are not the neatly contained epiphanies of most contemporary "personal" poetry. Instead, they are held within a much richer, more multi-faceted text of families, violence, wars, abuse, and the collision of cultures, especially of east and west. What's at stake in Schultz's book is nothing less audacious than how to see, think, and feel—to see the world and one's "own" life, and what to say about it. To make sense of it, but not too much nor too glib a form of sense. Or, as one page has it, the task of happiness might begin in the "grip" that sentences might acquire: "The happiness project depends on clarity, for clarity is a kind of happiness, a kind in clarity, in happiness, and to know this is to aim for sentences sure of their terrain..." Though she writes—

I have earned my clarity, as my happiness, through process of reduction, restriction of wandering through concentration on this one, this image I have of my mother in North Africa drinking spiked wine and dancing naked in the moonlight. She who has not yet come upon her happiness waits it out in the opacities of autumn, seven years past my father's death, the leaves a bright orange and yellow that November, his clarity, a gift that can only be called happiness.

Schultz's writing aims for a clarity that does not come from singleness of purpose nor from a single, focused image. The clarity she seeks is that of personal history suspended and placed in the complexity of historical and cultural circumstance—a sentencing that makes clarity at best a momentary (and rapidly disappearing) experience.

Memory Cards is a widely ranging book—nomadic in both the range of its attention and geographically as seen in the author's travels (as well as in her home, Oahu, as the site of travelers). It is a poetry restlessly observing, changing directions, and questioning its own utility and value: "There are outlets that are not malls. Though the price of our being falls like the Dow. We cannot confiscate hatred or put it in a pen, or erase its inscriptions. But recognition alters, like photons when they're measured, like scenes their plays. Play off this transposition. If the key fits, use it." Schultz's poetry attends to the altering and altered recognition, to the precise measurings of change, the knowing as a kind of wobbling step: "Rhythm, not rhyme, tempo, not time. I placed a dime in Tennessee and it accrued value until it became a Honda plant. While her mother, schizophrenic, dies by degrees. For this is loss by attrition. Where the self was, now there is another. Some acquire the habit of being themselves. Others learn to play at consistency, like Groucho. We all step on cobblestones from time to time."

The book's concluding section, Adoption Papers, begins with surreal collisions, juxtapositions, substitutions, and violence that is both the world from which and into which Sangha is adopted:

I kicked her in the stomach, but I didn't use force. The victim's mother married her rapist before sentencing, attends weekly prayer services for him. He was a good biology teacher: I'd put my daughter in his classroom even now. At Angkor Wat, a boy sniffs glue because I want to forget, sells his body for more. On the News Hour website, a transcription replaces Angkor with encore. Repetition is history's force: misheard history an anarchy of substitutions. Encore for Angkor, Watts for Wat, farce for force; anger's elegies abandoned like the killing fields. The man who played Dith Pran was murdered for his watch in California.

Through this killing field of substitution, amnesia, and force, Adoption Papers moves through the bureaucratic horrors and emotional twists and turns of the adoption process as Schultz and her husband Bryant adopt Sangha, a Cambodian baby.

Out of this world emerges a poetics and ethics of seeing and being:

To know when denial helps and when it corrodes. To embrace privation without wishing for its good health. To toast its marriage to history and know they will not dissolve, one into the other, like the surf's wash into sand, even when dusk enforces mergers. To incorporate without creating an empire; to take an empire down without destroying ours. To create an ultrazone of fun within whatever ruins encroach on us. To make a practice of watching different worlds exhumed and then revised at the point of a laser. To make evident what cannot yet be said, that peace in our time is impossible, that justice is a stick without a carrot. To pray for a cobbled treaty between us and the outside.

It is an ethics that demands a facility for juxtaposition—perhaps a historicized and culturally acute form of negative capability? Conditions that might require a writer to conclude, "I write in prose because I'm a lyric poet."

Shultz's book—and her extraordinary work as editor of Tinfish magazine and Tinfish Press—provides ample evidence that the new—the significantly new, or the cooking up of significant fusions—will come from independent outposts, from unlikely places that will temper one in a requisite independence and industry.