On May 22, we are pleased to present an Artist Talk by acclaimed cartoonist and creativity maven JESSICA ABEL, along with a Panel Discussion and Storytelling Workshop. SEE DETAILS BELOW. Co-presented by Rain Taxi and the University of Minnesota Department of Art, with support from The Imagine Fund.

Social media and digital culture have altered how we communicate. This event focuses on the proliferation of meme-making in recent years and sets meme culture as an open, participatory phenomenon in conversation with comics, an age-old and ageless art form. Both forms combine text and image, but comics tend toward narrative while memes operate both as single images and as part of larger viral events. Both forms also cultivate relationships to humor and irreverence, often steeped in political parody and caricature—but while memes circulate online, the roots of comics include robust DIY practices that have morphed into graphic novels and formally accomplished artist books. In the sessions listed below, our goal is to probe the creative interstitial spaces that might open in conversation with comics and memes, and to speculate about the communicative and creative possibilities the two might share despite their distinct histories and current circulations.

Having broken ground as one of the most acclaimed “alternative” cartoonists of the ’90s, Jessica Abel has remained a comics creator (her latest graphic novel is Trish Trash: Rollergirl of Mars) but has also championed comics and creativity in broader ways: she’s written books about the storytelling secrets of radio, edited The Best American Comics, coauthored two comprehensive manuals on creating comics, and has done a lot of writing as well as individual and group coaching to help creative people take full control of their lives. Join us for an artist talk and moderated conversation as we explore her work as it has evolved from the era of comics as a specialized hobby to our full blown meme culture.

A Workshop for Creators with Jessica Abel

When you're telling a story, do you get stuck in the weeds? Are you unclear what the point really is, or how to get other people to understand why you're so excited about it? Whether you're working with a traditional character-based story or with something more abstract and idea-based, the workshop will help you clear the cobwebs so that your ideas arrive intact in the minds of your audience. Participants should come in ready with a concept for a story—a pitch, an idea, a first draft—and get ready for some magic to happen!

This workshop is now full, but email us at info[at]raintaxi[dot]com to get on the waiting list! 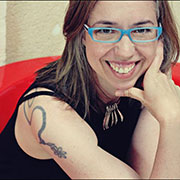 Cartoonist, author, and educator Jessica Abel is the author of the graphic novel La Perdida (winner of the the 2002 “Best New Series” Harvey Award), Trish Trash: Rollergirl of Mars, as well as two collections of stories from her omnibus comic book Artbabe. She and her husband, the cartoonist Matt Madden, were series editors for The Best American Comics from 2007 to 2013. Together they’ve authored two textbooks about making comics, Drawing Words & Writing Pictures and Mastering Comics. Her book (and podcast), Out on the Wire, is about how the best radio producers in the world use story to keep us listening. Jessica is the chair of the illustration program at the Pennsylvania Academy of Fine Arts. Both at PAFA and through her creativity-focused blog, newsletter, podcast, and talks, Jessica helps creative people with big ideas to get past procrastination and anxiety, and get on with the business of making their potentially transcendent, game-changing creative work real in the world. 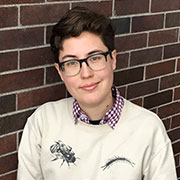 Blue Delliquanti is a comic artist and writer based in Minneapolis. Since 2012, Blue has drawn and serialized the Prism Award-winning science fiction O Human Star. Blue is also the co-creator of the graphic novel Meal (with Soleil Ho), and The 'Stan (with David Axe and Kevin Knodell) as well as short comics for anthologies ranging from Beyond to FTL, Y'All. Blue enjoys stories about robots, queer families, food, and bugs. 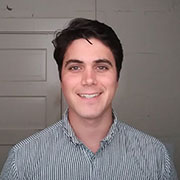 Greg Hunter is a comics critic and graphic novel editor based in Minneapolis. He is a frequent contributor to the Comics Journal website and a member of its Eisner-winning 2017-2018 roster. He has also written about comics for sites such as LARB and The Rumpus. He serves as Editorial Director of Graphic Universe, an imprint of Lerner Publishing Group devoted to graphic novels for developing, middle grade, and young adult readers. Recent editorial works include the North American edition of Nie Jun's My Beijing: Four Stories of Everyday Wonder, a 2019 Batchelder Honor Book, and the Life on Earth series, a YA trilogy by acclaimed cartoonist MariNaomi. 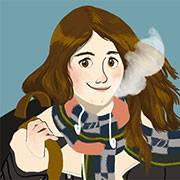 Caitlin Skaalrud is a Minneapolis cartoonist, comics educator, and self-publisher behind Talk Weird Press. She was a recipient of a 2012 Xeric Self-Publishing Grant for her first graphic novel Sea Change: A Choose-Your-Own-Way Story, which she hand-printed on 1960's AB Dick printing press in a frozen garage. She has published with local imprints Uncivilized Books and La Mano 21, as well as several anthologies, including Dirty Diamonds and Warmer: A Collection Comics About Climate Change. She is currently an MFA candidate at the University of Minnesota. 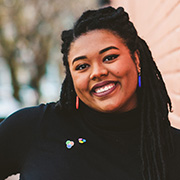 Shannon Wright is an illustrator and cartoonist from Virginia whose work tends to explore social issues like race and gender through a slice-of-life lens. In her spare time, she makes personal and original stories invoking nostalgia rooted from her own childhood and the life around her. Her work has been published in The New York Times, TIME Magazine, Mother Jones, The Guardian, and many other places; her first illustrated picture book, My Mommy Medicine, is out now.