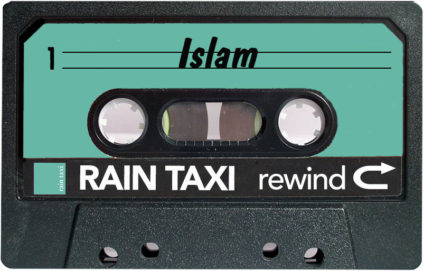 Islam is a religion of peace. You’ve heard this idea before, and you’ve probably heard it said exactly like that. The reason these words are so familiar in the cultural conversation is because they so often need repeating in the face of bigotry; too often, Islam finds itself in the crosshairs of xenophobic scapegoating. More than any other group in 21st-century America, ordinary Muslim Americans get characterized by the terrible acts of extremists who inhabit their ideology.

It feels strange that Americans in this day and age could still be struggling with the idea that their neighbor might have different beliefs than they do. Perhaps it’s the logical outcome of the exploitative fear-mongering that some politicians use to gain political capital; what does it say when certain figures are at their most influential when the public is at its most irrationally afraid? Muslims work in our communities, and they take part in the cooperative American Dream, and it bears reminding (because some of us seem only to listen when conflict is brought up) that Muslims serve in our military—right alongside whoever else you’re picturing as the quintessential American Soldier.

There should be a clear division in our mind’s eye between extremists and the peaceful majority of any group of people. Muslims, especially in a civilization that portends to be as progressive as ours, should at least be extended this basic courtesy.

Some of Rain Taxi’s best pieces related to Islam: