in conversation with Lissa Jones-Lofgren

An award-winning poet, Honorée Fanonne Jeffers now joins the front ranks of American novelists with The Love Songs of W.E.B. Du Bois (Harper). Already hailed as one of the most anticipated books of the summer by publications from Ms. and People to the New York Times, this majestic epic follows a family from the colonial slave trade through the Civil War to our own tumultuous era. At heart it is also the story of what the great scholar W. E. B. Du Bois called “Double Consciousness”—a sensitivity that every African American possesses in order to survive. At this special event, Jeffers will be joined in conversation with Twin Cities-based radio and podcast host Lissa Jones-Lofgren. Free to attend, registration required. We hope to “see” you there!

“This sweeping, brilliant and beautiful narrative is at once a love song to Black girlhood, family, history, joy, pain . . . and so much more. In Jeffers' deft hands, the story of race and love in America becomes the great American novel.”
—Jacqueline Woodson

A copy of the book, including a special bookplate signed by the author, can be purchased in advance using the button below! Books are provided by Magers & Quinn Booksellers in Minneapolis; purchasing here helps support them AND Rain Taxi’s virtual event series—thank you! 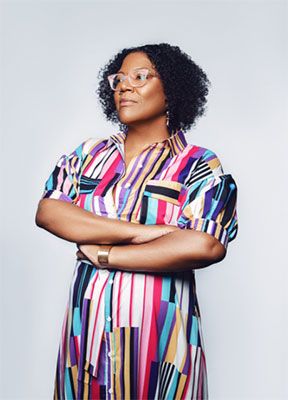 Honorée Fanonne Jeffers is the author of five poetry collections, ranging from The Gospel of Barbecue (2000), selected by Lucille Clifton for the Stan and Tom Wick poetry prize, to The Age of Phillis (2020), a dazzling deep dive into the life and times of the 18th-century African American poet Phillis Wheatley. Her work has been published in numerous magazines and anthologies, and her many honors include fellowships from the National Endowment for the Arts and the 2018 Harper Lee Award for Alabama’s Distinguished Writer of the Year. For her scholarly research on Early African Americans, Jeffers was elected into the American Antiquarian Society, a learned organization to which fourteen U.S. presidents have been elected. She teaches creative writing at the University of Oklahoma, where she is an associate professor of English. 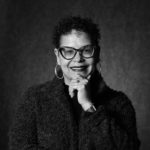 Lissa Jones-Lofgren is the host for the podcast Black Market Reads and the creator, executive producer, and host of Urban Agenda, the longest continuously running program on KMOJ Radio, Minnesota’s oldest Black radio station. She authored “Voices of the Village,” a column in the Minnesota Spokesman-Recorder, and is a frequent presenter on the intersection of Black history and present-day thought.