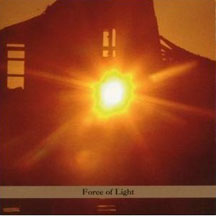 Since the new millennium, Paul Celan, often hailed as the major European post-war poet, has enjoyed at least four serious new English translators. Yet if ever a poet made translating or analyzing his work almost impossible, it is Celan. Now comes Dan Kaufman’s Force of LIght to inject the on-going project of bringing Celan into English with multiple literacies. Using mostly translations by Michael Hamburger and Rosmarie Waldrop, Kaufman’s song cycle of Celan poems broods in brutal, relentless rhythms that metastasize many translation issues. For one, Kaufman sonically iconicizes Celan’s deep resistance to language and his language’s saturation in silence, solitude, grief, and failure. When it hits the limits of articulation or exhausts meaning, language sifts into music or vice versa; they overlap and inter-linger auratically. As you listen, the sonic-and-linguistic complexes demand cathexis. The CD radically revivifies something you already know: that inhabitation—running your senses over its objectness, letting it pulse through your bloodstream and echo in your bones—is the richest way to know a poem.

Kaufman’s band, the Brooklyn-based Barbez, presents post-rock soundscapes drenched in edgy, sultry foreboding. Yet Barbez here ups the ante for post-rock projects by nailing mood more deeply and darkly to a context, giving this listening experience a gripping specificity and historical complexity. Jazz and modern classical join klezmer and Yiddish folk traditions; minimalism holds it gorgeously together. These ethereal yet hyper-present Celan settings suspend the listener in infinite “scales of grief,” in spiraling counterpoint, rhythmic stutter, and dynamic shifts. Because rhythm’s special power materially doubles, it embeds itself into memory and emotional circuitry even before meaning has had a chance to enchant. Musical repetition reinforces Celan’s commitment to paronomy as a structural device as well as his tendency to quote, revise, or allude to earlier poems. Yet the music does not attempt to contain or translate the poems as much as it recognizes and realizes poetry as what critic Gerald L. Bruns calls “language in excess of the functions of language.”

The grain of writer/performance artist Fiona Templeton’s intonation of Celan’s poems agitates the affinity between eros and thanatos. This is a voice to haunt your organs. Templeton speaks—does not sing—with a searing direct clarity that’s set within black lapping and looping of vibraphones and theremin, or the smoky turbulent swooning of clarinets and strings. In a North American context, Templeton’s Scottish accent faintly suggests the foreignness Celan injected into his native tongue and the dislocations of Jewish experience during and after the Holocaust. Templeton’s muted urgency is confrontational yet hopeless, often sotto voce, so that language becomes the underthought of the music itself. At times, you will strain to understand the voice. Though it never loses itself in pure texture, you must listen well until “the listened for reache[s] you.” In these moments, the panic and anguish of trying to be heard—through history, through ideology, through habitualization, through inaudibility and unintelligibility—transfers, becomes a pre-condition for your listening.

“Aspen Tree,” for instance, delivers a percussive and bass/guitar ostinati that slowly undulates and seems to leak out the poem about the murder of Celan’s mother. Through the first five tracks, musical tension ratchets up, but no matter how much the music builds around her, Templeton keeps her tone level. The steadiness of the human voice is a triumph, in part because it compels you to attend, in part for what it implies about human persistence. This CD makes you hyper aware that listening itself completes the act of conversation. Listening triggers responsiveness: an exclamation up from the gut, flashes of bafflement and dread along the jawline. A human voice gets through. In a speech to Germans in 1958, Celan likened a poem to a dialogue, "a message in a bottle, sent out in the—not always greatly hopeful—belief that somewhere and sometime it could wash up on land, on heartland perhaps." Kaufman extends this dialogue to one between musical and linguistic languages. “Conversation in the Mountains,” for instance, guts the prose: where the actual textual conversation happens, musical language intervenes, so, instead of Jews Gross and Klein talking about alienation, silence, God, and language, we get instrumental swerve. Structurally, this evisceration might also be read as homage to Celan’s characteristic way of splitting a word apart, making each part larger, louder than the whole.

Force of LIght pulls from a range of Celan texts, not restricting itself to the titular collection of Celan’s; the song “Corner of Time” uses “Crystal” from Poppy and Rememberance (1952) in the beginning and “I pilot you” from his Farmstead of Time (posthumously published in 1976) at the end, (though the tract’s title is taken from Celan’s Force of LIght) thus creating a sonic corner of time, where two time periods meet, creating a new structure. This piece recalls Andrew Joron’s “Constellations for Theremin,” which also uses some text from “Crystal” and equates the theremin’s radiating vibrations with the power to bring back the dead. The CD shifts with “Black Forest,” to disrupt the extreme mood with touches of humor—albeit a gallows-ish variety. You won’t laugh, but the energetic lightness may remind you of how dark “black” can get. One of two instrumental pieces, “Black Forest” takes its title from the Celan poem allegedly addressing his meeting with Martin Heidegger, which was by all known accounts irreconcilably complicated and frustrating. Kaufman leaves out the language in “Black Forest” perhaps in order to conduct Celan’s tragic relation to their shared language, which had remained silent though the horror of the Holocaust. The removal of language may refer to ‘the voice of conscience,” a concept bound to Heidegger’s engagements with the Nazis, and it perhaps allows for a greater sense of what Heidegger calls “hearkening,” a mode of hearing that’s predominately intuitive, primordial, attuning, and relational. Celan said in the same 1958 speech that after Auschwitz language “had to pass through its own answerlessness, pass through frightful muting, pass through the thousand darknesses of deathbringing speech.”

“Sky Beetle” ends Force of LIght with a dirge of echoes. This stark piece sharpens the CD’s tragic resonance with opening timpani strikes that lead into sorrowful violins and the nearly human wail of the theremin, the sound closest to singing you’ll find on the entire disc. In the final minute Templeton’s voice, absent until now, delivers a single couplet, written shortly before Celan’s suicide in 1970: "Laden with reflection, with the sky beetles, inside the mountain / The death you still owe me, I carry it out." If this is an unrelentingly resolute or drastically funereal finish, so be it. You’ll always come back: “You fill up the urns here and nourish your heart.”

As Force of LIght amplifies the rawness and resonance of Celan’s work, it insists on the spectral radiance of listening itself. This CD evokes the special intensity that the passage from silence to sound, from silent reading to public listening, might have had for Celan.