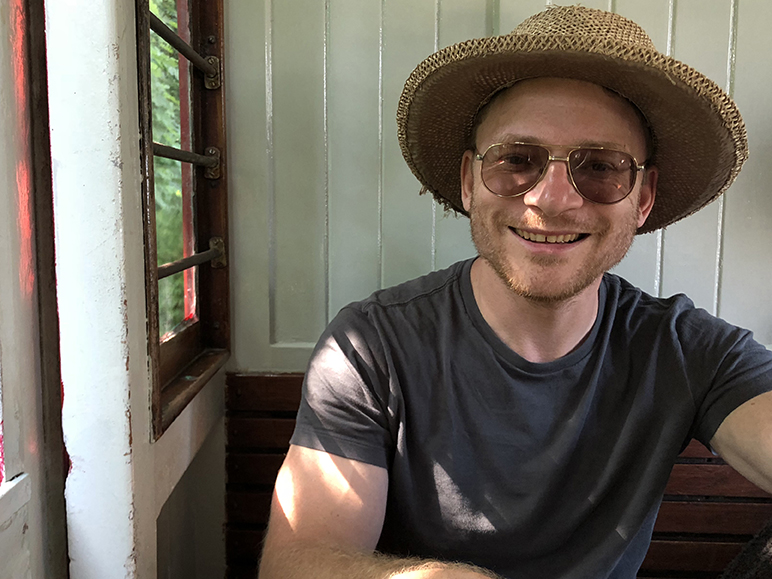 Will Heinrich spent his early years in Japan, though he was born and grew up in New York City. He attended Columbia University and his first novel, The King’s Evil (Scribner, 2003), received a PEN/Robert W. Bingham Prize in 2004, co-winning alongside Jonathan Safran Foer’s Everything Is Illuminated. Since then he received an MFA from Bard College and has written about art for The New York Observer, The New Yorker, Hyperallergic, and The New York Times. As the son of a sculptor and now the husband of an artist, Heinrich has always been closely connected to the art world, and his latest novel, The Pearls (Elective Affinity, $25), is a whirling, breathless look at New York in the years just after World War I and the lives of artists, art dealers, and small-time gangsters.

Will Corwin: Let’s talk about writing on art. Your first novel, The King’s Evil, begins at a Mondrian retrospective at the Museum of Modern Art in New York. In your second book, The Pearls, an artist and art dealer are pivotal characters in the plot. And of course, you yourself write critically about art for various publications.

Will Heinrich: When I began to write about art, it seemed like a way to be in a newspaper that didn’t involve having to talk to other human beings and be responsible for ambiguous facts. When I was young I felt “there’s a painting in a room, I go and look at the painting; the most basic facts about that painting and that room are going to be indisputable and I’m not going to fuck them up.” My father is a sculptor and I grew up in his loft in TriBeCa, and he is a fan of Mondrian. The Mondrian retrospective at MoMA in 1995 made a big impression on me as well; I respected Mondrian, but I didn’t have any particular feelings about his work. Then, seeing the narrative evolution of his work from figuration to abstraction when I was seventeen overwhelmed me—it made a very powerful impression and it transformed my reaction to the abstract work. Suddenly it was filled with emotion and spirit and all kinds of things that I hadn’t found there before. 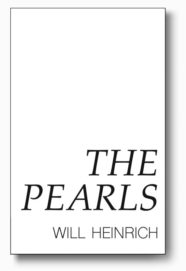 The art in The Pearls is more organic or natural, while I think its appearance in The King’s Evil is more circumstantial. By the time I wrote The Pearls, I had gone to the Bard interdisciplinary MFA program, and I spent a lot of time listening to painters talk, and talking to painters, and I had done a lot more art writing by that point—there was a real relationship to painting more than any other art, and it seeped down into my writing. The idea of painting in literature, it’s a very plastic, capacious symbol that you can do a lot of things with and use in a lot of ways.

WC: In The Pearls, two of the main characters are involved in the art world, Uncle Jacob and Marion (Miriam): are they caricatures or amalgams of historical figures? Jacob comes across as the classic “genius” artist, while Marian is a classic depiction of an American blue-blood art dealer. Marian I saw as a Peggy Guggenheim type. Uncle Jake has bits of Pollock, Guston . . . he’s a lot of people. It’s funny because he’s positioned as a kind of a turn-of-the-century artist, but he’s more of an Abstract Expressionist eccentric drunk.

WH: That gets to a question about the time setting. I really never thought of The Pearls as a historical novel. I said to people when I was writing it, if it came up in conversation, that it was like a comic opera version of the 1920s, or a contemporary novel playing dress-up. Mostly I wanted to set the book in New York’s own fantasy of itself; it’s more about our collective and outdated idea of the glamorous big city than it is about the 1920s, though I was very inspired by Jelly Roll Morton’s “The Murder Ballad,” which comes up in the first scene. All of which is to say: I think Jake is a turn-of-the-century artist because that’s when I ended up setting the book—you’re right he maybe is more of a mid-century figure. I tend to start with fairly abstract ideas and then fill them in, in an intuitive kind of way. He was a crazy uncle before he was a painter; I don’t want to say that he is based on anyone in my family, although his name is actually a slightly altered version of my great-uncle’s name—possibly in sensitivity to my mother’s discomfort, I truncated it. And then he became a painter. I think, “Well, Henry’s crazy uncle can be a stalking horse for me to write about my difficult relationship with my brother,” or something like that, and then work backwards to what his character would have to be.

WC: Is Jacob’s art, which you go out of your way to create and describe, based on anyone in particular?

WH: In imagining his painting I started with Beckmann, I guess, or that type of expressionism. It’s like German Expressionism translated into a knock-knock joke. I wanted it to be funny, if you’re not seeing the painting. I tend to like writing about figurative painting more than anything else, because I can treat it in a narrative way—I don’t know if painters appreciate that or not. To have his painting work in the book, for it to survive as a one-sentence anecdote, the idea has to be a little bit different than a real painting.

WC: There are two main sources for a lot of the names of the characters and figures referred to in the book: on the one hand you use the family of Moses (Aaron and Miriam, Moses’ brother and sister), and on the other hand you frequently mention the Greek gods. What is the strategy behind these two streams of reference? You mention all the Greek gods, I think, except maybe Hephaestus.

WH: I think Hephaestus would be a perfect avatar for Uncle Jake. Maybe I can get it into the next book. I think the book is fundamentally about what it is to be a Jewish American and about the perils and possibilities of assimilation. I think my own personal feelings of alienation don’t necessarily need to have that much to do with being Jewish, but I think it was always convenient and appealing to identify and attach them to being Jewish to a large extent. And I don’t think they’re unrelated—that’s not not an ingredient.

WC: You also have the great line, “the chip on my shoulder recognized the chip on her shoulder.”

WC: So are you positioning the Greek gods as symbols of capitalism?

WH: No, they’re symbols of Goyishness, or of secular culture. When I say opposing the spiritual and the material, I’m not thinking about capitalism specifically, I mean it in an old fashioned, Gnostic kind of way. When I was twelve years old, all the boys in my class got a copy of D’Aulaire’s Book of Greek Myths, and we all memorized it. I remember making a chart on my mother’s early computer of the family tree of the Greek Gods and putting it up by my bed. I didn’t put up a chart of the generations of Adam or anything—although I was interested in that too! In the end it gets to a fundamental question for me of what identity is, where you draw your identity from, because I’m an American, I’m a New Yorker, and I’ve lived here my entire life, more than forty years. My language is American, my references are American, everything is American, but in some fundamental respect I feel this table is not for me. “Fuck your table, anyway”—that’s the line in the book with which I personally most identify, which tapped into myself most deeply, in the chapter “Color of the Sky,” when Henry is being introduced to the Hammer Building. That’s the contest. Whereas the Moses references, for good or ill, that’s the table I’m at.

WC: What is the difference in family relationships between The King’s Evil and The Pearls? Does it have anything to do with personal changes in your life? In The King’s Evil the characters are very distant from each other…

WH: I hadn’t been in therapy yet.

WC: Oh, I meant having a child—I wasn’t trying to pick apart your psyche!

WH: I finished writing The Pearls before I had a child, actually. 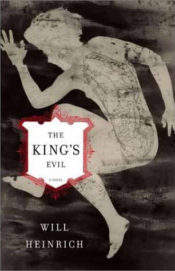 WC: Oh, ok. Well, the main character in The King’s Evil can’t really relate to other people, and the one person he relates to, the runaway Abel, in turn becomes a symbol of his inability to relate. The Pearls, on the other hand, is about family: Everybody is related to somebody, and all the characters seem to have families that interfere with everyone else’s families. So what was the transition between the two books?

WH: I wasn’t kidding, I did do a number of years of psychotherapy between the two books. One thing you get out of therapy is you more or less come to an acceptance that you can’t wish your family away. They do exist, however grand a solitary fantasy kingdom you conceal yourself within; those people are still there. And then it’s partially about being older, less turned on by really severe abstract ideas in art and a little more interested in a richer texture of particulars.

WC: You dance around the first-person voice in a variety of ways; you write a lot of letters…

WH: What’s interesting about that is I couldn’t summon Henry’s voice unless it was a letter. I couldn’t even postulate that it would be a letter; I had to physically write, “Dear Aaron,” or “Dear Dot,” at the top of the page to access that voice.

I think as a writer, as an artist, I work intuitively; it’s all kind of playing pretend. You can’t just do it to order, you have to find the trick that convinces your capricious unconscious mind to play the game with you, I guess.

Somewhere in my mind is Henry, and Henry was talking to Dot, he wasn’t talking to me. I found it striking and a little frustrating and confounding.

WC: And what’s next?
WH: I'm at work on what you could very loosely call a sequel, which I’m calling The Boxers—it takes place six or seven years after The Pearls. Henry’s in it but it focuses more on Dot and their friend Anthony, who appears at the very end of The Pearls. I’d say very generally that if The Pearls is kind of about painting, The Boxers is about writing. It has stories within stories in a different mode than The Pearls: fictions within fictions.