Join us as we kick off our Fall 2019 season with two stellar poets! This event serves as the book launch for Twin Cities poet Steve Healey's newest collection, Safe Houses I Have Known . . .

As a child during the height of the Cold War, Steve Healey learned that his father was a spy for the CIA. In his riveting new book, the anxiety of growing up is compounded by both national and family secrets, and a paranoid childhood bleeds into adulthood. 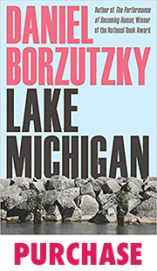 . . . as well as a chance for our community to celebrate a longtime comrade in the poetry world, National Book Award-winning poet and translator (and child of Chilean immigrants) Daniel Borzutzky . . .

The bay of Valparaiso merges into the western shore of Lake Michigan, where Borzutzky continues his poetic investigation into the political and economic violence shared by Chicago and Chile, two places integral to his personal formation.

. . . all this plus the debut of the Fall print issue of Rain Taxi, a rocking good time at the Hook & Ladder, and it’s free and open to the public! Books by the poets will be available for purchase and signing.

Daniel Borzutzky is a poet and translator. His latest books are Lake Michigan (Pitt Poetry Series), a finalist for the 2018 International Griffin Poetry Prize, and The Performance of Becoming Human (Brooklyn Arts Press), winner of the 2016 National Book Award for Poetry. His other books include In the Murmurs of the Rotten Carcass Economy and The Book of Interfering Bodies. His translation of Galo Ghigliotto’s Valdivia won the 2017 National Translation Award; other translations include Raúl Zurita’s The Country of Planks and Song for His Disappeared Love, and Jaime Luis Huenún’s Port Trakl. He lives in Chicago and teaches in the English and Latin American and Latino Studies Departments at the University of Illinois at Chicago.

“Daniel Borzutzky makes writing about bureaucratic nation-states interesting. We, as the reader, observe communities utterly destroyed, and we are left to question why and how and why and how humans let this happen. In particular, the bay of Valparaiso merges into the western shore of Lake Michigan, which exemplifies the horrors that happen on American soil and international soil alike—and how they are connected—and drawing the lines between the personal and political poignantly. This is a collection not to miss.”
—Luna Luna 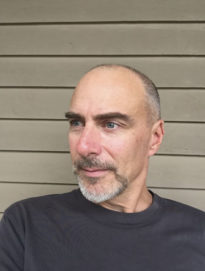 Steve Healey’s new book of poetry, Safe Houses I Have Known (Coffee House Press), will be published this September, just in time for this book launch. Healey is the author of two previous books of poetry, 10 Mississippi and Earthling, both from Coffee House Press. His poems have been published in magazines such as American Poetry Review, Boston Review, Denver Quarterly, Fence, jubilat, and The Nation, and in several anthologies, most recently The New Census: An Anthology of Contemporary American Poetry. He’s a professor of English and Creative Writing at Minneapolis College.

“With skillfully rendered domestic detail and tension, Steve Healey’s Safe Houses I Have Known discloses that there is scant buffer between civilian life and espionage. Rupture, as documented here, is silent—from private childhood shame, muted haiku of cartoon violence, to critical erasures of CIA interrogation protocols. Through such uneasy quiet, Healey’s chilling collection confides that conflict is intimate, no matter how much language a global superpower encodes to insist otherwise.”
—Douglas Kearney