Our first event of the year is a virtual gathering with two acclaimed South Korean poets and the English language translators of their new releases—not to be missed! Kim Ki-taek joins us to celebrate the publication of Smiling in an Old Photograph, a chapbook newly published by Rain Taxi’s OHM Edition; Yi Won joins us to celebrate the publication of The World’s Lightest Motorcycle, a bilingual book recently published by Zephyr Press.

Participating in this celebration along with Kim Ki-taek and Yi Won are translators Ed Bok Lee, Yang Eun-mi, E. J. Koh, and Marci Calabretta Cancio-Bello; poet Lee Herrick will moderate, and interpreting for our Korean guests will be Bomi Yoon. Please see biographies of participants below. 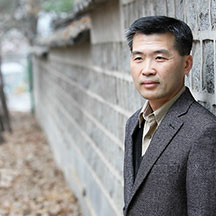 Born in Anyang, South Korea in 1957, Kim Ki-taek graduated from Chung-Ang University with a degree in English literature and from Kyung Hee University’s graduate school with a degree in Korean literature. His poetry first appeared in 1989 in the Hankook Ilbo’s Annual Spring Literary Contest. His major works include Fetal Sleep (1991), Storm in the Eye of a Needle (1994), Office Worker (1999), Cow (2005), Chewing Gum (2009), Splitting, Splitting (2012), and Where Has the Dog Gone Leaving Its Bark Behind (2018), as well as El Chicle, a Spanish translation of Chewing Gum published in 2012 in Mexico, a Japanese translation of Storm in the Eye of a Needle, and Chiclete, a collection of selected poems published into Portuguese. He is the recipient of the Kim Soo-young Literary Prize, the Hyundae Literary Award, the Yi Soo Literary Prize, the Midang Literary Award, the Jihoon Literary Award, the Sanghwa Poetry Award, and the Pyeongun Literature Prize, among many others. He currently teaches in the Department of Media and Creative Writing at Kyung Hee Cyber University, in Seoul. 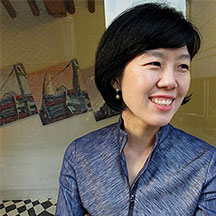 Yi Won is a South Korean avant-garde poet and essayist, born in 1968 in Gyeonggi-do. She studied Creative Writing at the Seoul Institute of the Arts and earned her master’s degree at the Graduate School of Culture and Arts at Dongguk University. Her poetry debuted in 1992, and she received the Contemporary Poetics Award (2002), Contemporary Poetry Award (2005), Opening the World with Poetry Award (2014), The Beginning Award (2014), The Equity Literature Award (2018), and the Poet Town Literary Award (2018). Her books include When They Ruled the Earth (1996), A Thousand Moons Rising Over the River of Yahoo! (2001), The World’s Lightest Motorcycle (2007), The History of an Impossible Page (2012), Let Love be Born (2017), and I Am My Affectionate Zebra (2018). She lives in Seoul, South Korea, and works at the Seoul Institute of the Arts as a professor of Creative Writing, School of Creative Writing. 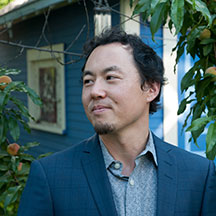 Ed Bok Lee is the author of three books of poetry, most recently Mitochondrial Night (Coffee House Press, 2019). Honors for these books include the American Book Award, PEN/Open Book Award, Minnesota Book Award, and Asian American Literary Award (Members’ Choice). As a translator, his work from Russian and Korean have appeared in Manoa, Koryo Ilbo (Kazakhstan), Wasafiri, Asymptote, the Guardian, and other journals. Awards for his co-translation work (with Yang Eun-Mi) include the Korea Times Modern Literature Translation Grand Prize in Poetry, and grants from the Daesan Foundation and the Literature Translation Institute of Korea. Lee teaches part-time in Fine Arts at Metropolitan State University in Minneapolis/St. Paul, MN. 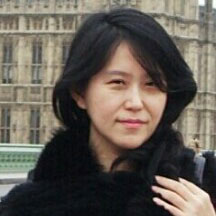 Yang Eun-Mi is a poet, translator, and lecturer in South Korea. She has a master’s in creative writing from the University of Edinburgh, where she won the Grierson Verse Prize. Her poems have appeared in many literary magazines and anthologies in Korea, the USA, and the UK, and have been nominated for the 2015 Best of the Net Awards in the US. Her translation work has appeared in Asymptote, the Guardian, and other journals. She is the recipient of awards from the GKL Foundation (fiction translation) and the Korea Times Modern Literature Translation Grand Prize in Poetry (co-translator, Ed Bok Lee), and has received multiple grants from the Daesan Foundation, and the Literature Translation Institute of Korea. She currently teaches Korean Language and Literature at Hanshin University in South Korea. 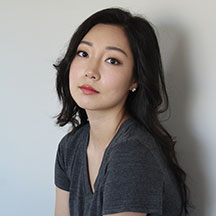 E. J. Koh is the author of the memoir The Magical Language of Others (Tin House Books, 2020), winner of the Washington State Book Award and Pacific Northwest Book Award, and the poetry collection A Lesser Love (Louisiana State University Press, 2017), winner of the Pleiades Editors Prize for Poetry. She is the co-translator, with Marci Calabretta Cancio-Bello, of Yi Won’s poetry collection The World’s Lightest Motorcycle (Zephyr Press, 2021). Koh has received fellowships from the American Literary Translators Association, MacDowell, and Kundiman. Her poems, translations, and stories have appeared in AGNI, Boston Review, Los Angeles Review of Books, Poetry, Slate, and elsewhere. Koh earned her MFA at Columbia University in Creative Writing and Literary Translation, and is a PhD candidate at the University of Washington studying Korean American literature, history, and film. 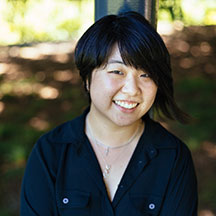 Marci Calabretta Cancio-Bello is the author of Hour of the Ox (University of Pittsburgh, 2016), which won the Donald Hall Prize for Poetry. Her work has appeared in Best Small Fictions, Kenyon Review Online, Orion, The New York Times, and been anthologized in You Don’t Have to Be Everything: Poems for Girls Becoming Themselves (Workman Publishing, 2021), Grabbed: Poets & Writers on Sexual Assault, Empowerment & Healing (Beacon, 2020), and Ink Knows No Borders: Poems on the Immigrant and Refugee Experience (Seven Stories Press, 2019). The recipient of fellowships from the American Literary Translators Association and Kundiman, Cancio-Bello earned an MFA in Poetry from Florida International University, where she was a John S. and James L. Knight Foundation Fellow. She is the poetry coordinator for the Miami Book Fair. 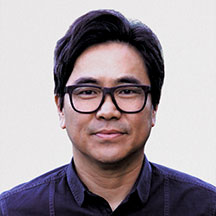 Lee Herrick (moderator) is the author of three books of poems, Scar and Flower, Gardening Secrets of the Dead, and This Many Miles from Desire. His poems have published in textbooks and anthologies such as Indivisible: Poems of Social Justice, with a foreword by Common, Dear America: Letters of Hope, Habitat, Defiance, and Democracy, and Here: Poems for the Planet, with an introduction by the Dalai Lama, among others. He co-edited The World I Leave You: Asian American Poets on Faith and Spirit. Born in Daejeon, Korea and adopted to the United States, he served as Fresno Poet Laureate (2015-2017). He teaches at Fresno City College and the MFA Program at Sierra Nevada University. 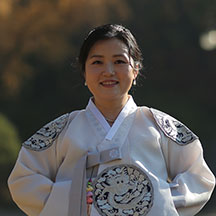 Bomi Yoon (interpreter) is a Ph.D. candidate in English at the University of Minnesota. Her scholarship focuses on the everyday experience and relationship between race and transnational identities in literature and performances. Bomi is also a Co-Director of the Korean Institute of Minnesota (KIM), an organization that provides Korean language and cultural education to people with links to Korea and the community at large.

This event is co-sponsored by the Global Poetry initiative at Metro State University: now in its thirteenth year, Global Poetry is an annual celebration that features acclaimed voices from our constantly changing world.

We are especially grateful to the following for helping to make this event possible: