in conversation with Sheila O'Connor

Please join us for a special event with Chris Bohjalian, the New York Times bestselling author of Midwives (a selection of Oprah’s Book Club), Trans-Sister Radio (a finalist for the Lambda Literary Award), and The Flight Attendant (now a Golden Globe-winning HBO series), among many other smash hits. Bohjalian will be in conversation with Minnesota Book Award winner Sheila O’Connor about his new novel Hour of the Witch (Doubleday), a historical thriller set in 1662 that may also be the most timely novel Bohjalian has ever written. Come find out why! Here’s a hint from a starred review in Booklist:

Throughout Bohjalian’s prolific career, he has rewarded readers with indelibly drawn female protagonists, and the formidable yet vulnerable Mary Deerfield is a worthy addition to the canon. Conjuring up specters of #MeToo recriminations and social media shaming, there are twenty-first-century parallels to Bohjalian’s atmospheric Puritan milieu, and his trademark extensive research pays off in this authentic portrait of courage in the face of society’s worst impulses. Bohjalian is a perennial favorite, and this Salem Witch Hunt drama has a special magnetism.

Co-hosted by Rain Taxi and Literature Lovers Night Out, this virtual event is free to attend; simply register here:

Books can be purchased during the event, or in advance here, from Valley Booksellers in Stillwater, Minnesota:

Chris Bohjalian is the author of 22 books, three of which (so far!) have become movies. His books have been chosen as Best Books of the Year by The Washington Post, Publishers Weekly, Library Journal, Kirkus Reviews, and Salon. Bohjalian is a recipient of the Walter Cerf Medal for Outstanding Achievement in the Arts, the ANCA Freedom Award for his work educating readers about the Armenian Genocide, and the Anahid Literary Award, among many others. He is a Fellow of the Vermont Academy of Arts and Sciences. 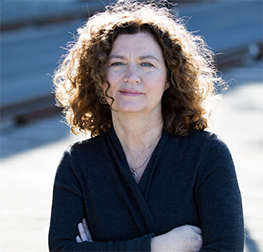 Sheila O’Connor is the author of six novels. Her most recent book, Evidence of V: A Novel in Fragments, Facts and Fictions, combines memoir and historical research to reconstruct the buried history of incarcerated girls, and it won the Minnesota Book Award. Her other books include Where No Gods Came, Tokens of Grace, and the novels for young readers Sparrow Road and Keeping Safe the Stars. O'Connor is a professor in the Creative Writing Program at Hamline University, where she serves as fiction editor for Water~Stone Review.