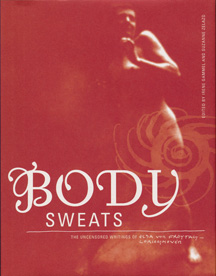 Edited by Irene Gammel and Suzanne Zelazo
The MIT Press ($34.95)

If, as according to the Baroness von Freytag-Loringhoven, “All America is nothing but impudent inflated rampantly guideless burgers—trades people,” nowhere is that more true than in the desiccated art of our poetry. This is, after all, a culture that has allowed, inexplicably, the Baroness’s own significant body of English-language poetry to languish in boxes, uncollected and mostly unpublished, until now, 101 years after their author, the most outrageous dada poet of them all, landed on these shores in late June of 1910.

In their introduction to this long-awaited collection, Gammel and Zelazo make much of the Baroness’s prefiguring of any number of art and poetry movements: the punk-DIY aesthetic, beat poetry, ’60s feminist performance art, Canadian sound poetry and, most recently, conceptual writing. They see the Baroness in everything from Madonna’s cone bra to Carolee Schneemann’s “Meat Joy.” They’re right, of course, on all counts. But there’s so, so much more. Opening Body Sweats randomly to one of the 150 poems collected in its pages:

I immediately think of Edwin Torres:

dear foamali to manside—what is ecstasy
of the divine free

there’s no one here—transfer son
to foreskin

Torres has had a foot in at least three of the most visible contemporary camps: the Nuyorican Poets Cafe, language writing and, most recently, the Flarflist Collective; but that poem, “To Come,” from his latest collection, YesThing NoThing, feels as if the Baroness wrote it herself, her ghost-digits guiding Torres’s fingers over the keyboard.

Best-known for her frank sexuality (the first poem in Body Sweats is, not surprisingly, “Ejaculation”: “I want to die— / I want to live— // Between this / lovembrace!”), the Baroness was not simply the modernist period’s most body-focused poet. Rather than organize the book chronologically, the book’s editors slot poems into one of ten numbered sections with subtitles designed to emphasize the range of von Freytag-Loringhoven’s oeuvre. So, in addition to “Poems of Love and Longing” and “Poems of Embodiment,” we get “Poems of the City and Consumption,” “Poems of Philosophical Contemplation,” “Visual Poems,” and the rather conference-y “Performing Nature.” One can’t imagine the Baroness herself agreeing to this academically imposed structure on what even the editors refer to as the “uncorsetted” “chaos” of her poems.

But this is not so much a collection of loose and crazy poetry as it is an argument for the weight and import—ultimately, the academic viability—of the Baroness’s work. The editors are careful in who and what they name-check in the introduction: Sylvia Plath but not the more obvious Anne Waldman; Kenneth Goldsmith but not K. Silem Mohammad, whose work far more resembles the Baroness’s in form, content, and all-important spirit; the Four Horsemen but not the far more kindred Canadian bill bissett. Most surprisingly, there is not a single mention of theGurlesque anthology, the one collection of poetry that seems closest in all aspects to the Baroness—she’s practically its patron saint. It’s as though everything Gammel and Zelazo know about the art comes from reading uber-critic Marjorie Perloff—who, you guessed it, is name-checked in the Intro.

The framing of this book aside, the selection of work is incredibly generous, including nearly 300 pages of von Freytag-Loringhoven’s poems and texts and dozens of illustrations in color and black and white, mostly of manuscript pages in the poet’s hand. It would be daunting if the work weren’t so immediate and engaging.

The avid reader will find in these poems at least something connecting this work to just about every genuinely thrilling thing that has happened in American poetry in the last hundred years, from Black Mountain to the Harlem Renaissance to the New York School. And, like them, it still feels as alive and filled with possibility and surprise as it must have when it was first written and performed. This, more than a poem’s craft or even its influence, is what keeps us reading.