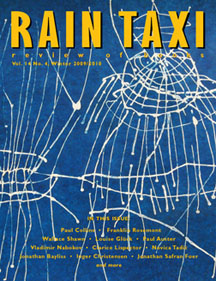 Augusta Talbot was born in New York City, attended the Maryland Institute of Art from 1969-1971, and received a BFA in painting from the Tyler School of Art in Philadelphia in 1973. She has exhibited in museums and galleries across the country, and has twice had solo exhibitions at Vanderwoud Tannanbaum Gallery in New York City. Her work has been in numerous group shows, including The Sculpture Center in New York City, The Contemporary Arts Center in Cincinnati, Ohio, The John Michael Kohler Arts Center in Sheboygan, Wisconsin, and The San Francisco Craft and Folk Art Museum. Her work has been reviewed in The New York Times, Artforum, The Village Voice, and American Ceramics, among other publications. Talbot is now involved in a collaboration with the painter Amy Trachtenberg on a large installation at The Children's Hospital in Oakland, California. She is also working on a project employing language and image with the poet Michael Palmer. Visit her website here.