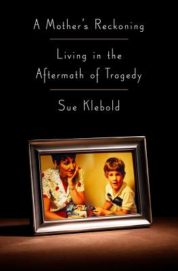 The tension that animates Sue Klebold’s A Mother’s Reckoning: Living in the Aftermath of Tragedy, could be conveyed with the simplicity of an elevator pitch: What if the mother of one of the most infamous school shooters in American history were a great mom? What if she were the kind of attentive, well-adjusted parent who knew the names of all the kids on her sons’ soccer teams, who didn’t let her children watch too much TV or eat sugary cereals, who geeked out on classic samurai movies with her sons and then “put them to bed with stories and prayers and hugs”? It’s as if Beowulf finally came face to face with Grendel’s mother, only to find her tearfully watching home movies and rummaging through a box of her son’s art projects.

If A Mother’s Reckoning disabuses a few readers of the notion that Dylan Klebold’s parents were abusive, incompetent, or negligent, it will be in part because it never feels as if this is Klebold’s primary aim. Rather, her book is a careful, sometimes obsessive investigation into the suicidal depression that Dylan hid from almost everyone around him, including his loving parents, until he and his friend, Eric Harris, shot to death twelve students, a teacher, and themselves at Columbine High School. How did Dylan’s mother not see it coming? The question takes her seventeen years and the whole of her book to answer, as she chases the son she thought she knew through her memory, his journals, and years of her own research into suicide and depression. It is a testament to Klebold’s thoroughness that her focus on what she calls Dylan’s “brain illness” feels more like clinical precision than a copout. As an FBI psychologist says late in the book, “Eric went to the school to kill people and didn’t care if he died, while Dylan wanted to die and didn’t care if others died as well.”

The journalist Dave Cullen traced how Harris’s cool psychopathic tendencies and Dylan’s smoldering depression became a tornado of violence in his persuasive 2009 book Columbine. Readers of Cullen’s book will find few revelations here. And yet, the bravery, compassion, and clear-headedness of A Mother’s Reckoning make it required reading. Klebold kicks another few dents in the media-created mythology of Columbine, with its trench coats and goth conspiracies—glib, sensationalist treatment that, many have argued, contributes to more mass shootings. More importantly, Klebold makes the reader want to grab their nearest son, daughter, or sibling, and say, “I love you so much . . . you are such a wonderful person, and [we] are so proud of you.” In fact, Klebold embraced Dylan in their home and said these words less than two weeks before her son became a killer.

Those who want to write off Klebold as self-deluding are free to—it’s probably the path of least resistance, and one she herself has occasionally fallen into in the years since the massacre. But Klebold, who is donating all author profits to mental health research, has worked hard to put such self-flagellation behind her. A Mother’s Reckoning reaches a harder truth: Sue Klebold loved her son totally, sincerely, and well. It was not enough.