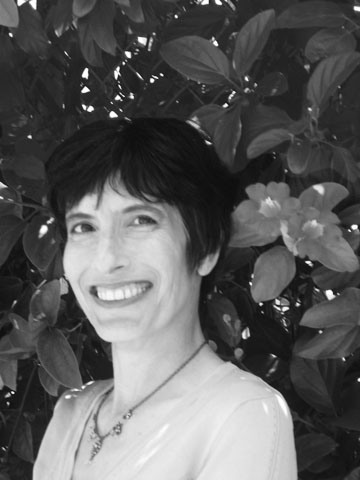 A Community Writing Itself: Conversations with Vanguard Writers of the Bay Area (Dalkey Archive, $29.95) is a meaty anthology of interviews with twelve poets all deeply rooted in place. Editor Sarah Rosenthal conducted in-depth interviews over a span of many years with Kathleen Fraser, Robert Glück, Barbara Guest, Brenda Hillman, Nathaniel Mackey, Michael Palmer, Stephen Ratcliffe, Elizabeth Robinson, Camille Roy, Leslie Scalapino, Juliana Spahr, and Truong Tran. Rosenthal does an amazing job digging into the poets’ work and asking them questions about how the Bay Area literary scene has influenced their writing. Besides the interviews, the book contains Rosenthal’s sharp and informative introduction, which sketches the Bay Area’s long history of avant-garde poetics and community formations.

Craig Santos Perez: In the introduction to A Community Writing Itself, you mention that you began working on this anthology after four and half years of writing a monthly, online column featuring Bay Area poets. Can you tell us a little bit about this column?

Sarah Rosenthal: It was called “Local Howlers.” I wrote it for CitySearch, an online city guide which, during the dot-com boom, had a full team of writers and editors producing extensive local coverage of culture, politics, nightlife, and so forth. I wrote more than 50 features on Bay Area poets of all stripes. Most of these combined a biographical sketch with a close analysis of a single poem; I also did special features, like “Poetry in the Margins,” where I interviewed people teaching poetry to prison inmates, at-risk youth, and the elderly, and featured poems by their students. It was a lot of fun but eventually I got frustrated by the fact that I was putting in long hours of research for pieces that were limited to 1,000 words or so. It just wasn’t allowing me to convey the richness of the work or the depth of my own engagement. I sought a different form. 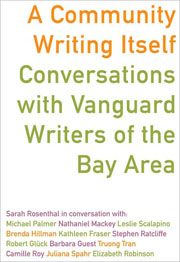 A collection of interviews made sense because in addition to the lengthy interviews I conducted as research for the column, I’d done quite a bit of interviewing in other settings. For example, I’d interviewed Bay Area Holocaust survivors for the Holocaust Media Project; I’d interviewed the entire teaching staff at a nursery school in Berkeley where I taught in my twenties, and I’d published an interview with poet Aaron Shurin in the literary magazine at San Francisco State, where I was getting my MFA. So I was already enamored of the form—the intimate, collaborative, improvisational nature of it.

CSP: Your experience conducting interviews really shines in this anthology; your interview style initiates a deeply personal and poetic response from your interviewees. How did you prepare for these particular interviews? What do you do during the interviews to foster intimacy, collaboration, and improvisation?

SR: I think a couple things helped foster deeper responses. One is that I took a few months to immerse myself in each writer’s work before an interview. My approach was akin to the way I enter someone’s home, absorbing the interior in order to make contact with the particular consciousness it manifests. I took copious notes, in which I gave myself room to speculate, free-associate, and in a variety of ways develop my own relationship with the work. I tried to avoid reading critical work by others until late in the game; I wanted to make sure I’d developed my own response before bringing in other opinions.

In addition I attended to other works, artists, and thinkers pointed to by each writer. Preparing for Barbara Guest’s interview I read an exhibition catalog about Hans Hoffman, a painter evoked in her bookThe Red Gaze. Reading Michael Palmer’s work I found a reference to the composer Giatino Scelsi, and acquired some of Scelsi’s music. And so on. These were pleasurable excuses to expand my own knowledge of various artists within a meaningful context, and gave me an additional lens through which to view the writer’s work.

A pattern developed, where I’d chip away steadily for a couple months, and then in the 48 hours or so before the interview I’d go into high gear—the impending conversation triggering a new level of clarity about what I felt the particular artist was trying to do—what her vision was and how she was executing it formally. It was really a high, and made all the preparation feel worth it. I’d slide right into the interview with this charged-up feeling.

I think that combination of preparedness and keen interest was evident to the interviewees, and I believe it helped foster rich responses. In addition, during the interview itself I often offered my own reading before asking a question. I think this builds trust on the interviewee’s part because he sees that you’re taking risks, making yourself vulnerable as you extend your own attentive, imperfect supposition. That approach creates an atmosphere of mutual exploration, and it also gives your interlocutor more to respond to.

What I was attempting to enact in the interviews is a poetics of witness, a poetics of attention that, in my experience, creates an opening, some kind of flowering. I find it’s a similar process whether I’m, say, writing poetry or teaching creative writing or, in the case of this book, interviewing other writers.

CSP: In the introduction to your anthology, you provide one of the most detailed literary histories of Bay Area poetry I've ever read. For those who haven't yet read the anthology, can you briefly describe the major Bay Area literary movements. In your opinion, what makes the Bay Area scene so unique and vibrant?

SR: I hesitate to try to encapsulate—or even list major features of—the history of Bay Area writing in so short a space; it was already in some senses an impossible task within the space of a book introduction. The Bay Area writing scene has so much going on that it’s troublesomely easy to overemphasize some features at the expense of others, and to leave people and groups out altogether. In the book introduction I point to a number of 19th- and early 20th-century writers who lived in the Bay Area or spent time here; then briefly trace some key movements including Kenneth Rexroth and his circle, the Berkeley Renaissance, the Beats, the Dharma Committee, the “New American” poets, the Language poets, the New Narrative writers, the feminist experimental poets who started outlets like the magazine How(ever) and Kelsey Street Press, the Black Arts movement, Kearney Street Workshop, the Third World Communications Collective, and the Bolinas poets, as well as a number of individuals who aren’t identified with any single school or movement. Excellent histories covering some facets of the scene include Michael Davidson’s The San Francisco Renaissance; Eleana Kim’s “Language Poetry: Dissident Practices and the Makings of a Movement”; Lewis Ellingham and Kevin Killian’s Poet Be Like God: Jack Spicer and the San Francisco Renaissance; Bob Perelman’s The Marginalization of Poetry; and Robert Glück’s “Long Note on New Narrative.” Much more could, and should, be written about the area’s literary history, teasing out the complex relationships between groups, and striving for greater inclusion, for example of nonaffiliated writers and of more recently emerging writers and groups.

The literary scene here is in part so vibrant because the Bay Area has for centuries been a place of invention and discovery, a haven for people who don’t fit the mold of traditional expectations, a zone of permission where people can try out new identities, new lifestyles, new aesthetic forms. The Bay Area is also a phenomenal cultural stew, and cross-cultural fertilization is always a good thing for artists, magpies that we are, stealing good ideas from wherever we can find them. I’ve no doubt that our unique geography—this cosmopolitan city with its dozens of stunning views, perched at the brink of the ocean, and an easy ride to some of the most gorgeous nature anywhere—also gets under our skin as writers, affecting what and how we create.