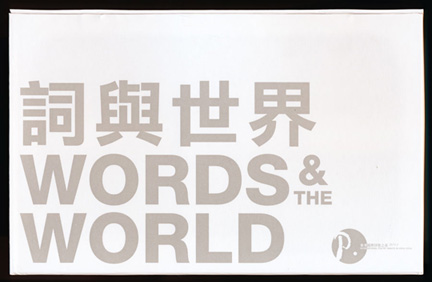 Now your planet, that small territory where
your name collected the weight of the chosen, is strange.
Be dazzled by the seagull’s cry.
—María Baranda, “Letters to Robinson”

It is a peculiarly auspicious time for world poetry—renga on crack for the 21st century, one might say. That four-language writing experiment between Jacques Roubaud, Charles Tomlinson, Edoardo Sanguineti, and Octavio Paz in the 1970s has gone global, viral, rhizomatic, and emphatic. Dutch poets are writing in French and Spanish with their European and South American counterparts. Chinese and Slovenian poets are meeting up in England—and English—to write poetry together in their native languages. People across Asia and the Middle East are writing in French, while Africans from Senegal to Somalia are writing in Italian. And, yes, the Internet. Poems are being translated into thousands of languages, and a language currently goes extinct faster than your local independent bookstore (around two weeks, give or take).

While not exactly household names compared to, say, Suzanne Collins, once-censored, dissident Misty Poets like Yang Lian and Bei Dao actually enjoy a strong international readership. Tomas Tranströmer, who hosted a then-exiled Bei Dao at his blue house twenty-three years ago, won the Nobel Prize in 2011. The passing of 1996 Nobel laureate Wislawa Szymborska, as well as America’s inimitable Adrienne Rich—both in 2012—hint at the end of a dynamic generation of engaged World Poetry writ large, while anthologies like Language for a New Century (2008), New European Poets (2008), and The Ecco Anthology of International Poetry (2010) herald the next generation’s engagement with the global issues of our day. People are still imprisoned or killed for writing or reading poems, yet never before has the poetic diaspora been so dynamic and exciting.

Enter Words & the World, the material result of 2011’s International Poetry Nights in Hong Kong. A white box roughly 7 x 11 x 2.5 inches in dimension houses a collection of twenty chapbooks, black ink on white paper, with at least two languages guaranteed in each chapbook (Chinese and English). The collection “begins” with the younger generation Mexican poet María Baranda (b. 1962), and “ends” with Chinese writer Yu Xiang (b. 1970), integrating them with better-known or longer-standing international versifiers, including Irish trickster Paul Muldoon, American spiritualist C.D Wright, Japanese lyric master Shuntaro Tanikawa, and Slovenian dynamo Tomaz Salamun. The box-set effect encourages reading at cross-cultural purposes, to be sure, and a nice leveling effect emerges between poets, poems, and languages. The work inside is generally stunning, strange, and vibrant, in no small part due to having crossed so many borders to appear before your very eyes.

Today’s English speaker is more than likely aware of the myriad forms of English informing the polyphonic Anglo poetry world, and the inclusion of such diverse poets as Muldoon, Wright, and Indian Vivek Narayanan intimates as much. Perhaps because the “West” often conveniently forgets that a billion people speak the language, Words & The World importantly underscores the heterogeneous nature of living and writing in Chinese by showcasing writers from mainland China, Hong Kong, and Taiwan. All of them seem engaged in some form of epic conversation with a “West” that is far from predictable or uniform in its concerns or manifestations. The addition of poets like Brazilian Régis Bonvicino (writing in Portuguese, despite his French-Italian name) and German-born Russian poet Arkadii Dragomoshchenko further reinforces the sense of a grandiloquent, irreverent dialogue occurring across the seven seas. Bonvicino’s chapbook includes an untitled poem dedicated to Dragomoshchencko, which begins: “Almost no one sees / what I see in the words / byzantine iconoclasm / the clock reads midnight or mid-day?” (56). Indeed, the byzantine iconoclasm of this box set is what astonishes most of all, the overriding and often overwhelming sense that, night or day, it is high time for all of us to wake up.

Things come together; the censor cannot hold. The “misty” poetics fueling work in 1970s China seems to have transmogrified into something equally urgent and twice as brash. Bei Dao wrote in Oslo in late 1989 that

and almost exactly twenty-five years later, on September 18, 2004, the “controversial poet and gay writer” Chen Ko Hua (who also happens to be a Taiwanese ophthalmologist) declares in his poem “Taiwan Tableau—To the 21st-Century Chen Yingzhen”:

Taiwanese poet Chen Yingzhen was imprisoned in the ’60s and ’70s, and here Chen Ko Hua anticipates the imperative of his future incarnation, the perennial need for a poetic voice that can speak truth to power, beauty to truth, and power to beauty.

Consider Yao Feng, Beijing-born Associate Professor of Portuguese at the University of Macau, and his assertion that

if it weren’t for revolutions, famines, wars,
plagues, popular movements, earthquakes,
floods, ligations, mine disaster,
the Chinese population
would be more than it is today

This concise shock doctrine inside a poem brings us back to the end times—i.e. today—an historical moment heralded and celebrated by this box-set collection as a whole. It should be noted that none of the twenty poets hails from Africa or the Caribbean, or writes originally in Arabic. Ultimately, a polyvocal configuration such as this one eschews offering impossible totality or coverage in favor of an open-ended party, a veritable moveable feast of multilingual verse.

Words & the World also comes with a pencil, and an implicit challenge. It is up to us to find ways to keep both sharp.