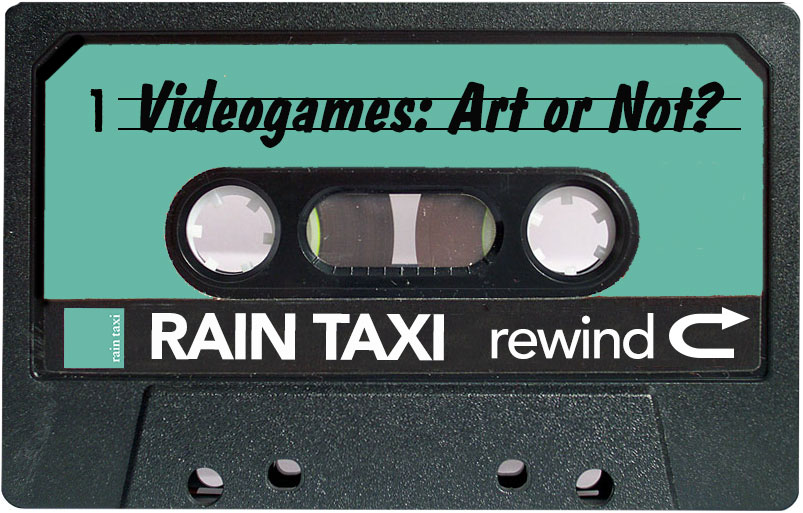 Unless you were on your ninth straight hour of bingeing the newest Harry Potter book your parents probably didn’t need to demand that you put a book down and do something worthwhile. Reading, we can all agree, is worthwhile; it’s a direct interaction with a piece of art, or an entry point to new ideas or perspectives, an expansion of our minds and imaginations, and often all of the above. It is “good for us.” Films and television shows occupy a similar cultural space, with obvious caveats regarding artistic quality. From these perceptions come the markets for reviews and academic criticism, and the whole bevy of ways we make art a part of our cultural conversation.

But what about videogames? I am far from the first person to say “videogames are art”; in fact, that statement probably conjures in your mind That Friend we all have who keeps saying that even though no one asked him. And without question, elements of world-building, narrative, character development, and visual art are clearly present in gaming; with advances in capabilities, game developers (the artists, here) have a fairly limitless creative frontier. We in the class of Smart People Who Consume Art acknowledge all this, but why do so few of us actually believe it?

The problem is one of stigma. Videogames are what your loser brother plays instead of going on dates; they’re childish and desensitize us to violence; they’re addictive and mindless; they turn your brain to mush. This is what the majority actually thinks, no matter how many beautifully rendered games with riveting writing, memorable characters, and scores composed by world-class musicians might be out there. And this is why your favorite literary review or culture source will rarely cover worthwhile artistic breakthroughs in videogames.

It’s not that those stigmas are entirely without truth. Each of those flaws can be true of videogames, depending on the game, its makers, and its players. But when we look at writing with a critical eye, we seem far more capable of distinguishing between pulp and art; we’re discerning enough to set aside books or movies we deem to be less worthwhile without taking that attitude toward the entire medium. We should learn to do the same for videogames, because the simple fact is, if we don’t, we’re missing out on some of the best artistic creations our culture produces.

Some of Rain Taxi’s best reviews of books related to gaming: