Rain Taxi presents a virtual conversation with musical legend and profound author Victor L. Wooten. A five-time Grammy winner, Wooten is also a skilled naturalist, teacher, magician, acrobat, and yes, writer. His latest book, The Spirit of Music (Vintage Books) is a tribute to the relationship that has sustained him all his life.

Wooten will be joined in conversation by fellow bass player and radio host Sean McPherson. Free to attend, registration required.

Victor Wooten, now a five-time Grammy winner, is a founding member of the super-group Bela Fleck and the Flecktones; he has also become widely known for his own Grammy nominated solo recordings and tours. He has won every major award given to a bass guitarist, including being voted Bassist of the Year in Bass Player Magazine's readers' poll three times (the only person to win it more than once). In 2011, Rolling Stone magazine named him one of the Top Ten Bassists of all time. Victor has been heralded as "the Michael Jordan of the bass" and "one of the most fearless musicians on the planet.” 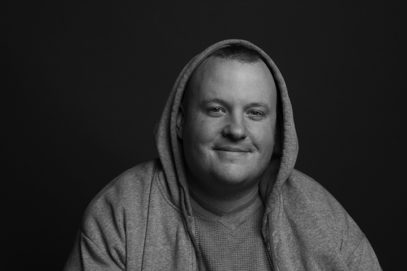 Sean McPherson is a host on Minnesota Public Radio's The Current, handling the request show, Radio Free Current, as well as co-hosting the hip-hop and r&b show, The Message, with Sanni Brown. He also co-hosts "The Warming House" on MPR News with Nina Moini and serves as the project manager and host for Purple Current, an HD2 station celebrating the musical universe of Prince. A recovering touring musician, McPherson has spent time playing bass with Dessa, Heiruspecs, and his solo project The Twinkie Jiggles Broken Orchestra. He lives in St. Paul with his wife and two children and is a proud graduate of St. Paul Central and the University of Minnesota.