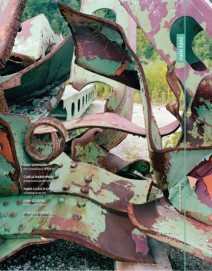 Vance Gellert bought his first camera as he was finishing his graduate studies in pharmacology at the University of Minnesota. He soon realized that the camera was going to give him a more effective voice to address the important issues of medicine. Following post-doctoral studies at Emory University, he left the field to pursue photography. Several years after completing his MFA at Virginia Commonwealth University he cofounded pARTs Photographic Arts a nonprofit gallery for photography in Minneapolis where he was director and curator for 13 years.

He left the organization in 2003 to pursue his photographic dream of documenting rituals and ceremonies surrounding medical plant use by traditional and shamanic healers in Bolivia and Peru. That culminated in a major exhibition (Smoke and Mirrors) at the Minneapolis Institute of Arts in 2008 that travelled nationally. That work has been expanded to studies in Western clinical practice at area hospitals.

A natural storyteller, Vance didn’t stop with medicine. Other projects include REAL: Artists and Landscapes, about self taught artists. He also did a moving project on the survivors and first responders of the 35W Bridge collapse in 2007. That project, entitled BRIDGE, opened at the Mill City Museum on August 1, 2012, the fifth anniversary of the collapse. It now tours Minnesota. Last year he began an all-consuming project on the Minnesota Iron Range, a story that even Minnesotans are only vaguely aware of. One of his favorite bodies of work was his first, CarlVision, a 13-year project he did with son, exploring emotional rollercoaster, mostly fun, of the father-son relationship.

Vance’s projects have been presented, published and are in collections nationally and internationally. His work has been supported by numerous grants and fellowships (National Endowment for the Arts, Minnesota State Arts Board, McKnight Fellowships, Jerome Foundation, Minnesota Legacy Funds). His work can be seen at www.vancegellert.com. 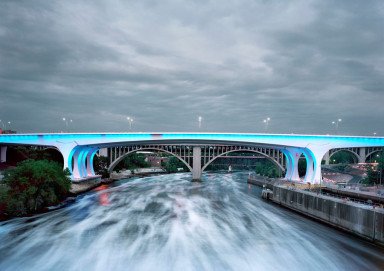