The Life of the Mind
Christine Smallwood
Hogarth ($27)

Lynn Steger Strong’s Want and Christine Smallwood’s The Life of the Mind are two new novels about working as an adjunct professor in what many call adjunct hell. Despite no security and low wages, by 2013 over a million people were non-full-time academics, comprising 75% of higher education faculty. Many former and current adjunct professors have written novels about their teaching jobs, most relating how their heroes struggle to survive in fields they thought they loved. Want and The Life of the Mind are worthy additions to this growing micro-genre. 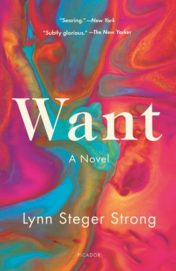 In Want, Elizabeth lives an exceeding precarious life, teaching long hours to support her family. Her alarm goes off weekdays at 4:30 a.m. so she can get to her first job, teaching English in a charter high school. One evening every week, our heroine also teaches a night class at the Ivy League university where she went to graduate school. Elizabeth owes $30,000 for her C-section from her first birth; her husband used to work at Lehman Brothers before the crash, but he now takes care of their two children during the week and does custom woodwork on weekends. The couple’s finances are so bad the husband just filed for bankruptcy for over $140,000, but his $100,000 of college loans aren’t covered. Elizabeth can’t even afford to buy a novel.

Despite this, both these adults are idealists rather than realists. Elizabeth never realizes she and her family have sunk to the lower level of the working class; when she and her family go to visit one of her husband’s wealthy clients in Long Island, the wealthy wives look at her “mussed-up, too-big clothes,” muttering to each other she’s “alleged” to be a professor. They must confront their crisis, however, when they have to leave their NYC apartment and choose between moving to rural Maine to stay with her husband’s family or asking for money from Elizabeth’s wealthy parents.

I was an adjunct professor for 24 years in Los Angeles community colleges, and for the first four years I taught ESL in the heart of South Central Los Angeles. In my poetry at the time I often wrote about working as an adjunct, describing how a Latina woman entered my classroom with a little wooden box asking my students for money to help bury her dead baby, or how after the 1992 uprising my students came to class explaining that all the supermarkets in their neighborhood burned down but they still wanted to learn English that day, or how when the administration wanted to cut most of the ESL classes, the students and faculty stood up to fight until all the classes were restored. The need to fight for workers’ rights became stronger over time: My last 14 years as an adjunct I taught at Santa Monica Community College because it had the only faculty union in the state of California that allowed adjuncts to get health insurance along with the full-timers, and our union once had both adjunct and full time faculty on the picket line to keep up our wages and benefits. 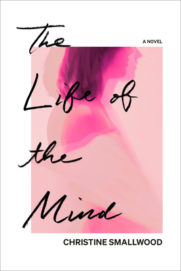 In both Want and The Life of the Mind, however, the protagonists never take part in any political or union action on the job, focusing on their other pressing problems. In The Life of the Mind, Dorothy is an adjunct professor “in the English department and first-year writing program of a private university whose list-price tuition was twice her annual earnings.” She is teaching the class “Writing Apocalypse” and three other English classes, but her attention is on her miscarriage, which has gone on for six days. Throughout the novel, Dorothy imagines the apocalypse as a time when the children of the future are on rafts, roped together in an endless winter. In Dorothy’s fantasies she explains she was taught “that to increase my standard of living, all I had to do was follow my dreams,” but that fantasy is leading nowhere, and she is running out of dreams while colliding into reality.

Dorothy lives with and is financially supported by her devoted boyfriend; her problem is her comical self-delusion. She possesses what she calls the “cruel optimism” that she one day might get hired full-time, though her co-workers treat her with disdain. The novel is often funny and sad at the same time, satirizing most of the full-time faculty as “career automatons” or slapstick fools. While trying and failing to xerox material for her class in the university’s library, Dorothy has a moment of realization that “the university really did despise her” and for the first time thinks she was naïve to “believe there was anything glamorous about the life of the mind.”

These two novels are both fine examples of the internal worlds of women stuck in adjunct hell. But neither Dorothy nor Elizabeth in any way think about how, in recent years, graduate students and adjunct teachers have been going on strike for better wages and fairer treatment. Perhaps novels to come in this growing micro-genre will offer an update to the 1930s novels about organizing unions that helped bring the need for this movement into the public eye.

Click here to purchase Want
at your local independent bookstore