TOO COOL TO BE FORGOTTEN
Alex Robinson
Top Shelf Productions ($14.95)

The coming-of-age story is one of the great chestnuts of literature. One of its perennial problems, however, is that even when told in the present tense, it's usually written from the vantage of a wiser present, which can lead to narrative doldrums, to say the least. Fortunately there are still creative minds out there who can tackle this problem. A recent film, Let the Right One In, so thoroughly inhabits its 12-year-old protagonist's point of view that the horror of daily life and school brutality makes vampirism gentle and redemptive by comparison. Likewise, in Cormac McCarthy's The Road an even younger child is forced to cross the threshold in an apocalyptic wasteland, with every decision made by his protector an object lesson in the complicated nature of humanity.

In comics, there's a special opportunity to use the medium's disjunctive presentation of words and pictures and its ability to equalize the fantastic and the real when engaging childhood's end. Three recent graphic novels take different approaches to the coming-of-age narrative but all succeed in sketching in some intriguing details about the genre. 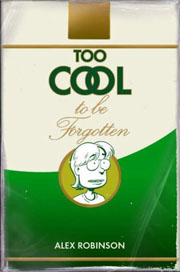 Alex Robinson's Too Cool to be Forgotten is the smallest of the bunch, though not slight by any means. Robinson, creator of the terrific, ensemble-driven brick of a book Box Office Poison, here delivers a much tighter work, folded in on itself at times like origami. His decision to compress is wise, though, given the story's plot device: Robert Wicks, a balding father nearing 40, tries hypnosis to stop smoking and instead finds himself reliving high school with his adult memory and mentality intact. It's almost a worn trope, but Robinson uses the strength of his pictorial storytelling to keep the pace fast and the work engaging. He gets every detail just right, down to his younger sister's unicorn T-shirt in the past, and the details accumulate to hint at things about everyone (on Robert's intake form at the hypnotist, he fills in "How to Build Your Dream Deck or Patio" for the question "last book read": nuff said). Plus his imaginative and well-constructed layouts invite us down the rabbit hole with Robert at every stage; juggling dialogue, thought balloons, character, and action, Robinson uses every trick in his arsenal to keep the story married to the themes. Narrating an adult mind in a child's body is no easy task, but Robinson pulls it off with aplomb, and if his time-traveling adventure yields a predictably mundane result—our present-day protagonist quits smoking, of course—how he gets there is filled with whimsy, heartbreak, and surprise. 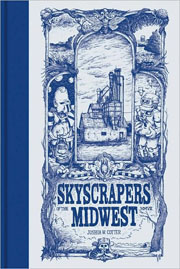 Despite its fantastical lynchpin, Too Cool to be Forgotten essentially depends on psychological realism to reach its satori-like conclusion. Joshua Cotter’s magnificent Skyscrapers of the Midwest takes a different tack, using surrealism and formalism to convey its main character’s bildungsroman. Part of the fractured nature of the story comes from the fact that it was originally published in installments, of course, but even so, Cotter makes the most of his piecemeal project by inserting metatextual elements—fake ads, for example—that reflect the story back to itself and place the dreamlike narrative at an intriguing, resonant remove. And dream itself is part of the story, insofar as our protagonist’s tortured youth is spent fantasizing about something better—whether robots, Jesus, or a healthier home life. (As with Craig Thompson’s wonderful Blankets, the book’s even-keeled presentation when it comes to the more fundamentalist branches of religion is a strength, keeping things complex and in play where a lesser writer might demonize and simplify.) And Cotter’s evocative illustrations do as good a job at blending reality and fantasy as his writing, staying just one side of whacky while feeling like they could transmogrify on the page at any moment. With such a stunning first major work, Cotter is destined for great things. 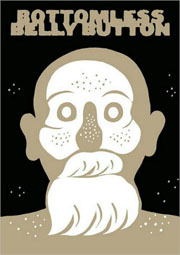 One could say the same about Dash Shaw’s Bottomless Belly Button. More family drama than coming-of-age story, it still belongs on this list for how deftly it handles the sweeping eddies of memory and occurrence that change us from our parents’ children into our own selves. Here the motivating device is the bombshell of an older couple announcing their divorce to their three grown children at the family’s beach house, and how it brings to the surface unresolved issues in each of their lives. For while the Loony children may be grown—David is having troubles in his own marriage, and Claire has a 16-year-old daughter, a character who throws the thready fringes of coming of age into stark relief—they still must travel through this trauma as accumulations of their younger selves, a process Shaw shows brilliantly. The entire work has the claustrophobic grace of a Woody Allen film, but Shaw does things that only comics can: for one, he bridges the gap between fantasy and reality by depicting Peter, the youngest Loony who sees himself (and is perhaps seen) as apart from his parents and siblings, throughout the entire narrative as an anthropomorphized frog. He also smartly refuses to offer an omniscient take on the events, save for the quiet move of labeling objects as the story unfolds, a move that, like Cotter’s metatextual elements in Skyscrapers, reminds us that the cartoonist is indeed God in this universe, even if he refuses to offer judgment.

Of course, these are but three examples of how smartly graphic novels can treat the tired and tireless subject of growing up; a fuller presentation could easily fill a book, one that includes autobiographical comics and teen superheroes and the hordes of other ways that graphic novelists go in search of lost time. Meanwhile, suffice it to say that these books—three of the best graphic novels of 2008 by any measure—hold important aspects of this prismatic theme up to the light, dazzling as they do so.