Having grown up as a poet on regional Midwestern anthologies like Common Ground, Beyond Borders, and Prairie Volcano, I was introduced early on to the conventions of deep image poetics. And as a native of rural Minnesota, the landscapes and communities depicted in those anthologies just seemed natural to me—not a stylistic by-product of surrealism’s slow saturation into American poetics. Life was really like those poems. Consciousness moved from surface to depth, and was connected with incomprehensible feelings that had become attached to mythic imagery drawn from western traditions.

These years later, I wonder what a new Midwestern anthology would look like—a collection that could follow traces from those mid-twentieth-century poetics into the poetic and cultural world of the early twenty-first century. If Common Ground were collected today, what would it look like? How do contemporary Midwestern poets explore that conventional deep image sense of the live center of life, the pulsing image at the core that can be glimpsed but never fully known? 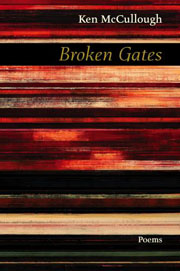 This was the mindset I occupied when I dove into new collections by Minnesota poets Ken McCullough and William Waltz. McCullough’s new full-length collection,Broken Gates arrives from the region’s Red Dragonfly Press (even the press’s name is a good emblem of the Midwestern deep image tradition), while William Waltz’s chapbook Confluence of Mysterious Origins, from Factory Hollow Press, comes out of Amherst, where Waltz went to graduate school and which has its own fabulous poetry community. (I should also say, by way of full disclosure, that I’ve met both gents a few times at poetry readings, and I’ve served as an Associate Editor for Waltz’s literary magazine, Conduit, for the past few years.)

From its first line, McCullough identifies with the kind of old school Midwestern poetics that I’m probably unfairly characterizing, here:

To find such a still point, manifested in the physical world, seems like the existential quest Midwestern poems have famously embodied. For a certain reader, this line might even call back to James Wright’s shy and rippling “Indian ponies” in “A Blessing”—ponies that electrify Wright’s verse and launched this historic thunderbolt in American poetry:

Suddenly I realize
That if I stepped out of my body I would break
into blossom.

The poem is a major touch-point for Midwestern poetics, set as it is near Rochester, Minnesota (rumor has it there’s a plaque at an I-90 rest stop honoring the poem’s inception), and, moreover, illustrating the magical ineffability that poetry can almost touch at the center of a moment—a palpable energy that’s better approached through metaphor and imagery than through philosophical logic or taxonomy.

McCullough’s title premise for Broken Gates is underscored by the book’s epigraphs, including this one from Edith Sitwell, on William Blake: “Of course he was cracked, but that is where the light shone through.” In his poems, McCullough seeks moments of pure light in a blissfully broken world. In “The Time,” he cleaves to his visions, physical and symbolic.

The act of seeing, of being in the world, hones the observer’s desire to live, and a pure incorporation into the natural would be a best-case scenario for death. Later in the poem, the speaker regrets the “chemlawn halitosis” of his neighbor’s riding lawn mower and the “laptop implant” his partner has acquired. McCullough’s late romantic oaths show his fealty to contactwith an uncorrupted world, still inhabited by fellow creatures, whose presence remains available to us:

oh, in time
before oblivion takes us
I’ll wake you
and walk you to trees
where silver eyes watch

Throughout the collection, McCullough draws on a wealth of traditions and travels to a variety of locales; the poems understand the speaker’s place in time and within a weave of natural and cultural histories. As one of the cover blurbs notes, McCullough has a shamanic way of adjusting the existential level of his poems—from the box elder bug to the sense of prehistory we carry in our bodies. Yet if the main desire is to connect with something transcendent, McCullough’s poems are also up for complexity and connectivity:

They might
raise the level of your essence or
dapple the lone rider on your horizon.
They might sink intact into the
Akhashic record and all you remember
is invisible hands on your back.

In short, Broken Gates is a nimble, fluent collection situated in a great tradition of American poetics. McCullough’s presence is thoughtful, passionate, and kind. Reading the book is like having an excellent conversation with someone who’s smart and wise and welcoming. 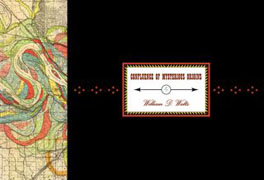 That’s also what it’s like reading William Waltz’s Confluence of Mysterious Origins, except the conversation partner’s apt to vamp away from bird-watching toward quantum mechanics or the topography of the brain. Waltz, who also has a new collection from Cleveland State University Press, and who has edited the literary magazine Conduit for going on twenty years now, doesn’t use his shifty poetic moves to mask an inability to finish a thought. But the intelligence in the progression of Waltz’s playful tangents sometimes takes a back seat to the pure pleasure of following his language. Half the fun of a William Waltz poem is in the getting there.

In “I’ll Be the One Wearing Tiny White Boots,” Waltz sends word back from a hell that’s a combination of an F. Scott Fitzgerald summer social and a Greek Olympiad. By the time the poem ends, we might suspect that Waltz’s inferno is a metaphor for living now, with all our abilities seemingly irrelevant to our requirements, and our shiny white boots designed to satisfy some sense of identity but not actually to move us anywhere. That “message” plane of the poem, though, plays mainly as background to the plane of imagery and fun:

Sundays we fling our javelins
into the mystery down by the river
while the feted ferries come in. Toot Toot.

For Conduit fans, it’s not surprising to encounter some whimsy near the gravitational center of a William Waltz poem. Since its inception in the mid-90s, Waltz’s magazine has brought forward vital poems in which all registers pertain to human experience, and the same is true of Waltz’s poems, where funny things can be dramatic, drama can be sad, sadness weird, weirdness transcendent, transcendence mundane, the mundane intellectual, the intellect wild, et cetera. All our functions, if we’re applying them fully, can fire on any and every channel during any and every experience. The kind of poetry that Waltz writes and publishes may be the art form best positioned to engage the fulsomeness of experience, because it’s the art that’s made of language. As we commonly use it, language is the channel of perception, recognition, and communication, but it doesn’t have to be. In an agile, responsive poetics, language’s relationship to meaning can be opened to the directions of sound, juxtaposition, association and play. Contradictions and non-sequiturs are not disqualified. Such poetry resonates with possibility, and to the extent that we carry poetics with us, away from the page, our worlds are expanded.

Reading Waltz’s “The Four Leaf Blowers of the Apocalypse Came Calling,” for example, we can expect to be challenged by vivid and rapid thinking, but we can also expect the satisfactions of real engagement—often modeled for us by the poem’s speaker, but ultimately intended to transfer over (“all the way over”—Olson) to the reader. Besieged by leaf blowers, mildly fuming, Waltz’s speaker connects back to poetic and personal values that may or may not be Midwestern.

For generations the leaves just fell,
then one evening I found myself
gathering a handful of species
together on a blank sidewalk.
I gave each leaf a pet name
and then I held them
in my forearms and the smell of autumn
attached itself to my personal
DNA. Then the steel tines and
the concrete conjured a spark
in the dark, a reminder of the great
generations that burned
their leaves in the autumnal gutters
of yesteryear.

Turn off your blower and rake your freaking leaves, someone less intent on a comprehensive treatment of experience might say, but Waltz is interested in the whole enchilada, including but not limited to disdain for the incessant application of loud and emissions-producing motors to tasks that could easily be carried out with a human-powered implement. As much as Waltz wants to register the plentiful significance of experience on multiple levels, there’s a familiar impulse at the center of the poem, a desire for contact with the ineffable: “a spark / in the dark.” At the end of the poem, the speaker’s

lawn whispered
to the wind, and the wind needed
nothing and could not be made
more perfect and the leaves blew away. (27)

In Confluence of Mysterious Origins, an ample and artistic thinker plays multiple channels of significance like Jonny Greenwood plays guitar. There are so many ways of knowing experience, and yet, we still desire the song, the encounter, to believe in something within or around us that is integral, and to make contact, even fleetingly, with that essential thing.

I fully realize that “Midwestern” is unnecessary, as is “Minnesota” earlier in the essay. It’s not about identifying allegiances to a state or region. It’s much more about the persisting legacy of deep image poetics, which could be considered a little surprising, given how long we’ve known that “things fall apart; the centre cannot hold.” Maybe we’re a speck elapsing on a speck in an unraveling dust bunny, but we still like when poems come to rest. Is that Midwestern? No. Probably it was all Spanish to start out with. Maybe French, or Italian. Yes, if we’re Midwestern at all, we’re probably secretly prone to the occasional dream of being Italian.