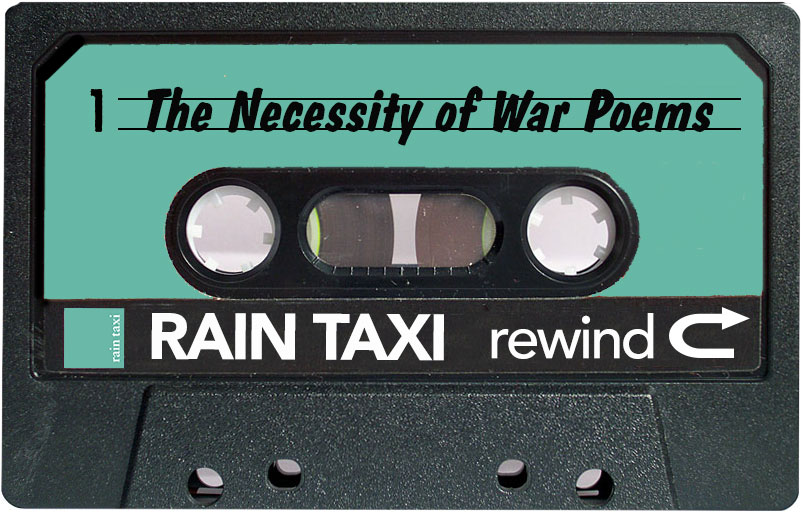 For most of us, war exists in our minds as something far away. We hear things, terrible things, but they’re always secondhand, diluted by geography and reporting and the simple fact that for over a decade now, our country has been vaguely and continually “at war.” It’s no longer new, to the point that it’s practically tedious to think about. War has shifted from a terrible finite event to a national state of being.

If hard-won facts, reported stories, and the grainy videos we sometimes get on CNN are losing their ability to move us, poetry still has something to offer. The war poem: it’s practically an oxymoron, isn’t it? It is not hard to imagine a spectrum of human experience in which the two terms exist on opposite ends. For a long while I felt that they should stay that way, far apart; it seemed wrong to fawn over the language or technique of a war poem, glossing over the fact that it arises from many people’s suffering. It felt like one more way to separate war from its own definition.

But then I read Brian Turner’s collection Here, Bullet. It’s graphic and tragic and at times hopeless and at others full of humanity, but more than any of those, it’s true. And so are many other beautifully written collections of war poetry, in the way they reinsert raw imagery and feeling into a term, war, to which we are currently far too desensitized. The poem can get us back to a place of pathos; it can resonate with us in ways that representations of fact never can. In this way, like the machinery and weaponry we too often choose to ignore, the poem built for war is a necessary instrument for these times.

Some of Rain Taxi’s best reviews of war poetry: