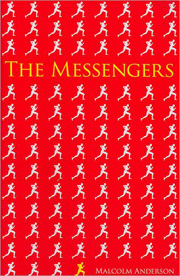 In Running in Literature, Roger Robinson argues that the marathon “is without parallel in being a major sports event that has entirely literary origins.” Those origins reach back to Herodotus, Plutarch, and Lucian, but it was Robert Browning’s 1879 poem “Pheidippides”—which recounts the legend of the Greek messenger of that name bringing news to Athens in 490 BCE that their army had defeated the Persians in the Battle of Marathon, running the whole way and dying promptly after delivering the message—that later led organizers to include a long-distance race in the first modern Olympics (Athens 1896) to commemorate Pheidippides’ accomplishment. That race was approximately twenty-five miles, and none of the seventeen competitors completed the event without walking. The distance wasn’t standardized at 26.2 miles until 1921. Women weren’t allowed to marathon until the 1960s, and didn’t have the race as an Olympic event until 1984.

All this history is just to say that the marathon as we know it is an upstart. This makes the exponential increase in the number of people running marathons, the number of marathons out there to run, and the number of marathons individuals are running either more or less impressive—but in any case unprecedented as far back as we have records. It’s those distance runners who are compelled not just by distance but by repetition as well who interest Malcolm Anderson in The Messengers. “Messengers,” drawing from Pheidippides, are runners who have completed at least one hundred marathons.

Anderson became interested in these runners after meeting one at the 2006 Athens Marathon; Anderson was there to run his first marathon, Dave his 200th. This accidental encounter led the author to wonder why these runners keep going, what we can learn from them, and why “they all seem so damn happy,” and these questions set Anderson out to interview scores of messengers from around the world. The book intertwines his interview transcripts with musings on the sport and readings of the running literature and philosophy.

The result is as inspirational as you’d expect. The achievements themselves are staggering—runners who earn messenger status in a single year; runners who surpass 1,000 marathons—but perhaps more striking is the amount and kind of meaning these athletes draw from their sport. Again and again, the things these runners say about running center around friendship, learning, self-acceptance, and happiness. Health for them is as much mental, spiritual, and emotional as it is physical. These runners all participate in the joy of running qua running, a jovial state wherein the experience of running becomes its sole purpose. Anderson quotes James Fixx capturing this approach well in his book, The Complete Book of Running: “We can run where we want to. We can go fast or slow, hard or easy. We can run by ourselves or with friends. We can get out seven days a week or fewer. We can think or let our minds go blank. All these choices are entirely up to us: furthermore we can change them according to the minute-by-minute requirements and fancies of our minds and bodies.” The messages these runners carry begin from running but they finish with life itself: “throw away the watch,” says Jim Barnes; “enjoy the run,” says Harold Copeland. “That’s the answer. Enjoy whatever you’re doing.”