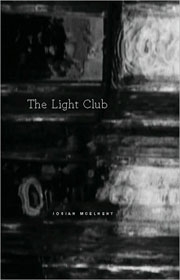 A German expressionist writer and critic, and a well-known theorist of the use of glass in architecture, Paul Scheerbart (1863-1915) authored mostly light-hearted, vaguely astral caprices that were favorites of Walter Benjamin and the Gestalt psychologist and writer Salomo Friedlaender, among others. His short vignette “The Light Club of Batavia,” originally published in German in 1912 and translated here for the first time, concerns a group of rich eccentrics who hatch a plan to create a dazzling, light-saturated underground environment—a spa for “bathing in light”—in an abandoned mine. There is as much digression as there is plot; the charm of Scheerbart’s writings (others of which detail politics on the moon and travels in a dirigible) is created by way of the novelty of invention and glittering beauty of the details, glimpsed in lines like “In my opinion, we all suffer from light addiction. It is the most modern of diseases.”

Sculptor and performance artist Josiah McElheny’s interest in the use of glass in sculpture led him to Scheerbart’s work, and he enlisted a number of collaborators in the creation of this chimerical book. In his introduction, McElheny sketches Scheerbart’s life and offers a synopsis of the work. This synopsis extrapolates a great deal from what is actually present, finding profundity in the slightest of the cast’s asides. But McElheny’s purpose isn’t simply to present the text as he found it—he wishes, rather, to use it as the hub of a series of extrapolations and ruminations, to explore how many facets can be found by turning Scheerbart’s text and ideas to various angles. The Light Club thus prints the original text, as well as a translation by Wilhelm Werthern; a poem by Gregg Bordowitz and Ulrike Mueller that thinks its way through the themes and scenes of the story without always referring to it; a reinvention of the story as a play by Andrea Geyer; a more modern-styled short story by McElheny, which treats Scheerbart’s text as a tale to be retold at a bar; blurred black and white photographs; and two further critical essays by George Hecht and Branden W. Joseph—all in less than 100 pages.

The book as a whole is similar in effect to some works by George Perec, or even Ron Padgett’s Among the Blacks—it presents pieces of text that act as shifting views, or as different “lights” shone on the same subject. If the reader wants conclusions, he or she has to draw them. Scheerbart’s wispy text is offered up in this heightened setting McElheny has created for it like a tiny diamond in a complex ring.