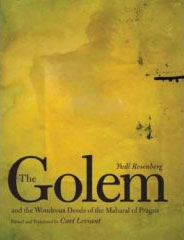 Much of Jewish history in the Christian era has been marked by systematic discrimination and punctuated by periodically brutal persecution. In recent history, the Holocaust, or Shoah, has been the most pronounced example, but it is hardly the only instance of murderous treatment of Jews. Among the most common ways that Jews were persecuted throughout the Middle Ages was through the blood libel: a persistent myth that Jews ritually slaughtered non-Jews (usually children) to use thief blood in the making of matzot for Passover (or to fill the hamentaschen at Purim, or for some other ritual purpose). In spite of the rulings of several popes (beginning with Innocent IV in 1247) that the blood libel was a myth constructed for the purpose of persecuting Jews, unknown numbers were falsely executed—some by mobs, some by courts—because of blood libel accusations. The blood libel fueled several sensational cases in the 19th and early 20th century; Hitler himself used the deceit to support his political agenda. The idea of the bloodthirsty Jew endures even to this day among the most virulent anti-Semites, particularly in the Muslim world.

It isn’t difficult to see why the idea of a magical creature capable of saving Jews from harm would be appealing. In his brief introduction, translator Curt Leviant recounts the ancient history of the golem myth: an artificially created man crafted of clay and brought to life by kabalistic magic. Although Leviant seems to assume a certain knowledge of Jewish history, he is nonetheless enlightening in his explanation both of golem legends in general and of the particular one that inspired Warsaw rabbi Yudl Rosenberg to write these stories, and then publish them in 1909 as a found manuscript. Rosenberg’s “Publisher’s Preface” begins, “Dear Readers! I am herewith presenting you with a delightful and hidden treasure that until now had lain hidden for some three hundred years in the great library of Metz.” The preface goes on to explain that the son-in-law of the Maharal (a renowned religious leader of 16th-century Prague) recorded these “wondrous deeds”; Rosenberg claimed to have merely purchased and published them. Rosenberg, Leviant explains, harbored a love of literature “in a community that viewed fiction as frivolous and utterly outside the Jewish tradition of Torah study.” By publishing the book as non-fiction, Rosenberg produced a bestseller that even the most serious of Torah scholars could enjoy without guilt.

Leviant’s thoughtfully crafted edition, the first to collect Rosenberg’s tales in English translation, provides a perspective on Jewish social and literary history that is both entertaining and illuminating. The stories themselves read as a cross between biblical parables and mysteries, with some mildly comic episodes thrown in. Yossele the Golem serves his master well, and the Jews of Prague are saved from many instances of blood libel and other misfortunes due to the Maharal’s wisdom and the Golem’s strength. In these tales, the Jews always overcome and the evildoers are punished, giving the reader hope that with faith in G-d and adherence to his mitvot—and perhaps with the help of a little magic—their own troubles could come to an end.