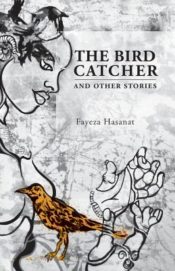 Once upon a time there lived a bird catcher. He captured a beautiful bird and adorned her with precious jewels to coax her to sing, but she would only sing if she were free—so he ripped her to shreds with great violence. Long after her death, her song, last sung thirty years before her capture, made its way to a recluse. He had been given the bird’s gifts willingly, but, even more violently than the bird catcher, refused to return them when she asked to have them back. Still, the recluse made good use of them: he finally found freedom from his own needs in the bird’s timeless world of pure thought.

Thus ends Fayeza Hasanat’s collection The Bird Catcher and Other Stories. This eponymous tale is stylistically odd in its allegorical, quasi-mythical tone, coming after the seven starkly realistic stories that precede it. Yet thematically, nothing could be more in keeping with the rest of the volume. The collection presents us with Bangladeshi (and Bangladeshi-American) women (or people who don’t fit comfortably into the male category, as in “The Hyacinth Boy”) who have their lives determined, directly or indirectly, by men and their power to write narratives about what women are and should be.

In many of the stories, Hasanat draws on her expertise as a literature professor to create compelling intertextual layers that add depth to the narrative and help characterize her female protagonists: “The Anomalous Wife,” “When Our Fathers Die,” “Darkling, I Listen,” and “Make Me Your Sitar” all feature main characters who experience literature, both Indian and English, as the locus of their rebellion against the norms that stifle their personhood. For instance, the protagonist of “The Anomalous Wife” is committed to a psychiatric facility because she has attempted suicide by “walking into the ocean.” The villain of the story, if it can be called that, is how American and Bangladeshi cultures both share a love of materialism. Addressing herself to her husband, the wife muses: “You always gave me everything I needed. Safety, security, happiness. A paid-off house and a solid retirement fund. Social Security benefits once we became senior citizens. . . . All we have to do is live the American Dream and die like true Muslims.” She underscores both her intellectual independence and her alienation from this world by speaking to the administrators of her perfunctory treatment mostly in incomprehensible literary references.

Two of the stories, “Bride of the Vanishing Sun” and “Darkling, I Listen,” deal with women who are “defective” in some way: the protagonist of the former is too dark-skinned to be a desirable wife, while that of the latter is infertile. They contrast the possible paths a woman in such a situation might take: reject the tradition that turned her into an outcast, even if this can only end in self-annihilation, or integrate herself within it, perpetuating it alongside the men and coming to resent what it does to women without quite being able to articulate why.

But female resistance is not confined to the creation of subversive identities in the Platonic space of literature. The protagonist of “Make me Your Sitar” is a woman who “firmly believed that women’s contentment depended on the strength of men. She never considered herself strong, nor did she believe in the existence of any such woman who might have the courage to stand up without holding the supporting hands of a man.” She strikes up an unlikely friendship with her rebellious daughter-in-law and eventually turns into the latter’s protectress and mentor. The main character is pushed by empathy alone to go against her values in order to fight back against an injustice entirely consistent with these values. Despite the darkness of the story, this strikes an optimistic chord: change can come slowly, but reliably, from within an oppressive system, without needing to be prompted by the injection of alien elements.

A different kind of power dynamic at work in the background of the stories is that between Bangladeshi immigrants and the American Dream. At home, the U.S. remains a land of promise, while immigrants consider the country as much their home as their place of birth. Hasanat chooses to focus mostly on how protagonists realize communication and reassert their identity despite language barriers (“Mother Immigrant”) and across ages and cultures, via literature and universal human experiences (“When Our Fathers Die”).

Like the recluse in the first story, we are privileged hearers of the women’s voices, situated outside their worlds but able to meet them in thought. The closing fable also contains what I take to be a description of the ideal reader of this collection, a reader who treats the stories not as a product to be consumed, but as a way of life to be understood: “What you feel is the willingness to surrender to whose existence you have never been aware of,” Hasanat writes; “It is your willingness to surrender to this other . . . that drives your heart and makes you different from all the bird catchers of the world. This feeling is therefore not love, but knowledge.”