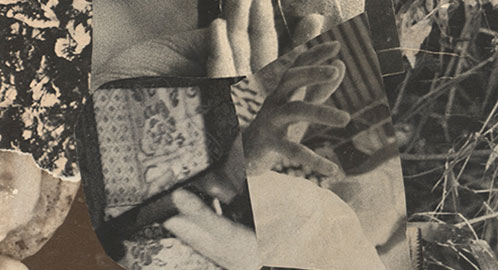 American Daredevil: An interview with Brett Dakin
Brett Dakin tells the story of his great uncle Lev Gleason, who not only published over-the-top crime and superhero comic books during the industry’s “Golden Age,” but also spent weeks in front of the House Committee on Un-American Activities defending free speech.
Interviewed by William Corwin

Traveling the Magdalena: an interview with Jordan Salama
On a journey down the Magdalena River in Colombia, Jordan Salama learned much about the people he met and their stories, which he recounts in his book Every Day the River Changes.
Interviewed by Allan Vorda

“It’s a much better interview because it doesn’t exist”: An Interview with Lance Olsen
Lance Olsen’s evolving brand of postmodernism showcases his ability to make the small into the large and the large into the ever-fragmenting small, without falling into the traps that would ensnare a less open and exacting writer.
Interviewed by Davis Schneiderman

Noise Cancellation
Jhilam Chattaraj
Raw and intelligent, Chattaraj’s latest collection focuses on the wake of the pandemic and our evolving lifestyles, offering a glimpse of life in various states of India. Reviewed by Dhishna Pannikot

Moments of Happiness
Niels Hav
The poetry of Danish writer Niels Hav is characterized by both a joie de vivre and a desire for justice, all tendered with a playful and humane sense of humor.
Reviewed by Alan C. Reese

Acid Virga
Gabriel Kruis
Acid Virga’s title is the first poetic move of a book whose intention is, as Keats wrote, to load every rift with ore. Reviewed by David Brazil

Tango Below A Narrow Ceiling
Riad Saleh Hussein
Now available in English translation, Syrian poet Riad Saleh Hussein’s poetry, influenced by the Beats and Surrealists, was provocative enough to draw the dire attention of the government. Reviewed by John Bradley

What Rough Beasts: Poetry/Prints
Leslie Moore
The dilemma of whether to render an idea into words or visual images animates the central dichotomy of Leslie Moore’s recent book of poetry and prints. Reviewed by Jefferson Navicky

Home Is Not A Country
Safia Elhillo
Safia Elhillo’s young adult novel in verse is a triumph of addressing cultural identity and belonging while being relatable to those in their early teens. Reviewed by Carlos A. Pittella

The Compensation Bureau
Ariel Dorfman
In his new novella, Ariel Dorfman draws the conclusion that despite everything the angels of mercy can do for us, the human condition seems doomed. Reviewed by John Kendall Hawkins

Under the Wave at Waimea
Paul Theroux
Echoes of Theroux’s essays, which serve as ports of both arrival and departure and offer direct experience of Hawaii and the Pacific, appear in his new novel. Reviewed by Daniel Picker

The Vanished Collection
Pauline Baer de Perignon
Translated by Natasha Lehrer
A search for priceless family heirlooms results in this work of nonfiction, which entwines a disquieting family memoir with a true tale of mystery and intrigue. Reviewed by Linda Lappin

Dangerous Visions and New Worlds: Radical Science Fiction, 1950-1985
Edited by Andrew Nette and Iain McIntyre
Focused on a surging period in Science Fiction, this recent tome offers wonderfully sweeping essays and studies of some of the most illuminating authors, editors, and publications bursting from a field in transformation. Reviewed by Paul Buhle

The True
Sarah Kornfeld
A contemporary reading into the interconnections between post-revolution Romania and the post-Trump U.S., Sarah Kornfeld’s The True is an extraordinary satire of the corrupt economy engulfing the world. Reviewed by Ekua Agha