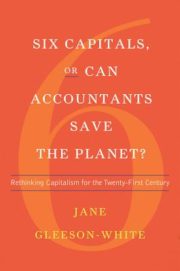 One could begin with a simple question: “What is the goal of a business?”

Perhaps one response would be, “To make money.” That sounds bizarre though, akin to saying the goal of an education is to get A's. Money and good grades are measures; to place the measure of a goal above the goal itself quickly risks losing sight of what the goal actually is.

So I'll propose what I feel is a more precise response: “The goal of a business is to create value.”

Value, alas, is an odd duck.

Open markets can express value. I use “open” here in contrast to “command” markets, i.e. those where a small coterie (king, dictator, politburo, cartel) sets prices. An open or “free” market is the aggregate of many buyers and sellers setting their fair exchange rates and responding to one another in a certain time, place, and circumstance.

If the time and place were, say, Romania in 2011, the market—at least in terms of music—had spoken resoundingly in the voice of Alexandra Stan. Her single “Mr. Saxobeat” became the first Romanian song to sell one million copies. Perhaps you heard the tune, though given its English lyrics and hyper-sexualized music video, may not have noted its country of origin.

I had a chance to DJ a wedding in Romania that year. I enjoy the challenge of entering another culture and learning what tunes evoke nostalgia, connect generations, and keep a party going. Finding the songs that people value. The couple suggested Maria Tănase, an artist that brought to my mind Lead Belly—someone deep in a national vernacular, but not upbeat wedding fare. At the party, when I played Stan it got some shakes and giggles. But when Tănase's mellifluous voice floated out into the night air of that quiet northern village and reverberated through its once heavily harvested forest, the people—so recently marched like pawns through someone else's wars both hot and cold—all rose and danced a slow folk dance with great joy.

What people value, and what they can or will purchase at a given time, are not always the same thing. Thus it may be foolish to claim markets can say nothing about value, but it is equally foolish to say they should hold a monopoly on the discussion.

Perhaps in the popping of various financial bubbles, a certain wisdom has been laid bare: financial growth is not unlimited and the distribution of financial capital is unequal and tends to accumulate towards those who already own a majority of it. The corrective bends towards redistributing financial capital: the $15 an hour wage, progressive taxation, higher corporate taxes. But is the problem being defined too narrowly?

Enter Jane Gleeson-White's Six Capitals, or Can Accountants Save the Planet? It’s a work more of reportage than avant-garde philosophy, but one that reports on cutting edge ideas in accounting with a keen and strongly critical eye.

Quite a bit of the babble that bubbles from the news of the day is concerned with only one of the six capitals she explores, financial capital. The idea “to make money” may simply be shorthand to say, “to create the highest increase in the value of financial capital.” Perhaps a worthwhile goal for one type of business.

But such a goal, as Gleeson-White argues, is too limited given the impact a business has on the community in which it exists. A business consumes resources (natural capital) and provides employment, education, and a sense of worth to people (human and social/relationship capital). A business changes what value it pursues, she argues, when it’s beholden not only to financial profit and loss but to other measures such as environmental impact.

Of the six capitals, Gleeson-White shines most fully when discussing natural capital, understandable considering the cultural momentum behind the sustainability movement and reflected in her “Save the Planet” subtitle. But for myself, despite the obvious ill effects of not accounting for natural resources, human capital is the starkest indicator of the success or failure of capitalist endeavor.

To be employed at a certain wage, under just conditions and with access to healthcare and continuing education, and to live in safe, healthy, active, and well-connected communities—these are high points of human well-being and dignity. Occasionally a financial market has such vibrancy—say post-World War II Flint, Michigan—to meet such conditions. But if human capital is tied to the perturbations of financial markets, or worse, subservient to them, how does such well-being develop over the course of a lifetime or generations?

One sector, that of non-profits, allocates resources into things society values in arts, sciences, education, etc. that fail to find great traction in a financial marketplace. In effect this decouples intellectual capital from an immediate return on financial capital. Could not a similar sector, adding to the mix of for-profits and non-profits, be developed? Let's call it a “steady-labor” model. Let it be run as a business, but with labor contracts that an outside entity (perhaps governmental) keeps stable. This would decouple the development of human capital from the financial ups and downs of the business itself.

Ultimately, the impact of business on the society that surrounds it is too great to be left in the hands of those who view it solely as a means of making money. That which has gone by the name of labor, or human capital—or, more simply put, humanity—should not be viewed as an expense, but as one of the primary assets to which capitalism must seek to add value.