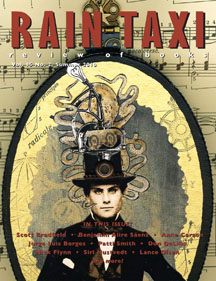 When Ramona Szczerba (a.k.a. Winona Cookie) is not being a psychologist in private practice in San Diego, she’s busy making art, something she has done for as long as she can remember. She enjoys creating whimsical children’s illustrations in watercolor, but also loves working with collage and assemblage. She favors the darkest faeries, legendary women, arcane subject matter and inventors who never were. She is currently obsessed with the steampunk genre and is trying to keep up with the torrent of characters who insist on being depicted and having their stories told. She has illustrated several coloring books and published two calendars; three of her pieces with their accompanying stories will appear in the upcoming anthology of steampunk short fiction, Steampunk II: Steampunk Reloaded. “Tesla” will also be included in the upcoming Steampunk Bible.