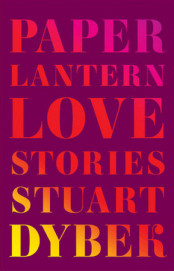 Let’s get one thing out of the way: Stuart Dybek is a genius and a master of the short story form. His stories are anthologized, taught, scrutinized, and worshipped. He is a MacArthur Fellow, a Guggenheim Fellow, winner of the Lannan Award and an O. Henry Award. His name is etched into MFA-program syllabi with the likes of Lorrie Moore, George Saunders, Alice Munro, Junot Díaz, and other writers who have perfected their corner of the genre. But something has always set Dybek apart, even in such company. The simultaneous release of Paper Lantern: Love Stories and Ecstatic Cahoots: Fifty Short Stories helps pin down what makes Stuart Dybek so unlike any other writer of short fiction today.

In Paper Lantern, the more traditional of Dybek’s two new books, each of the nine stories employs a hybrid of narrative and poetic structure that derails a plot in pursuit of a tone, a fleeting nuance of experience rather than a self-contained arc. The opening story, “Tosca,” uses the image of a man standing before a firing squad to examine operatic haunts of memory. “Oceanic” uses a common prop—a striped beach umbrella—to cohere disparate stories of longing, fantasy, and nostalgia; as the narrator of that story describes it, “Remembering was like trying to call back a dream whose fragmented imagery and troubling emotion had bled into her waking hours. Its protean transformations defied the logic of language and the linearity of a story.”

Dybek has long been interested in protean transformations—sudden and instinctual changes in a story’s direction are one of the qualities that set his work apart—and these stories are happy to defy the logic of language and the linearity of story. This, however, makes the volume’s subtitle troubling. To call the book a collection of “Love Stories” is a misnomer at best, at worst a red herring. These stories do each deal with passion, or romance, or longing, or multiple emotions that humans can endure when enduring other humans. But the endings of these tales (if you can call prolonged sequences of self-referential tangents “endings”) are rarely those of shared happiness or marital bliss or romantic stability. Dybek is at work with something more primal than convention. His stories meddle with the bond between language and emotion, between narrative and identity, between memory and experience.

This isn’t to say that story is entirely absent, it just isn’t located in the same places as in traditional narratives. Early on in Paper Lantern, Dybek provides a handy signpost for the reader: “I’ve never been conscripted to serve in a firing squad or condemned to stand facing death—at least, not any more than we all are—but in high school I once qualified for the state finals in the high hurdles, and I know that between the ‘Aim’ command and the shot there’s time for a story.” Indeed, the gaps in action are where Dybek finds his true subjects—the meandering and fluid impressions of his characters, the impulses that pull humans out of their habitual existences and back into the magic of actual life. These moments of quick diversion lead to new narrative avenues, and they read like the literary equivalent of taking a raft over a waterfall: free, frightening, exhilarating. They are the hallmark of Dybek’s craft as a writer, his definitive tactic as a stylist. 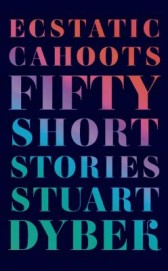 Perhaps for that reason, the companion volume, Ecstatic Cahoots: Fifty Short Stories, comes across as an enigma. By “Short Stories,” this subtitle means “short-short” or “flash fiction”—most of these tales clock in under two and a half pages, and some are as brief as a paragraph. Unfortunately this form doesn’t provide nearly enough time for Dybek’s trademark cascade of narrative misdirection. Some of these tales are playful, some are dour; on occasion they resonate, but often they read like abandoned experiments, failed ideas that the author was too fond of to discard entirely. After the repeated exhilarations in Paper Lantern, these exercises underwhelm.

The strongest pieces, it isn’t surprising, are those that would have felt at home in Paper Lantern. “The Kiss,” for example, is a clear companion to “Oceanic,” spanning books in a way that suggests a larger connection (Paper Lantern already has a loose “connected stories” feel, with many of the stories sharing a narrator or borrowing characters). Ecstatic Cahoots’ “Córdoba,” perhaps the best story in either book, is a paean to romantic longing—yet finds itself outside of the “Love Stories” collection. All this suggests that these books speak to one another, and given their simultaneous publication and similar branding, they deserve to be read as a single collection rather than separate books with separate aims. It can even be helpful to treat Ecstatic Cahoots as a single entry in the larger realm of Paper Lantern: the collection as a whole embodies the same structure as the longer stories. Making our way from story to story, we’re set loose on a current of language and impulse, and interrupted on occasion by startling moments of exhilaration.

Readers who are prepared for Dybek’s stretches of seemingly aimless drifting, who don’t expect to be steered toward the routine stops along a storyline, will find plenty to admire in both of these books. Anyone less confident in these challenging works, rest assured: you’re in the hands of a master.