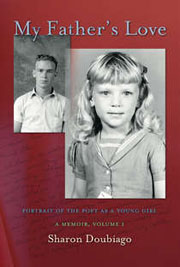 “My soul looks back and wonders how I got over.”
—James Baldwin

Consider how the seminal North American novel, Huckleberry Finn, exalts the commonest among us: a homeless, illiterate orphan and a runaway slave. No wonder, then, that the memoir has emerged as a favored genre in the United States; our national literary taste is inextricably intertwined with our idealization of individualism. Ours is a revision of the genre, however, one that serves as an affront to a tradition that in the past extolled only the well-heeled, famous (or infamous), aristocratic, or exceptionally accomplished. We wallow in the worthy-ordinary, the inextinguishable spirit of the “everyman” (or woman) who, against incredible odds, nevertheless “gets over.”

The telling of our tales, however, is not without literary pitfalls: How does a writer translate and render coherent recollections of intimate experiences when the past only returns to us in fuzzy-edged fragments? How does one merge facts, events, and responses in a form that resonates, as well-wrought art must? That invites understanding? That matters? Struggling to make sense of one’s life is an ennobling act; translating it in a manner that empowers others is a remarkable one; crafting it into fine literature requires an extraordinary skill that only the most accomplished writers have achieved.

Sharon Doubiago’s My Father’s Love never lets her individual experiences dominate the fabric of the social and historic wool from which it is woven. The first fifty pages are saturated with names, dates, places, events—familial and national—in such a way that the reader is required to view everything that follows from this historic landscape. The immediate message is that this narrative is as much about time and place as it is about one young girl’s life. By insisting on this larger framework, Doubiago infuses her memoir with a consciousness that requires the reader to consider the cause and effect of everything that follows.

As she moves from fragile childhood trust and innocence to confusion over her father’s ongoing betrayal and violation, the young Sharon’s poignant point of view is never simply about her; it is an indictment of a society that so trivializes the manhood of a working-class father, so diminishes him, that his humanity slips through his fingers. It staggers reason by reminding readers of the U.S. government’s recommendation that a mother play with a newborn only ten minutes a day—a chilling reminder of the Cold War world into which Doubiago was born. She further underscores the culture’s powerful indifference to the powerless struggling to maintain a healthy human family through newspaper images made vivid by her own mother’s recollections: ”We brought you home from the hospital . . . on every corner was the headline: ‘Hitler, Master of Europe’.” Only the most capable placement and interjection of historic fact can transmute it into potent and compelling metaphor, and Doubiago accomplishes this. In so doing, she overrides the ongoing tension between herself and her father with a much more pervasive conflict: individual survival in a society that promotes war and devalues love.

Assured of his aristocratic Southern heritage, her father is often at a loss to understand his own economic impoverishment and social impotence. He struggles to rebalance his sense of manly worthiness through his sexual prowess and demanding morality, both of which he imposes on his fragile family. Her mother, eager to make right her life, strives to realize a Christian definition of the good wife, the self-sacrificing helpmate, the martyr mother, and is at times more vulnerable than her young daughter. But it is Sharon’s inner conflict that most resonates in this story. The author does not presume to be an objective witness simply charting events; rather, her recollections reveal her subjective bewilderment over her father’s betrayal. Readers will be moved by the audacity of this innocence in the face of cruel violation, moved enough to consider the voice Doubiago has given sexually abused children who have been mercilessly silenced. This voice is neither a yell from a rooftop nor the whine of the wounded; it is the voice of a victim who has refused to be victimized and who deserves to be heard, the voice of redemption.

“Writing forces you to forgive,” the writer Thulani Davis has declared. Like Toni Morrison, Davis believes telling the tale heals not just the storyteller, but those to whom the story is told as well. In My Father’s Love, Doubiago shines a light on the horrific taboo of incest, but she never allows us to isolate it. There is no suggestion that her family, her tale, is unique. Rather she exposes it for what it is: one more example of that which the working poor often must endure. As Sharon struggles to understand and to forgive, we too are required to struggle right along with her. Reading My Father’s Love engages us in a shared, ritual remembering that is at once communal and healing—and therein lies its power.

My Father’s Love is American memoir at its best, a cultural affirmation of our commonness. Doubiago is an acclaimed poet, and her lyrical gifts take her narrative well beyond the tedious recounting of facts that often mar the genre. The traumas of her young life belong to all of us; the assaults on her innocence serve as markers on the too-familiar road many of us have traveled. She often presents the details in the direct diction and syntax of a child’s voice, unelaborated and real. She does not sensationalize or eroticize; rather she “tells” in a language we can all “hear”:

Through this language of innocence and confusion, she puts us there. The repetition emphasizes little Sharon’s powerless, hypnogogic confusion, a reality Doubiago doesn’t want us to miss. To insure we do not, she closes the passage with a heart-wrenching touch of verisimilitude: “I couldn’t help it. I tried to keep the poop in, but it was forced out.”

In this masterful tale of one little girl’s refusal to fall, the personal becomes the political poetically rendered: young Sharon moves on by healing her own wounds, and the beautiful thing is, she requires us to bear witness and become strong right along with her. As James Baldwin wrote in another context, “the moral of the story (and the hope of the world) lies in what one demands, not of others, but of oneself.” In giving a powerful voice to the heretofore unspeakable, Doubiago establishes herself/her life as a living metaphor for an empowered 21st-century woman.