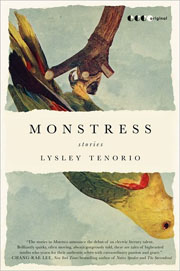 The debate has been long, and inconclusive, and in many ways irrelevant: are MFA programs good for writing, or are they ruining American fiction? One thing is certain: regardless of whether the quality of letters suffers under the current academic model, it hasn’t kept writers away from graduate programs; it hasn’t kept writing programs from proliferating; and it hasn’t stopped agents and publishers from mining programs for fresh, young, marketable talent.

Mark McGurl’s 2009 book The Program Era: Postwar Fiction and the Rise of Creative Writing, brought this debate to the attention of many creative writing programs, adding a new wrinkle to the equation: the “MFA-machine” itself is now firmly and eagerly cognizant of its own questionable worth. Writers come to MFA programs with full knowledge of—and participation in—the critiques against their own endeavors. McGurl hyperbolically summarizes these criticisms in a 2011 response to a review of his book:

A set of otherwise fair questions about creative writing are not so much asked as always-already answered: No, writing cannot be taught. Yes, writing programs are a scam—a kind of Ponzi scheme. Yes, writing programs make all writers sound alike. Yes, they turn writers away from the “real world,” where the real stories are, fastening their gazes to their navels. No, MFA students do not learn anything truly valuable.

McGurl’s overstatement of these observations proves a point: this extreme view is unreasonable, and has furthermore been disproved by many astounding and provocative products of MFA’d authors. The culprit for the debate’s persistence is the vast amount of mediocre work turned out by writing programs. The similarity of these mediocre works—the uniform conventions, the recycled situations and diminishing narrative devices—points the work, and writing programs as a whole, toward the disparagement of their detractors.

On its surface, there is a great amount of mediocrity in Lysley Tenorio’s debut collection of stories, Monstress. His prose seems safe, sometimes dull. His stories cycle through the same themes and plots repeatedly. While peculiar, semi-historical situations flavor his character studies (a fist-fight with the Beatles, a witch-doctor turned entrepreneur, an AWOL American soldier reaching celebrity status in a leper colony), they carry a whiff of formula, as though derived from exercises designed to help “make it new.” In short, this collection exudes all the attributes of an “MFA-machine” product. But oddly, it is this collection’s predictability, its strict coherence to a chosen convention, that enables Monstress to succeed where so many collections fall short.

The book’s homophonous title nicely exemplifies Tenorio’s achievement. Phonetically identical to “monstrous,” the invented word infuses familiar sounds with a softer connotation, a separate narrative. This double-meaning also informs our interpretation of the stories: every character, every story in Monstress, is an exploration of a marginalized, identity-torn individual. In sacrificing their native culture, these characters suffer as outsiders, foreign to the culture they find themselves in and unfit to return to the one they left behind. This is a plight shared by the migrant and the monstrous alike.

The idea of a homophone also provides a metaphor for the stories’ similarities: the characters in every story are Filipino. They either live in or are headed to California. The plots unanimously hinge on a betrayal. And this betrayal is borne of the isolation and dislocation. Like homophones, these stories hold disparate narratives in similar containers—eight versions of the same story, it would seem. This plays directly into the foremost criticism of MFA programs: they homogenize writers and styles, so that every story reads like every other story. Yet Tenorio’s examination and reexamination of these motifs and consequences extends the effect of each story beyond its respective arc: because of their similarities, these tales collude with each other across the table of contents. In this way, Monstress transcends its eight individual stories and reveals a larger guiding narrative at work. With this overarching agenda in mind, Tenorio’s style and language takes on a deeper significance.

Tenorio largely avoids idiom, especially compared to other lauded multicultural writers such as Junot Diaz or Zadie Smith. Rather, Tenorio’s prose is intentionally indistinct: straightforward, measured, simple, though careful and crafted with obvious skill. At times the lyrical elements are so spare they are hardly noticed, as when one character observes, “A slant of light stretches from the half-closed door, grazing the edge of my arm.” This prose seems designed not to distract the reader. More often than not, the transparency and ease of the language does its job: you can’t help but notice the similarities in theme and plot and character and setting, and you allow these similarities to expose inter-story connections. You read between the lines, because the lines aren’t designed to be the focus. Crossing the lines is the focus—a theme Tenorio explores both narratively and linguistically.

Another side effect of Tenorio’s largely homogenous prose is that any appearance of a culturally specific term tends to indicate the characters’ otherness, rather than their character. Witness how the protagonist of “Superassassin” (a character culled from Junot Diaz’s The Brief Wondrous Life of Oscar Wao, in that he is a lonely, comics-obsessed immigrant dealing with an obstinate single mother) describes his mother’s romantic failings:

Her strategy was faulty: she had been making domestic offerings—a home-cooked meal of lumpia and pinakbet, Filipino delicacies she calls her love potions. But they lack any magical properties. Her men always see the food as alien and weird, a little too far from home.

These indigenous recipes are among the handful of non-English words employed in the collection’s 224 pages. The reason this character fails in maintaining a relationship, the narrator claims, is her reluctance to forego her Filipina identity: she resists crossing the culture line and fully assimilating, and this is why she remains alone. This is a consequence present in each ofMonstress’s offerings.

Tenorio’s characters never question whether they ought to desire America: the desire for America is simply a fact of their setting. In “Help,” an impressionable Filipino youth beseeches his uncle, an airport employee, to explain how the world is connected by air travel: “‘Where do they go?’ I asked. I was seven, maybe eight years old. ‘That way,’ he pointed skyward, then moved his hand to the side. ‘Then that way.’ I always assumed he meant to the States.” The result of this constant desire to incorporate an ideal of America into their identities (and to incorporate their identities into a new culture) is unfailingly betrayal. The characters betray each other to get to America, they betray each other to stay in America, they betray their countrymen by abandoning the Phillipines.

The lasting impact of Monstress is different for its readers and characters. The unfortunate men and women in Tenorio’s tales do not belong anywhere; there is no community they can access. Readers, however, achieve precisely that state the characters seek: they hold multiple narratives in mind simultaneously. As you read through this collection, each previous story remains in your memory and participates in your understanding. The characters try and fail to access this multiplicity, and as such Tenorio creates a coherent, subtle, and thorough portrait of what it means to be isolated, otherized, monstrous.