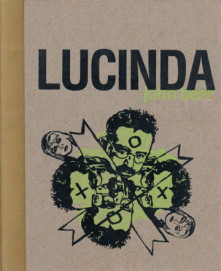 Once you have figured out that every idea comes from somewhere, everyone’s inner self is a confluence of influences, every claim about any shared feeling drops the claimant into one or another layer of the great hermeneutic circle, everything’s borrowed, and nothing’s uniquely you, should you—if you have set out to create poetry—give up on representing strong feeling entirely, trying instead for a frictionless intervention into one or another debate? Or should you do as much as you can to show how it feels to have feelings anyway, how to put passion into its strongest terms, while acknowledging that it, and you, and we are crisscrossed by discourse?

The former course seems more common, but John Beer’s having none of it; this elegantly assembled short book, or big chapbook, following up Beer’s The Waste Land and Other Poems, appropriates (as did his Waste Land) titles and lines from preexisting works, as if to show how they inhabit him, but then concocts effects that seem traditional, descriptive, emotional, even (cough) lyrical anyway. It’s glorious, drawing on Jonathan Richman and Friedrich Schlegel (as well as the titular singer, Lucinda Williams), especially when Beer gets to deploy his uncommonly fluent blank verse (though there are also prose blocks, lists, and several flavors of quatrain). His pages reach for an intimacy that comes after, rather than denying, the knowledge that we are constructed, deferred, incomplete:

In other words, I need to sit right down
And finish up this letter. You should make believe
It really came from me. I’m going back now
And adding all the passion and innocence
That you couldn’t find before: you knew it was there,
But you just couldn’t see it, sitting in your room,
Twirling a pen around your finger, trying on
A big red hat. It’s not hard to give up on your dream.

Other pages use appropriated texts: they are mash-ups that endorse and update, rather than undercutting, what their source tries to say. The Richman of The Modern Lovers visits “The Museum of Fine Arts in Jena” and hopes to “look right through the Absolute;” later Richman/ Schlegel/Beer (with a side of Nietzsche) asks, “Isn’t there a world behind this world? Can’t I take the subway to your suburbs sometime?” (See Richman’s songs “Girlfriend” and “Hospital.”)

Like Beer’s far larger previous book, Lucinda plays games with the bounds of “a poem”: is the blank verse on the final page, after the acknowledgements, part of a book-length work, or an untitled poem of its own? Are the smallest prose units meant as independent? What about the bits that look like footnotes? Or the copyright page (“Bound with Internet, loose morals, smoke . . .”)? These puzzles about the boundaries of one work of art also imply puzzles about the boundaries of historical periods, and even of persons: if none of my ideas, feelings, or even artistic techniques are original, who’s to say I’m not just another version of you?

But if identity and originality are suspect here, feeling is not: nor is artistic making. “Our ideas of civilization still suck, errata sheets attached to a book that some hipster misplaced, and still, that tiny book could do a whole lot more than you were ever planning to with your life.” Lucinda is simpler than Beer’s Waste Land, less canny, more devoted to yearning (he yearns to find love, or make art) because its sources are devoted too: the tongue-in-cheek bits are just bits, the admissions that we are all intertextual fade (though they never vanish entirely) and the whole book ends up showing how a thoughtful poet has entered the realms of radical historicism, of self-consuming skepticism, and come out the other side. Here he is, full of texts as he may be, and here we are.