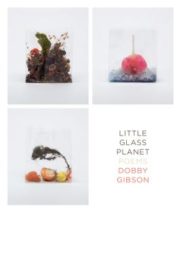 If Dobby Gibson can be said to have a single subject, it’s one that makes his collections (four so far) consistent and wondrous, but also makes them hard to praise in brief: he writes about what Sigmund Freud named “ordinary unhappiness,” the discontent and persistent pain that come, not from one or another specific event, not from an especially painful or heroic or unlucky life course, but from the daily repetitions of an American domestic adulthood, driveway to bedroom, sunrise to noon to night. Why can’t we like it? Why can’t we get totally satisfied with the way things are, and (as Blaise Pascal said) remain, contently and quietly, in our rooms?

Pascal also chose to believe in a supreme God, a guarantor of justice if not love. If there are divinities in Gibson’s world, on the other hand, they are plural, and small-scale, and ineffective. Gibson prays (in “Prayer for November”) “Loyal docents, restless spirits of lost chess-masters, / dogs with one eye, lead us home. . . . // Promise it won’t end in any of the ways / we think it will.” The neighborhood in this poem, with its “breeze” and its “skywriters,” promises only that “we can be loved after all.” “Can,” not “are,” not “will.” It’s a slender reed: how’s yours?

Headline news in the age of Trump, small parenting victories, and worries about the advance of digital technology all enter this book as shifting foregrounds while that ordinary unhappiness lights up the back. When Gibson picks up his phone, “I swipe down with my thumb / to refresh the present” and “the Next Now arrives in the nick of time. // Next Now, heal us with opportunity. / Next Later, assure us our preferences have been saved.” (They will not be saved.) The “antique Korean fishing bobber” that provides Gibson’s book title speaks to the gradual waste (so it seems on a bad day) or blessed utility (so it seems on a better day) of any human life, especially the poet’s own: “You are a beautiful bauble it’s hard to imagine / anyone hurling you into the sea, / but eventually we all have a job to do.”

The standard Gibson poem—and almost any Gibson poem before this book—consists of indicative sentences, arranged in free verse down the page, their tone either diffident or frustrated or else quietly appreciative, their standout nouns alternately concrete and abstract. It’s a kind of poem other people write too: Gibson is simply better (and quieter and more often realistically sad) than most of the other people who write it, few of whom could admit (as he does) “Most of my predictions are honestly / just hopes.” But Gibson has now determined not to make this demotic lyric the only kind of poem he writes. In between handfuls of typical Gibson constructions in Little Glass Planet come a poem called “Drone,” three pages of rhetorical questions; “Roll Call,” a page-long checklist; a “Litany,” some of whose lines are just first names; a list of rejected titles, called “Selected Poems.”

We also get two longish poems about time spent in Marfa, Texas, where—like other poets who have written about the experience (Peter Reading, Jeffrey Yang)—Gibson had a residency. His Marfa is fire trucks, signs for local elections, flatness, sunlight, and missing his family: “I can still hear the dishes // being put away in St. Paul”; “I tried / and failed to see // the Marfa lights.” There’s less here than in older books about Minnesota, where Gibson still lives, but when Gibson does refer to his Midwest, it shines: “The first time I walked / out onto a lake in the middle of January / I knew I could go anywhere.” Even this symbol of hope can and must crack in spring.

Despite the two long poems, Little Glass Planet feels shorter than Gibson’s prior books, and more powerful, and sadder too: the poet, now older, his neo-Surrealist roots thoroughly pruned, stands closer than ever to entropy, to inertia, to the middle-aged feeling that there can truly be nothing better than this life right now, or not for him, not any more. Few poets since Larkin have chronicled with such force the kind of middle-aged dejection Gibson presents in “What the Cold Wants”:

Room temperature is a miracle.
That’s what the cold wants you to believe,
that it’s perfectly normal
and should be allowed to feel
right at home as it slithers under your door
to begin making a meal of your toes.

Room temperature is a miracle—the existence of people you love, of people at all, including yourself, is a miracle; but it’s a logical fallacy to move from appreciating that miracle to believing things cannot get better, that you or your family or your neighborhood or your love life or your cuisine can’t change and improve. That’s what the cold would like you to believe, and Gibson keeps almost believing it. But hope creeps in.

Then it creeps out. Is hope only what we feed ourselves so we can go on raising children, being parents who don’t cash out? “For reasons no one can understand we believe / that for our children it will not be too late.” That’s how one poem ends. It’s scary: it’s self-erasure, not the dramatic, dangerous, Plathian kind but the kind where the poet may wish he could just fade away, or become a pure creature of habit, sans introspection: “remember being a person / is two thirds being a pattern.” Gibson’s demographics—he is a white cis male Midwestern father married to a woman—are the kind that in previous generations would have gone unremarked: they are what linguists call unmarked, and Gibson sometimes seems to fear that he is (therefore) uninteresting, unremarkable. He dubs himself, in the Marfa poems, “the Forgetmenaut,” as if he were sailing into oblivion: he, or his stand-in, muses “I can’t remember what it was // I urgently sent/ myself into this world to do.” And yet, he concludes (still in Marfa), “We’re trapped inside diamonds // but when we think of one another / we can make the diamonds spin.”

Approach this book in the right mood, and you may weep or smile or spin your own diamonds. Approach it in the wrong one and you may wish either for the poet to cry out that he can’t take this kind of life any more, or for a better life to reveal its shape. As with Thomas Hardy, that earlier pessimist, there’s a great deal of love in this poetry—love for other human beings, for those spinning diamonds, and for the future a post-Trump America might still bring, to Texas and to Minnesota. It’s a kind of poetry every generation may need.