Text and photographs by Michael Gizzi
with Penelope Creeley

There’s a flimsiness to upstate New York as one approaches from the East, through the Melvillean hills of western Massachusetts. The farms become ratty, worn out, the trees scraggly, in need of pruning, winter-damaged; often blighted. From the romance of a country lifestyle one is faced by the fact of a country life: hands chapped and blistered, not dabbled in the dew; houses damp and rotting, not shabby-chic.

Perhaps coming from New York City, one feels continuity from the prosperity of the Hudson Valley. But we came from the East. The straggling houses of the village of Hudson gradually clump together to form the odd mixture of hopeless clinging bygone days, the toothless gaps of 1950s concrete-block convenience stores and their inevitable still-hurting demolition-site parking lots; and then a nostalgic hopefulness of 1980s–’90s renewal, the antique stores and carefully hip restaurants that form the eager but exhausted-already-sorry Main Street.

There can be no question. Once you arrive at John and David’s place, you know you are there. You have reached the epicenter of Hudson. At John and David’s all changes. Uncertainty disappears. A big, generous warm solidity exudes a promise of warmth and comfort, of well-considered plenty. You arrive with relief and hope. You recognize from the outside, even, there’s room for company, if you’re lucky. You know that an absolute privacy lies within, a quiet that permits looking out, but no peeking in, no unwanted intrusion. This time, though, the wide steps come way out to meet you, come generously halfway to the street to sweep you to the sheltering portico. The massive baronial door will open for you this time. Soft lamps and rich glowing pools of light, high ceilings and deep wood, wonders of twentieth-century art made personal by loving context, odd juxtaposition, profusions of samples of decades will converge into a wonder of living particularity. You have arrived, you are now part of John and David's complex home, chosen the perfect knowledge of the recognition of place, that can only come from intimacy, from personal delight. 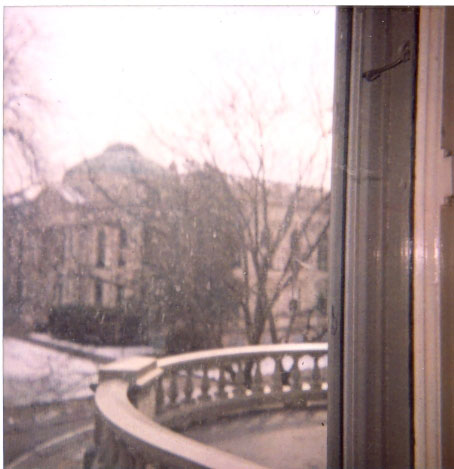 The very impressive poet’s house is situated on a corner across from the Greek Revival Columbia County Courthouse. One has a feeling that the courthouse will recede in proportion to one’s approach in a kind of hookah effect. You sense, in the rectilinear logic of the massive grey courthouse that tries to be discrete, a rhinoceros in the room, an elephant in the house. Trees are situated appropriately, maybe in accordance with an old, Dutch astrologer’s zodiacal chart. The scene is quintessential Upstate. One could make a concordance of the trees in John’s poetry. With each successive book there are more trees. And it would be a fruitful undertaking to enumerate the many arboreal manifestations in his work.

This old administrative square of Hudson is not the commercial center, the haphazard marketplace, but the place of law and culture. This veritable eminence gris makes John and David’s house seem positively jaunty by comparison. Theirs is where the judge takes off his wig, scratches a little and drinks sherry before his roast biff. Where his wide-hipped wife would see to it that the servants ministered to his every need, that his daughters were the best-dressed gals between Hudson and the Berkshires. When our imaginary portly judge would return to work, he would venture down the wide, safely shallow grand stairs of his statuesque residence, take the few steps to the sidewalk and be back in the public domain. He would cross the street and be once again under shelter, this time from the spreading, important-feeling trees that make the courthouse a Knickerbocker space station.

John and David’s house still has the grandeur and comfort our judge would have recognized. The dignity is all there. Could it come from those trees on either side of the grand entrance? What are they, after all? Not beeches, or oaks. Those one might have expected from the weightiness of the house. Not maples, like everywhere else, those marriage trees that were planted on either side of every front door when the hopeful young couple moved in. Look closely. Those trees on either side of John and David’s front door are locusts, honey locusts—a variety of thornless cultivar called Shademaster. What an interesting choice. They have some size and dignity now, you realize. John and David must have planted them when they moved in, hopeful too. 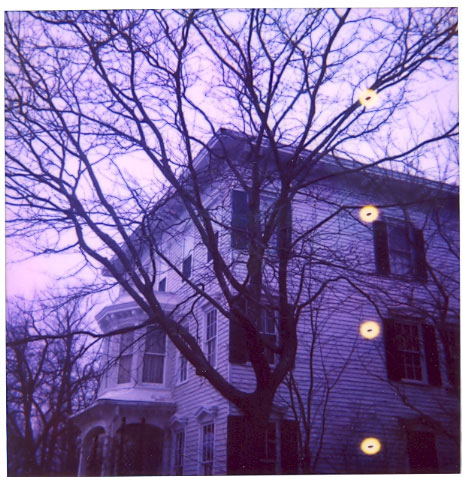 A modest little privet hedge borders the sidewalk, gaps to mark the entrance to the grandiloquent steps. Locusts. To me they are farm trees, a bit scraggly with twiggy dead wood. I am used to seeing them growing around a barn to give shelter to the animals. They smell wonderful in the summer, when their long creamy racemes bring in bees like bomber squadrons, and their light shade makes an appealing relief over the hoof-pocked earth. Yet somehow they fit perfectly in front of the solid blocks of stone. How come? I consider, musing. I realize then the harmony comes from a contemporary wit that blends the romance and the reality of upstate New York, recognizes the raw hardship of farm life in the trees’ more familiar use, and the fragile hope of the reviving town in the vulnerability of the variety.

Locusts are prone to breaking under the weight of winter snows or in high winds. In the late 1980s a heavy duty ice storm altered the landscape in this part of the Northeast. I remember the date: October 4th. John phoned. He was anxious to know if anything could be done to save his desecrated honey locusts. The approach to the house would be more than an eyesore should they not survive.

Both trees had been twisted and broken. The Linnean epithet "tortuosa" screamed in the storm damage. In my mind’s eye I was flipping through pages of my arborist’s bible. To resurrect the trees they had to be drastically reshaped. There was a lively banter throughout the surgery, John and my brother Pete on the ground, me in the trees. An entirely new haircut was in order. I had to cut into manageable pieces all the branches I’d removed so that Pete and I could stuff them into the trunk and back seat of my Olds 88. We were the sort of ham-and-egg brigade I would have scoffed at (and did) in my professional days as a tree surgeon. But I can still hear that hamadryad of the New York School, Jimmy Schuyler, his gurgling basso profundo: Michael, you’ve done a wonderful thing for John’s locusts. 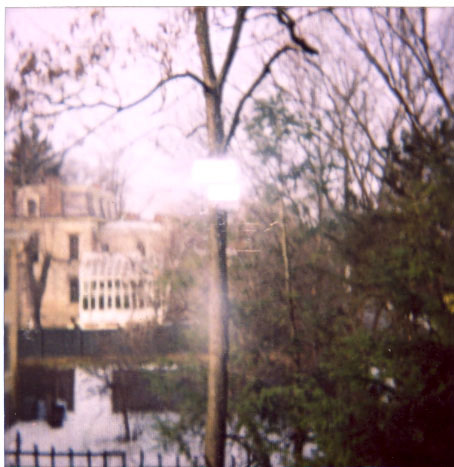 The locusts gradually reshaped. The severe haircut eventually returned their natural wave. Their light shade now keeps the dignity of the house, lets the privet grow beneath, lets those inside see out but keeps the street at a discreet distance. These trees are a veil of fine lace, not farmy muslin. They know their country cousins, but work hard in their village context, and whisper to a stranger of the witty delights behind the walls they shelter, the knowledge of place that means a true home, an unpretentiousness that means rootedness, a humor and confidence that means fun awaits. Welcome to John and David’s. We enter, and it is good.