Third Man Records has been at the forefront of a vinyl-record renaissance for over a decade, releasing a string of albums whose physical forms are every bit as beautiful and compelling as the music they contain. With Language Lessons: Volume 1, Jack White’s label makes its first foray into literary publishing under the newly launched banner of Third Man Books, with similar excellence and swagger. 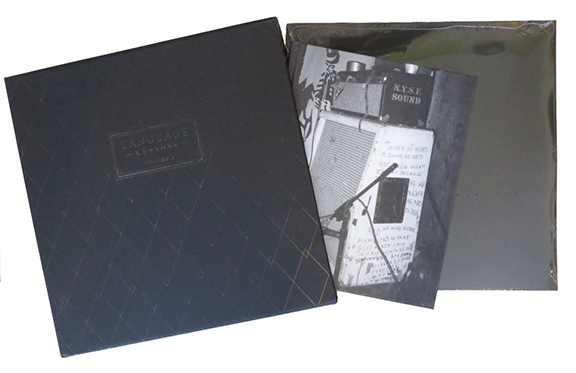 To call Language Lessons a “book” is an understatement; the release is packaged like a vinyl box set, and includes two LPs of recordings, a hardbound anthology of poetry, fiction, and nonfiction, and five broadsides of poetry and art. In its preface, Chet Weise explains how he and co-editor Ben Swank saw Language Lessons develop out of their DIY-style reading series (called Poetry Sucks!) in Nashville. He writes, “We decided that, like the PS! reading series, the anthology should include all types of voices: from pens to keyboards, from vocal cords to guitar chords.” Weise also notes that the anthology includes “authors recognized by the Pulitzer Prize and the National Book Award alongside those experiencing the excitement of seeing their words in print for the first time.”

If we imagine that a traditional literary anthology is like spending an evening at the opera, then Language Lessons is like stumbling upon a late-night open mic at your local bar. As with any open mic, there are moments of both sublime genius and occasional shortfall, wide oscillations between brashness and shyness. There are memorable selections from longtime luminaries including C.D. Wright and Frank Stanford, and a strong assemblage of poetry and prose by newer generations of authors like Wayne Miller, Nicky Beer, and Zachary Schomburg. But Language Lessons truly breaks ground by placing these established academic-literary writers alongside spoken word artists, punk rockers, and folksingers, making a convincing case that these performance-based genres of writing deserve to be included in conversations about contemporary literature in America. 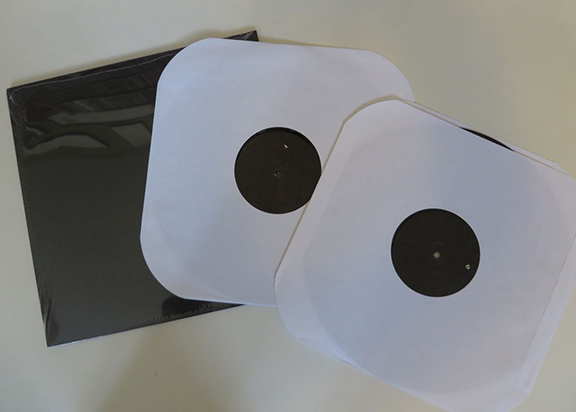 Although not officially a “writing about music” anthology, music certainly serves as a uniting theme for the work in Language Lessons. The Beat Generation’s stylistic shadow looms large in many of the pieces, in which high-energy, comma-connected images attempt to mimic the cadences of improvised jazz, rock, and blues. Across the wide selection of writers, one also begins to notice certain verbal tics that appear over and over: poets self-consciously reversing and rewriting lines within poems, fiction writers using shocking sentence fragments to close a section of prose. These overused gestures skirt the line of cliché, but they also develop into a meaningful common vocabulary, like a chord pattern or a blues scale: something for all artists to share, and to make their own.

Some of the pieces serve simply to sing the praise of particular songs or bands, or to reminisce about intersections of popular music and personal history, but the strongest ones use music as a touchstone for deeper arguments about race, class, and gender. Adrian Matejka’s poem “Tyndall Armory,” in which he recounts an early Public Enemy show, ends with the passage:

. . . And when Chuck D mugged
the stage, African medallion swinging
like left hooks, baseball cap pulled down
so low his eyes were the idea of eyes,
the heat in that room was enough to make
any Tom reconsider his friendships.

Language Lessons is full of stunning moments like this one: they remind the reader that, at their best, literature and music can lead the charge in periods of political upheaval and social change. With earth-shaking lines like these still ringing in one’s ears, it can sometimes be a letdown to then turn the page and find a poem about wasting time on the Internet, or about being hung over, or about tendrils of frost on window. But that’s the beauty of Language Lessons’ open-mic-style ethos: each writer has his or her allotted time onstage, and has been given the editors’ implicit blessing to use that time however they see fit. 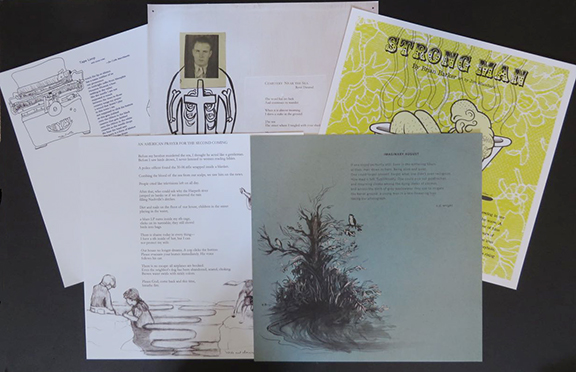 In the preface to Language Lessons, Weise astutely predicts, “You’re not going to like all of it. You’d be a nutjob if you did.” This is a refreshing premise for an anthology, and it speaks to the profound sense of inclusiveness and optimism at the heart of the DIY movement. As much as any hand-stapled, mimeographed zine, Language Lessons comes across as both a labor of love and a physical embodiment of a vibrant scene.