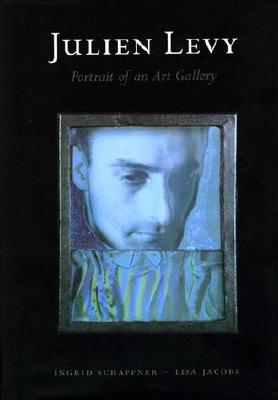 In January 1932, the Julien Levy Gallery presented the first exhibition of Surrealism in New York, assured ample publicity by the presence of Salvador Dalí, whose work was being shown in New York for the very first time. But Dalí was not Levy's only outstanding New York "first"; others included Joseph Cornell, Max Ernst, Alberto Giacometti, Frida Kahlo, and René Magritte; and Levy' s interests extended beyond Surrealism to the Neo-Romantics and Magic Realism, beyond paintings and sculpture to film and photography, and beyond "high art," to various kinds of popular art. He was one of the first to exhibit Walt Disney' s work in a commercial gallery, while also giving Luis Buñuel's Un Chien Andalou its first U.S. showing. His taste in photography was catholic, finding common ground between Walker Evans's documentary work, Jean-Eugene-Auguste Atget's near-surreal records of Parisian buildings, the artifice of Lee Miller and Man Ray, and Cartier-Bresson's "decisive moments."

Supremely gifted facilitators are often not especially self-effacing. Fittingly, the largest illustrations in this book are nearly all of Levy himself: Levy and his first wife, Joella, hanging a Max Ernst (photographed by Lee Miller); Levy and his second wife, Muriel, playing simultaneous games of chess with Max Ernst and Dorothea Tanning; Levy's celebrated profile in a portrait by Jay Leyda. The dustjacket shows Levy in a "daguerrotype-object" by Cornell; the dramatic cropping makes his face appear to be bursting out of the frame, floating above a row of roughly sketched skirts and pants—a witty representation of the lower halves of his gallery visitors, perhaps, all dressed up for a cocktail opening. The only other full-page illustration is a portrait of Mina Loy. As Carolyn Burke describes, in a chapter devoted to Levy's "Loy-alism," she was muse, mother-in-law (mother of Levy's first wife), and agent.

Julien Levy: Portrait of an Art Gallery was produced in conjunction with the exhibition of the same name at The Equitable Gallery, New York in Fall, 1998. It provides a scrapbook of the gallery from its beginnings in November, 1931, (with an "American Photography Retrospective" arranged with the help of Alfred Stieglitz) to its final closure in 1949. Alongside illustrations of some of the major works that passed through Levy's hands, the book shows catalog covers, plans for a wall the "shape of an artist's palette" featured in one of the gallery's sites, and other ephemera. It explains Levy's many innovations in gallery management and publicity, and looks at his contribution to the development of museums and galleries in the U.S. Visitors to the Julien Levy Gallery would find themselves surrounded by some of the most sensational art in New York, and this book is a celebration of that coming-together. After all, the contemporary gallery that Levy helped to create is more than a location; it's an occasion, a performance space, a place for a party.