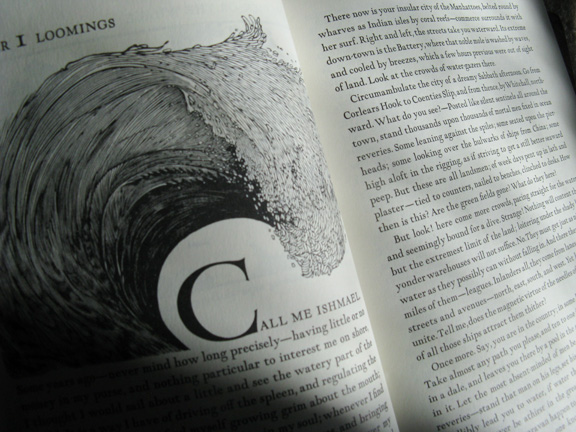 “A sentence is a sound in itself in which other sounds called words may be strung.”
—Robert Frost

There is no reason to believe that this opening sentence will end with the word euphoric. It could, of course, end with any word in any language of the world. Ah, the magic, mystery, and excitement of the sentence! Such freedom to think, to feel, and then write. Even fragments of sentences can float with suddenness.

Perhaps the most well known opening sentence to an American literary work, from Herman Melville’s Moby-Dick, is “Call me Ishmael,” but David Kirby in his poem “Looking For Percy Sledge” nominates another:

I recall the most beautiful first sentence of any story
ever written, Poe’s “Fall of the House of Usher,”
which begins: “During the whole of a dull, dark, and soundless day
in the autumn of the year, when the clouds hung
oppressively low in the heavens, I had been passing alone,
on horseback, through a singularly dreary tract of country.”

Sometimes it happens that a sentence arrives out of nowhere to bring some measure of clarity to our experience. A.O. Scott, watching a documentary film, recounts how a sentence from The Scarlet Letter clarified his response to the material on the screen:

As I was watching “Inside Job,” Charles Ferguson’s meticulous and infuriating documentary about the causes and consequences of the financial crisis of 2008, an odd, archaic sentence kept popping into my head. The words come from the second chapter of “The Scarlet Letter” and are spoken in frustration and disgust by an old Puritan woman who watches Hester Prynne, publicly disgraced but without any sign of remorse, making her way from Salem’s prison to a scaffold in its market square. She “has brought shame upon us all,” the anonymous woman remarks. “Is there no law for it?” [A.O. Scott, The New York Times (October 7, 20l0)]

Robert Frost once declared, “Sentences are not different enough to hold the attention unless they are dramatic.” But Frost was wrong. There are many different kinds of sentences, from the quotidian “please pass the butter” to the classic mnemonic that uses every letter in the English alphabet, “The quick brown fox jumps over the lazy dog”—just as a well-wrought sentence leaps over the inattentive reader. Sentences can also be sexy, such as Molly Bloom’s long exaltation in Ulysses, though humorist Jeff Foxworthy proposed a shorter one when he asked, “What’s the sexiest four word sentence in the English language?” His answer: “It’s when a southern woman says, “Hey, y’all, I’m drunk.”

Poetry often provides some of the finest syntactical gems in sentences—take Barrett Watten’s line, “To make a city into a season is to wear sunglasses inside a volcano,” or Ron Padgett’s “The tartar sauce lesson was misunderstood / By those who didn’t even want to miss it.” And some sentences are great vehicles for wordplay. Dmitiri A. Borgman constructed the following sentence in such a way that each word has one more letter than the one preceding it:

Perhaps the best description of a single sentence belongs to George Steiner, writing about the conclusion of Claude Levi-Strauss’s Tristes Tropiques in the June 3, 1974 issue of The New Yorker:

There was the coda—a leviathan of a sentence, clause piling on ornate clause, a baroque sforzando quavering to rest in the image, at once ludicrous and magical, of “the brief glance, heavy with patience, serenity, and mutual forgiveness, that, through some involuntary understanding, one can sometimes exchange with a cat” (a good stab at translation, yet one that misses both the pathos of “alourdi de patience” and the hint of almost theological grace in “pardon reciproque qu’une entente involontaire permet parfois”).

Really good sentences can amuse, intrigue, and sometimes baffle their readers. With their magical euphoria, they can invert that mysterious creative process: we read, we feel, and then we think. I’ve named a few of my favorites above: now, what are yours?