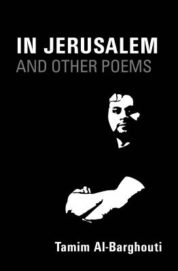 The subject of walls dominates the political discourse of the moment. This has prompted some examination of their functionality, of the privilege of those they protect and the suffering of those they obstruct—and of “the wall” as a symbol of separation between nations and individuals. There has even been discussion of Israel’s border wall, much of which stands within the West Bank. This stretch of Israel-built barrier is routinely touted as an effective model by proponents of a U.S./Mexico wall, while the converse argument might best be summarized by Robert Frost, who famously wrote, “Something there is that doesn’t love a wall.”

Frost’s “Mending Wall” notwithstanding, the poet’s perspective is almost entirely absent from our current conversation. This is unfortunate, as the poet is capable of crystallizing the experience of separation and longing, and of presenting more succinctly and eloquently than the politician or the pundit. However, those who are interested in such a perspective will find it on full display in the collection In Jerusalem and Other Poems by Palestinian poet Tamim Al-Barghouti.

Al-Barghouti is a poet of the displaced. The ache of a homeland lost or walled-off rings out through his poems, beautifully translated here from the Arabic by Radwa Ashour and himself. Each of his poems’ speakers exists in a world of barriers both seen and unseen, and each one moves through its cordoned-off creation with an urgent awareness of the dangers and challenges waiting in the shadows of those walls: the government, the desert, depression, hunger, thirst. Al-Barghouti’s poems remain inward-looking and reflective even when they become bitterly sorrowful and reactionary. For example, “The State” compares the government and the oppressed to the hyena and the deer—the predator and its vastly more numerous prey. Were the oppressed to turn all at once, the poet posits, the oppressor would be crushed “bone and all.” This, he laments, rarely happens. “The deer do not fear the hyena much,” he writes, “they only doubt themselves.”

Hopelessness is always standing guard in these poems, but Al-Barghouti shows his readers secret paths to reassurance and comfort. His message is not one of futility and fragmentation, but of perseverance and acceptance. The lines, “God willed the brilliant incongruity / Which sees a person broken when they’re whole / Whole when they’re broken . . . / And most valiant when wounded,” from a poem titled “Joy,” reveal the poet’s rugged spirit and serve as a synecdoche of sorts—the drop of water in which the ocean of Al-Barghouti’s poems can be discerned.

Al-Barghouti’s voice arises from a specific place and historical moment—his poems primarily address the ongoing Israeli occupation of Palestine—but American readers will find resonances in his work, as well as warnings, as they consider the possibility of a wall on their own border, and the shadow such a wall might cast on another people, as well as on themselves.