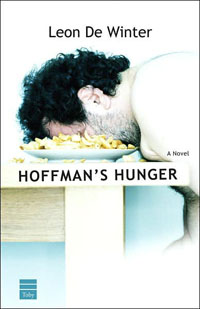 “Now what do you want to know?” asks the gatekeeper. “You are insatiable.”
—Franz Kafka, The Trial

There is only one truly serious philosophical problem, and that is suicide. To judge whether life is or is not worth living is to answer the fundamental question of philosophy.
—Albert Camus, The Myth of Sisyphus

In the beginning there was a river. The river became a road and the road branched out to the whole world. And because the road was once a river it was always hungry.
—Ben Okri, The Famished Road

In recent world literature, there is a widespread hunger to reckon with the legacy of the 20th century. The epic task of translating its weight on human consciousness means a spate of authors from around the globe are compelled to revisit History writ large, alternately focusing on the buildup to World War II, the Holocaust, the ensuing Cold War, the era of decolonization and neocolonialism, the breakup of the Soviet Union—and the consequences of such radical shifts in the world’s geopolitical and cultural imaginary. In Leon de Winter’s splendid novel Hoffman’s Hunger, protagonist Felix Hoffman happens to be thinking about all of these things as he deals with myriad physical ailments and searches vainly for happiness by reading Spinoza and gorging himself on food and drink.

Death-driven and self-loathing, in Hoffman we see a convincing archetype of the insatiable century he’s ashamed to be surviving. Currently the Dutch ambassador to Czechoslovakia and living in Prague, Hoffman is also a Holocaust survivor, and has lost his twin daughters—one to a strange, heartbreaking illness in the 1960s, the other to drugs in the 1980s. Astonishingly, de Winter seems to have written this work during or extremely close to the novel’s narrative present, the second half of 1989. Originally published in 1990, and a bestseller in Holland and Germany, this is apparently the first of Leon de Winter’s works to appear in English (in a deft translation by Arnold and Erica Pomerans), meaning that it took the post-Cold War era of globalization to bring this ambitious and engaging novel into our language.

One cannot help but wonder why this is. Towards the end of the novel, Hoffman thinks: “The destruction of the [Berlin] Wall marked the beginning of the end. It seemed out of the question that a lasting peace would descend upon Europe. Peace had always been based on fear in the continent.” It is a curious kind of rumination, typical of Hoffman’s skepticism and more than a tad ironic coming from a purported promoter of Western diplomacy and development. The novel’s frequent conjectures eerily anticipate the turn of the century’s transition from Iron Curtain to European Union, a transition defined by numerous balkanizations, intense immigration fluxes, national identity crises, and incredible bloodshed. What have we learned exactly? Felix, our insatiable antiheroic hero, desperately wants to know.

In addition to the eerie sense of prescience one feels when reading Prague’s most celebrated chronicler of alienation, Hoffman’s Hunger shares with Kafka an obsession with the body, unforgettably inscribed in stories like “A Hunger Artist” and “In the Penal Colony.” Where Kafka’s hunger artist cannot find anything he likes to eat, de Winter’s Hoffman—as well as an obese American character named Freddy Mancini—cannot find any way to stop eating. The awkward cocktail parties and cloak and dagger politics of the novel come replete with profound ruminations on the nature of happiness, guilt, death and greed.

It is hard not to see the allegorical potential of such hunger: we consume and consume but are never satisfied; our desires are destined to be our undoing. Food serves as both a sublimate for something deeper and more frightening within us, and as a site in which all of these hungers, fears, and Cold War cultural identities are contested. De Winter reminds us that beneath the cliché “you are what you eat” lurks a global politics of cultural consumption.

Though Hoffman’s Hunger is as heady as it is heavy, it is paradoxically a fast, intense read, and somehow more moving than depressing. Perhaps this comes from the yearning de Winter adds to the debauchery and pathos of the unsatisfied existences and failing bodies of his primary characters—the all-too-human desire for knowledge, for happiness, for love, for survival, for meaning. This novel is indeed a lot to chew on, but to the translators of Leon de Winter, it must be asked: can I please have some more?