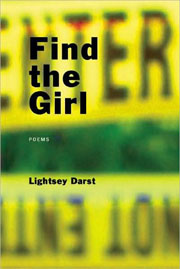 There is an expression, coined in a popular work of 1970s feminist lit crit, to describe the violence of reducing women to an aesthetic ideal: “killed into art.” It refers most pointedly to how such idealization deprives its subject of an existence outside the still life of the image, but the language also vividly acknowledges the female body as the enduring object of both real violence and aestheticization. Examples, of course, abound: Ovid’s rendition of how Dis carries off the nubile, flower-gathering Proserpina is textbook, as are all those photographic portraits of murdered child beauty queen JonBenét Ramsey. Most recently, the popularity of the crime scene investigation as entertainment, with its lurid camera angles and lingering close-ups of slashed white flesh, unflinchingly presents this intersection of violence and aesthetics in the female body. This fetish of the minute particulars of happenstance and human anatomy, its distillation of a life into these particulars, becomes the dominant metaphor of Lightsey Darst’s debut collection of poetry, which is focused on the adolescent girl.

Darst’s book is called Find the Girl, and within the landscape of crime scene and female adolescence it surveys, the title suggests not only the view of investigator and aggrieved family, but that of the lurking predator and—poignantly—of the still inchoate figure of the girl herself, never fully realized before she disappeared. We hear all of these voices as Darst’s brief, often fragmented poems shift from one perspective to another. And fixated as each voice is on the adolescent girl, as subject and as aestheticized object, we are always at the crime scene. This crime scene, then, is eternal—one that Darst locates in myth and folktale, across history, and on the evening news. Some titles, such as “Young Gretel,” “Young Helen,” “JonBenét,” and “Kore” summon explicit figures. More often, though, Darst’s subjects are nameless but steeped in the cultural mythology that haunts them: “Beautiful as a plum, my girl—” one poem begins; “The woods are green, the path winds / through blackberries” begins another.

This is a mythology that can’t separate female adolescence from fear and danger, where “fertile” is inevitably followed by “in trouble,” so that the crime scene and the deep dark woods of fairy tale converge, and the cautionary tale of a Little Red Riding Hood easily becomes the site of an investigation. “Unlike an amateur, I can tell wolves from bones,” says the investigative voice of “[open & know].” “The thigh bone is a giveaway; the pelvis is better.” Precisely what marks these figures as girlish is what enchants the predator and dooms them, and what renders their remains identifiable. Similarly, Darst’s depiction of the fertile, vegetal imagery of female adolescence evokes both the woods of fairy tales and the sites of recovered bodies:

finding its way through sockets

It is in these moments of thematic confluence that Darst’s poems are strongest, as if she were uncovering the cruel symmetries of natural law.

One might imagine that, for a poet, to “find the girl” is to consider fully the variations on a theme, to animate it past its own cliché. Unfortunately, Darst’s efforts are least compelling when she has removed the girl from the uncanny imagery of the fairy tale crime scene. Ordinary settings, such as those of “[A few things I learned about sex]” and “not because I’m dirty not because I’m,” report the atrocities of everyday misogyny but fail to ground them in any kind of metaphor that would allow for the shock of rediscovery that the more successful poems do. “They separated us for sex ed,” begins the former. “We asked about erections, not about pleasure.” Likewise, when Darst more overtly critiques this common mythology of fear and fetish, her eerie tone turns to tired rhetoric. The girl in “[House]” asks “why is it my part to allow / to have it in me / & open that store to others,” then acknowledges that “I am not a discoverer I am land that must be cleared.” Point taken, but we need to uncover it in the particulars of Darst’s fairytale crime scenes—not in such ordinary daylight.

As a collection, Find the Girl presents not a linear narrative, but fragments. Our knowledge of this darkly familiar world gathers in its accretion of voices, each recounting the same archetypal story from a slightly different perspective. These poems, composed of broken lines and interrupted voices, are glimpses into that larger story that the mythic span of the collection suggests. While the absence of any kind of rhythm can at times make the lines feel flat, the fragmentation of each small narrative is underscored and visually unmistakable. Darst uses broad caesuras and unevenly broken lines; italicized thought breaks into foregrounded voice, and the verse is cryptically strewn with asterisks, slashes, and brackets that suggest fissures and absences in the text. This fragmented technique effectively mimics the piecework of the investigator who can only ever partially reconstruct the crime from “inclination of goldenrod & sun’s apex / that afternoon” or “one strand of white-blonde hair / among these trays of numbered bones.” In this respect, we come to see the investigator as another version of the poet, who perpetually reassembles old stories out of her own experience. Our fascination with violence, then, comes to seem understandable:Find the Girl is as much about what gets killed into art as it is about making sense of the crime.